How I Effortlessly Incorporate Supporting Other Women Into My Life 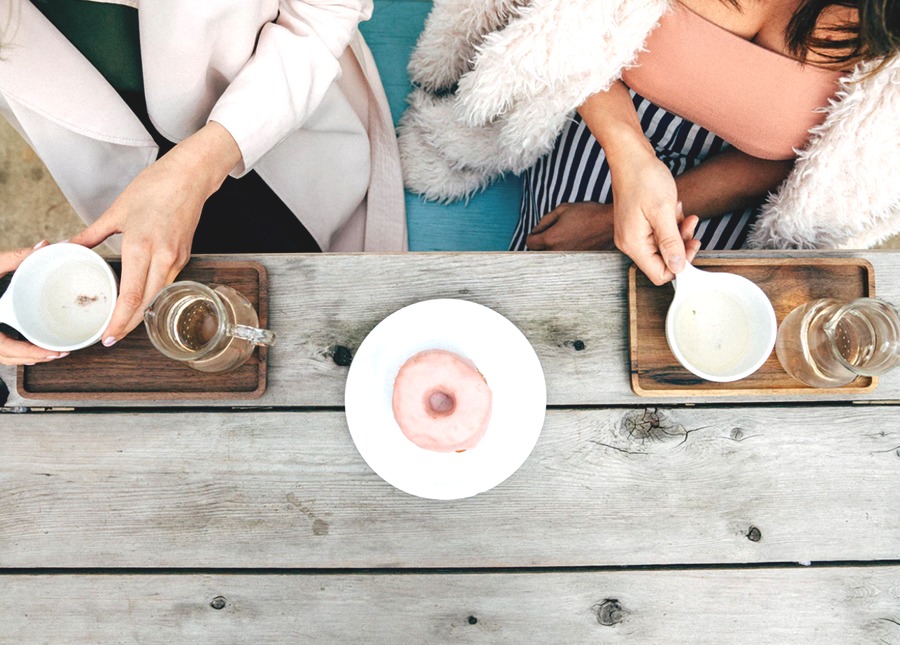 If you have been following my blog for a while you know that I am a businesswoman. You also know that I was raised in the foster care system, that I ran away from home and was a homeless teen. I have experienced a level of poverty you would not think was possible in a first world country. I have lived in abandoned buildings in downtown Detroit and have feared for my life from things like exposure and starvation. I have broken into cars to steal change to get my dinner from a vending machine. I have eaten from the garbage. I have been bound to horrible situations for the lack of financial independence. I have been dominated and violated, and I have stayed in these situations — for a sandwich or a cold piece of pizza or for a warm place to sleep. Needless to say, I feel very powerfully about my right to support me and mine, and I feel very passionately about women having the right to support themselves and theirs. You don’t need to feel sorry for me. I’m 29 and have so many commas in my bank account it would make your head spin. I have gone about acquiring stability in my life the same way I am making a living off of this blog: unapologetically accepting that I need money and viciously defending my right to make it.

It’s safe to say I am a bit obsessed with power: getting it, keeping it, and spreading it. So today I wanted to delve into girl power. How to turn your belief that girls should have power into actively giving them that power. And by power, I mean money. We’ve all heard the phrase “money is power.” It’s time to start wielding it.

Why the female economy?

49.5 percent of the population is female and within that massive minority are a hundred other subsets of underrepresented, underpaid minorities. Black women, Hispanic women, gay women, that one black, gay, handicapped woman who likes the show “Everybody Loves Raymond.” Oh, I see you! Women have always been financially shortchanged (see what I did there? Eh? Eh?) and continue to be so. Chances are if you are reading this, you can identify a time in which you found yourself financially dominated. Be it a marriage, a job, or a living arrangement you have been unwittingly stuck in due to a financially titled environment, empowering the female economy can lessen and prevent so many bad situations women find themselves in. Our money can make a difference. Here’s how:

I’m not one of those people who is crippled by the overall implications of every decision that I make. I’ve pretty much accepted that I am a small cog in the machine of unstoppable evil. But once I accepted that I can do some good without having to change my name to Harvest and start wearing skirts made of wheat, I started investigating where my money can either do the most good or bad. Fashion fit the bill. Before I buy anything new, I take a quick look through my Poshmark app to see if any ladies are selling it. If I can get it on Poshmark, a lady dominated marketplace, I throw my money at them with glee. I don’t have to think about the children working in sweatshops or the underpaid employees and the landfills filling with last season’s rompers. At the same time, I know that another woman is getting a little bit more power than she previously had.

I love blogging as an economy. What an amazing way to line the pockets of women! The ability to support women of color, women with anxiety and depression, women with mental and physical illnesses, cancer, stay at home mommas, artists, poets — the list on. But how do we give female bloggers real power? First, by changing our attitudes. There is this toxic and unnecessary view when it comes to bloggers making money. Whether trashed for self-promotion, using ad space, or accused of being “sellouts,” it’s everywhere, and it’s nonsense. Female writers are being shamed for their Patreon buttons, their affiliate links, their freaking Etsy stores. Our fellow writers are not increasing the cost of AIDS medication by 1000 percent and taking hush money to filter some extra lead into the drinking water. You don’t know those people, you will not ever see or interact with these people. All those people who do heinous evil shit for money wouldn’t have anything to do with me or you. The blogger making a thousand bucks a month selling her bomb-ass necklaces on Etsy is not a checkered-suit-wearing, swindling dirtbag. She’s nice, she makes some jewelry, she calls her mom, she waters her plants. You would really like her.

We like to demonize other people who are on the same level as us, and I don’t fucking like it. Changing your feelings about the online economy is the first step. Second, we need to prioritize women online. If am buying a bulk order of toilet paper, you better believe some fellow female blogger is getting some percent of that. My Christmas shopping is done on your blogs. You come first when it comes to the money I spend online, and I’m not afraid to say it.

We need to start re-appropriating big bad tools of the trade.

Our big obnoxious hearts are keeping us from using some really successful strategies. There are a lot of concepts that have a nasty stigma that in and of themselves are not bad. They are strategies and concepts wielded by wealthy men that leave our gentle female souls put off. Things like self-promotion, target marketing, and the big one: Quid Pro Quo. Quid pro quo, this for that, the one that leaves you feeling quid pro queasy. The ultimate sleazy maneuver. Why is it mostly women who are so uncomfortable with this concept? Maybe it’s the expectation that we should do things while asking nothing in return? Why? Because as women, we do things out of the kindness of our hearts. This is such a terrible manipulation.

You can still have a kind heart and fair and equal exchanges. You want to buoy the female economy? Start talking to the other women! Combine evil forces! You promote this, I’ll promote that. You pay me this, I’ll do that. Damn, girl, get your shit together and start expecting more.

Tiara Shelley is the creator of the popular blog Damn Girl Get Your Shit Together. When not writing, she owns and operates a ballroom dance studio in the Midwest.