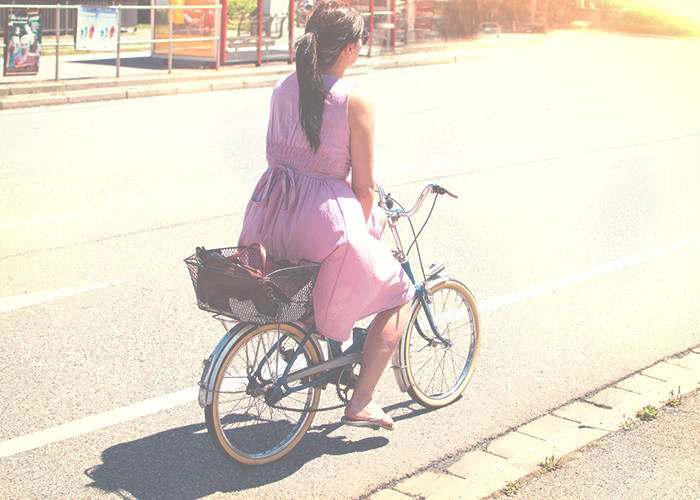 I’ve always been a “giver” in any and all of my relationships with people. Be it romantic relationships, friendships, family members, or strangers, I’m inclined to help people. As I get older and become more aware of my earnings and where they end up, I’ve realized how much money I’ve spent on people over the years. Now, as I save for my future, I find myself regretting the fact that I haven’t been able to say “no” and have given so freely to people who were less than deserving.

When I say that I’ve been unable to say “no,” I don’t mean that people have always directly asked me to help them financially. In some cases they have, but in most cases, I’ve willingly offered up my hard-earned money. I wasn’t able to say “no” to myself, or set appropriate boundaries on who I should be giving to (and when). I had no financial backbone.

There are the times where you have a crappy friend who always expects you to foot the bill, and I think we all have at least one of those in our tribe. Years ago, I struggled to deal with that exact type of friend. We had monthly dinners at our favorite restaurant, and for awhile, we’d either pay for our own, or I would pay one month, and she’d get the next.

I knew that she was struggling a bit financially, and knowing that paying for that monthly meal was probably setting her back, I started paying for all of our monthly meals, which sometimes just turned into drinks. Even when she could have covered the meal, after a paycheck or raise, for example, she didn’t even offer to pay for her own meal and/or drinks.

Eventually, I started dreading our monthly dinner dates. It wasn’t even that I couldn’t foot the bill; it was more that I was sick of doing it. I should have spoken up long before, but again, my generosity got the best of me. When the waitress would come over saying, “Do you want these separate?” I’d pause and wait for her to offer to pay her own share, and after a long, awkward pause, I’d take the whole bill.

I was paying my bills in full every month, but didn’t have a lot in savings. I was trying to grow my savings account and the $40 a month for dinner was adding up. Once it got to this point, I was honest and told her that I was trying to save money and didn’t want to go out anymore, but said she was more than welcome to come hang out at my place. Multiple times, I asked if she wanted to come over and have dinner at my house as a cheaper, more relaxed alternative, and she would put off our plans until next month, or just straight-up decline.

As Chelsea says about in this video, it’s important to talk to your friends about where you’re at financially. In this case, I tried to open up that dialogue and tell her that I was trying to save, and I offered ways to maintain our friendship, without being the only one to foot the bill. I ended up getting rid of a financially-toxic friendship and saving roughly $480 a year as a result.

Furthermore, on multiple occasions, I’ve donated my go-to amount of $20 to various acquaintances’ fundraisers or events. On average, I used to donate in this fashion at least three times a year to people and causes I wasn’t invested in. I enjoy being able to give to great causes and raise money for people I’m close to, but I also participate in a charity walk for my local animal shelter every year, and none of the people I was donating to annually were supporting my cause. This year, I decided that I wasn’t going to shell out $60 to $100 to support people who can’t, or won’t, support mine as well.

Instead, I’m more thoughtful about how and when I donate. Instead of spending on causes I’m not invested in, I donate that $20 to my own cause, as well as donating supplies throughout the year. I’ll also occasionally donate to friends who are clearly very passionate about their causes.

I also regret all the money I’ve spent buying other people drinks during my 20s when I was still struggling to find my financial backbone. Waking up the next day with an empty wallet, a hangover, and too many blurry selfies of people that I don’t know very well isn’t worth it. I used to be that girl at the bar who would buy a friend a drink because they ran out of cash. That all changed when I started taking only cash when going out to meet friends. If you only have cash, you don’t have the option of overspending.

There’s also that time that I paid for almost an entire tattoo for a friend because she didn’t have the money to cover the design she wanted. I ended up paying the $350 for mine, and $250 for hers, plus a tip for the tattoo artist. There were other options; she could have gotten her tattoo much smaller, and been able to cover the cost herself. I could have requested that she pay me back. Again, my ability to say “no” cost me.

In total, setting boundaries and developing my financial backbone saves me about $1,370 a year. Here’s what I cut (on a yearly basis):

In addition to saving money, I have also learned to say “no” when someone needs me to cover unnecessary expenses. I’ve become better at evaluating my own purchases, and have become more conscious of where my money is going. Not only has learning to say “no” increased my savings, but it’s also helped me weed out a few friends who were toxic to my bank account and my life.

Samantha works at a private military university and does the administrative work for their leadership camps and weekend conferences. She combines her love of writing and animals as a writer for a website called Wide Open Pets, recently launched in January 2016.