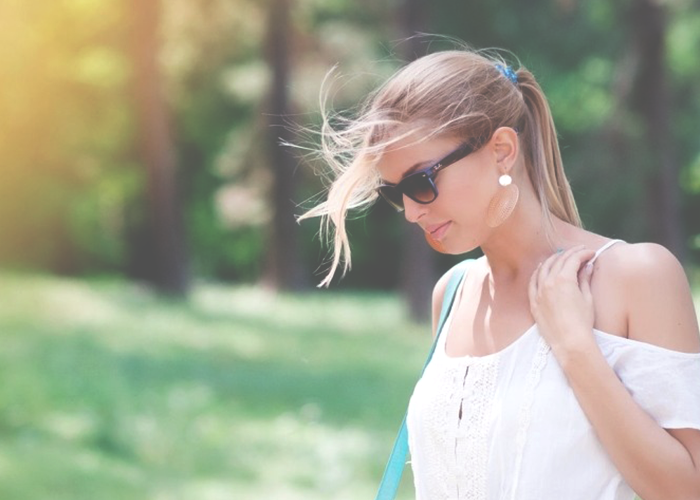 When I was 16, my mom gave me a pair of her diamond earrings. Until that point, the only other nice piece of jewelry I’d owned was a Tiffany’s bracelet. Admittedly, I lost that dog chain bracelet in a ninth-grade gym class, but I was determined to replace it with a beautiful pair of my mother’s earrings. I had always been the type to lose things. Even though my name was written in big letters on the tags, I managed to always lose shirts and shorts at summer camp. I lost textbooks and library books at school, resulting in fines that my parents had to pay. And I lost that expensive, dog chain bracelet from Tiffany’s. It was nice that my parents didn’t give up on me completely, but my mom was extremely hesitant to let me wear any of her nice stuff.

Somehow, on the night of my junior prom, I convinced my mom to let me wear her diamond earrings.

In class one day, I touched my ear and felt nothing. Immediately, I felt the other ear to find an earring, and realized that one of them was gone. This lost earring thing had happened before, but typically the earrings were from Claire’s, so I was more worried about who had witnessed my weird fashion statement than finding the earring. But these earrings weren’t from Claire’s. These were real, diamond earrings, and they were my mom’s. And I’d lost one of them. My heart sunk.

After class, I searched the floor. I searched the hallways. I retraced all of my steps from the morning until that moment. I went home and searched my bedroom and the entire house. I took my car to a car wash and cleaned it inside and out, vacuuming it from top to bottom. Nothing. It was gone. I knew what I had to do. I had to tell my mom. I’m pretty sure she cried after I told her, and I don’t blame her.

I never got any jewelry from her ever again. My grandmother, who had been known to ball out on gifts for her grandchildren, also never gave me jewelry again. This was probably a smart choice on their part. After this, I became obsessed with costume jewelry, which I, of course, lost and/or broke after approximately three months of owning each piece. But the jewelry was cheap and the metal color would fade after wearing the pieces a few times, so I didn’t really care.

Recently, I asked mom to let me borrow a pair of her diamond earrings for a friends’ wedding. Mind you, I wasn’t 16 when I asked. I was 26. It had been 10 years since the tragedy of me losing her earrings. But although 10 years had passed, there was a fear in her eyes when I asked that was all too familiar.

“But I don’t have any nice earrings! All I have is costume jewelry! And it’s a wedding!” I begged.

I didn’t have any nice earrings for a reason, though. But I had kept hold of a gold, diamond necklace from my great grandmother since I graduated college, and I hadn’t lost the bracelet that my grandmother left me in her will. I felt like because of these things, I had redeemed myself.

Finally, she caved, and once again told me, “If you lose these, I will kill you.”

When I got home from the wedding, I gave my mom back the earrings in one piece. Shocked and content, I believe I’d started to change her perception of seeing me as “the one who can’t be trusted with jewelry.” After this, she gave me one of my grandmother’s old necklaces. I am such a responsible grown-up now, I thought to myself as I marched back into my apartment with the expensive piece of gold. But then I went to grab the necklace out of my bag to place it on my jewelry stand, and it was gone. I felt like I was 16 again, but my heart sank farther than it had 10 years ago.

I ran down the back stairs of my apartment and pushed open the door, and there it was on the ground outside: the green bag holding the necklace. It must have fallen out when I so ungraciously strolled into my apartment. At that moment, I realized that just because I was getting older, didn’t mean I was becoming more responsible. Sure, I was more aware of things than I was at age 16, but I wasn’t any more responsible than I was back then.

Responsibility stems from an appreciation of things. For instance, you get more responsibility at work if you truly appreciate what you do. But even if the world presents you with more responsibility when you don’t ask for it, you won’t automatically become accountable unless you really appreciate what you are now responsible for. I never truly appreciated nice things until I saw my grandmother’s necklace sitting on the pavement outside my apartment waiting for someone to drive right over it. I knew I needed to be more careful with all of my belongings. And realizing how little care I’d treated my things with in the past made me truly appreciate my jewelry, clothes, shoes, etc. It’s almost a year later, and I now trust myself to save up and buy nicer pieces of clothing, because I know I’ll treat them well.

I am lucky. Not Kim Kardashian lucky, but for an average woman working hard for everything she has, I am lucky to have what I have. And I am especially lucky to have what my grandmother once had. When you are fortunate enough to have anything nice (whether you received it as a gift, or bought it with your hard-earned money), you need to appreciate it and take care of it. Being young is not an excuse for losing something. I could have realized all of this at age 12 and never lost any of the shit I did throughout my teenage years. But I didn’t, and instead I am realizing it now, in my late 20s. I’d like to think it’s never too late to start being more mindful and responsible.