How I Got Over My Dumbest Fear Ever 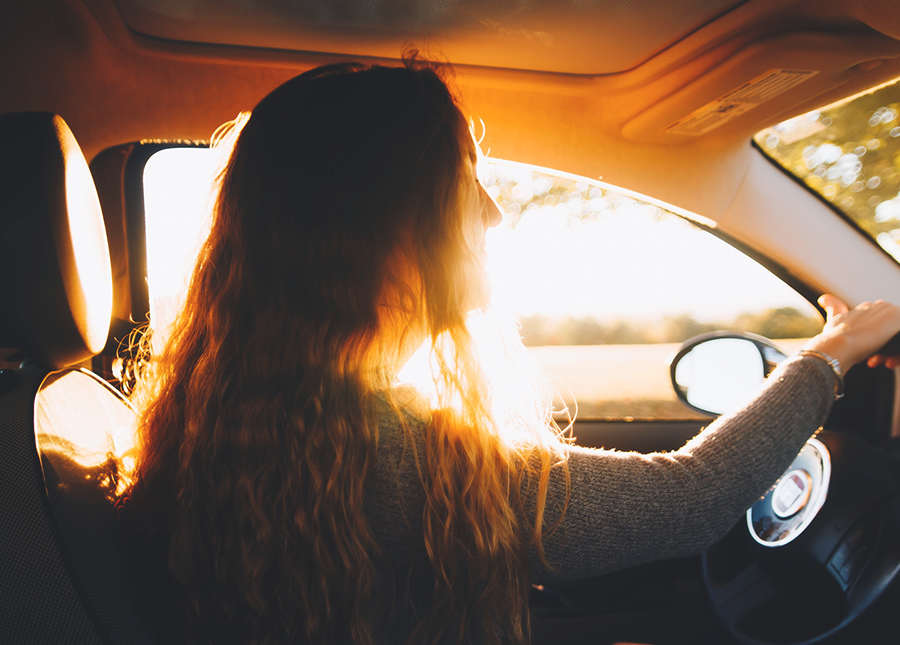 As of this writing, I have not driven in over seven years.

Or, rather, I’ve driven — once, late at night in the small beach town where my husband’s family spends their summers windsurfing, I drove the salt-worn family van back from a restaurant along the small, empty, winding road I know very well, because I hadn’t drank at dinner and everyone else had. This was easily five years ago now, and since then, I’ve not been behind the wheel (and even that tiny exception took some serious coaxing).

In the years between 18 and 21, though, I went through four different cars — one burned to the ground while I was sleeping across the street from it, two simply too worn and old at their purchase to be worth fixing when major things started breaking, and one lost to a spectacularly terrifying accident, in which I skidded directly onto an off-ramp barrier in icy conditions and destroyed the front end of my Hyundai. Car after car skidded past me as they entered the off-ramp, narrowly missing me as they laid on their horn. My phone dead, I was obligated to wave frantically from behind my vehicle until a semi-truck driver took enough pity on me to block the entry to the ramp and call the highway patrol so that help could come for me.

Before that, I’d been in two car accidents where I was not the driver. Once, the top-heavy SUV my high-school boyfriend was driving flipped entirely over on the way to school (this particular model is known for doing such things). And once, when riding with a friend in the narrow streets of Georgetown, DC, we were brutally rear-ended by a driver who’d been texting at the wheel.

Somehow, in all of this, I was never seriously injured. I accrued endless parking and moving violations, had my license and registration suspended for never paying them, and faced an endless deluge of administrative nightmares because of my general vehicular irresponsibility, but here I am today, no worse for wear. But I have, however, become deeply fearful about all things cars. While I have lived the past eight years in cities that make driving a logistical and financial nightmare, it’s not just my living situation that has kept me from behind the wheel. I feel (rightfully, I think) a deep sense of paranoia about the topic. I know how irresponsible people can be (I have been that person), and I no longer trust my own instincts. I feel less qualified now than I did when I was repeatedly stalling out in the swimming pool parking lot as my father was teaching me to drive my first car. It has become maybe my biggest, and dumbest fear, as being in the general vicinity of cars is pretty much unavoidable, even if you are living the most walking-heavy, urbanite life possible in 2018. Being afraid of ever driving, and feeling irrationally terrified by the driving of most people whose cars you enter — I’ve missed out on more than one social event because it would have required I ride with a skittish or aggressive driver who filled me with anxiety — is simply not practical. I know this is something I have to fix, if only because I need to be able to drive when things come up. I need to conquer this fear.

So this year, I am going to get my (long-expired) Maryland driver’s licence turned into a (current) driver’s license. I am going to practice my tens and twos in another parking lot, and get my gear-shifting down to the second nature it was when I was driving every day. I’m going to prepare myself for the (objective) reality that I am a near-30-year-old woman who needs to be able to do certain things for herself or her loved ones, and that being able to drive a car if absolutely necessary should be one of those things. And to celebrate climbing that personal mountain, I may even drive Marc, our pup, and myself somewhere nearby for a little weekend getaway-slash-road trip. (I have never been a fan of road trips as a passenger, but do admit that I miss the feeling of driving those long, mindless distances myself.)

And to do those things, I’ll need an insurance that actually works for someone like me (aka will barely ever drive, but wants to be a mature and responsible adult when I do and have good insurance). And that’s where Metromile comes in. Basically, it’s an insurance service that’s totally pay-per-mile. It allows you to pay just for the miles you drive, without judgment of driving style or behavior. It’s designed for people who want to be able to drive sometimes, but definitely don’t need the added cost and hassle of a blanket policy that covers you the same amount each month, whether you need it or not. The per-mile insurance is currently available in California, Illinois, Arizona, Pennsylvania, Washington, Oregon, and New Jersey, and Virginia with moremost states planned for addition in 2018. (If you want to know when it’s available in your state, simply sign up here.) Our team member Annie actually used it with her partner when they were borrowing a car from a friend for a few months in Seattle. It worked out perfectly for them because they mainly walked or used public transit and so only used the car about once a week, for bigger grocery runs or seeing friends across the city.

Ultimately, being good with money is all about doing what makes sense for you, and ditching the rest. And what makes sense for me is getting over my impractical and frankly irrational fear of driving, and getting set up with a plan that makes sense for the life I live. Because while I may never be that person who is commuting to work in her station wagon every day, I can certainly be the person who is capable of taking herself where she needs to go when she needs to, and who doesn’t let the mistakes and fears of her decade-old self dictate what she’s able to do at 30. I want to go into my next decade with a clearer picture of who I am today, and a stronger sense of responsibility around the choices I know I need to be making. And while I’d rather go to a second intensive teeth cleaning in one week than sit at the DMV for several hours, I know that it’s exactly the medicine my Today Self needs (and secretly wants, no matter how scary it might seem).