How I Learned To Stop Worrying And Love My Credit Cards 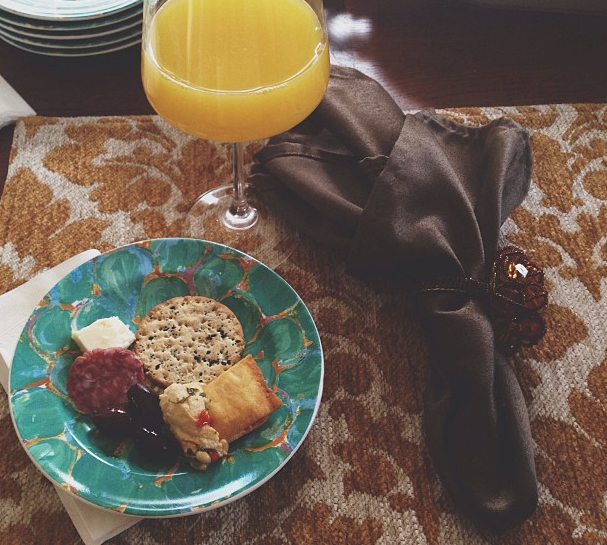 Credit was always a scary word to me, in pretty much all its forms. Whether followed by “card,” “score,” or “check,” it only meant bad things for me. I went from “knowing nothing about it” at 17.5 years old to “knowing way too much about it because it’s ruining my life” at 18.5 years old. Having effectively ruined my credit within six months of legal majority, I will always be of the opinion that most teenagers are not equipped to handle or even understand credit, and that it’s dangerous at best/predatory at worst to give it to them without the help of someone who knows what they’re doing.

I know parents who tightly managed their children’s cards during their college lives in order to build them perfect credit, and I know parents who forbid credit entirely. Everyone has to find their own path, but protecting teenagers from their own stupidity seems to be of utmost importance.

As I grew up, though, and got a hold of both my own finances and my own sense of self-control (I’d say I really started to be a “real person” in this way around 22), I thought that the best and most self-preserving solution would be to forgo credit entirely. I thought I was one of those people who simply couldn’t handle cards, who would succumb to the temptation to spend when I didn’t have the money, and consistently avoid my debts because I was allergic to paying things on time. It had always been my MO to get myself into trouble and then bury my head in the sand, what would make me any different just because I was finally earning some decent money?

It wasn’t until I was 24 that I got a credit card again. Until that point, I was living out of the country, and building credit was the furthest thing from my mind, as it didn’t affect my life there. And besides, I thought, having the temptation to be able to go out and get myself a new dress at any time would be totally incongruous with my attempt to live a more simple, non-consumerist life abroad. But when I arrived back in the States and Marc was — as someone who’d never before lived here — credit score-free, I was slapped in the face with the somber talking-to from our broker when we were initially looking for an apartment. “The landlord is going to do it for you guys because of your earnings and because he likes you, but your score is not good.” It was humiliating and sobering, and made me realize that avoiding my credit score would not be an option here, any more than ignoring my physical health. It’s just a game I had to play.

So I went to my bank. And, with every ounce of pride totally drained from me, asked for a rehabilitation credit card (that you must prepay in order to use, for people who cannot be trusted with even a hundred dollars that aren’t their own). It turned out that I was just barely eligible for the next level up, a card with super-high interest and a laughably low monthly limit, and I took it right away.

Since then, I’ve used it religiously, never exceeding my tiny minimum and only once (by accident) going over the payment date. (When I’ve even been in danger of missing the window, I’ve always called the bank and talked it out with them, something everyone must learn to do. Do not fear your bankers, they will almost always work with you.) I have a bill programmed onto it, and leave it at home often when I don’t need it. It’s a tiny limit, and not something I’d ever not be able to pay at the end of the month, but I like always having it around for things I might need. And besides, keeping your spending lower than your limit helps your credit.)

About a year into my credit rehab, I got a shared credit card with a MUCH higher limit, and though I could technically buy myself pretty much anything I wanted on a whim, I find that the practice round with my baby card has more or less drained me of the desire to use it for things other than bills, shared expenses, and other odds and ends to build credit. Once I got used to the concept of a card as something that is very much paid at the end of the month, and which represents only the money you have (and never the money you think you are going to have), it was no longer filled with temptation and mystique. It was just a means to an end, a way to accrue miles or improve your score, and to be more intelligent about how you paid your bills. It’s not to treat yourself with all the things you can’t afford, or place a bet on the guess that you’ll be richer next month.

If I could go back, sure, I would love to have never had such a bad experience with credit cards. But at the same time, having learned what it’s like to be on the other side — hounded by collection agencies, totally untrustworthy in the eyes of every lender — I know that it’s something I will never, ever experience again. Knowing that sting greatly reduces my impulses to spend, and though I no longer have much of a limit on what I could spend per month, I have never once put a shopping day on credit. I know to stay away from certain activities, and to mentally separate my “fun” spending from my “practical” spending to avoid slippery slopes.

If you are currently afraid of cards, I get it. But you can easily save yourself from yourself: Set up automatic bill payments with your card, then an automatic debit from your checking to pay off your card. Leave it in a sock drawer. Get one with an extremely low limit and then fill it up immediately with the same bills every month. Do what you need to so that it can work for you, and not seem like a dangerous game burning a hole in your pocket. If I can find a way to use a credit card intelligently and sustainably, I’m convinced that anyone can. You just have to know yourself and preemptively keep yourself out of trouble. The card isn’t dangerous, we are.