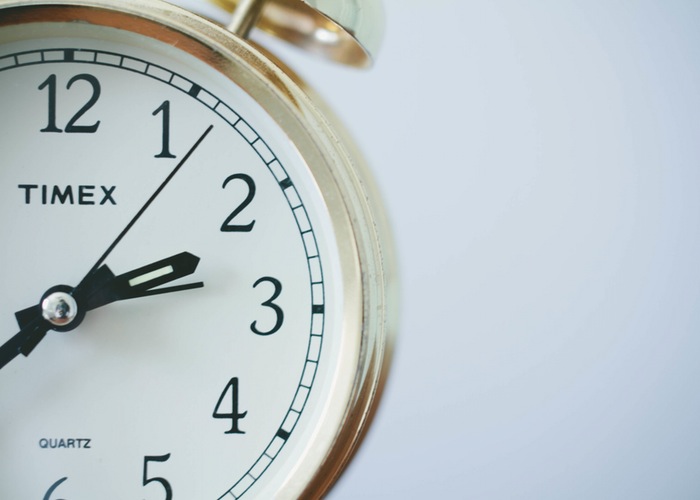 BIG NEWS —I just finished paying off a little over $8,000 in debt ($8,164.97 to be exact) in 90 days. Three Months. No small feat. It’s the most aggressive goal I’ve ever set for myself, and one of the few that I’ve actually kept and completely smashed. I realized I’ve given tidbits here and there on how I planned to pay down my debt, but now that I’ve been successful, I wanted to put all the information down in a post, in case anyone out there is feeling inspired to get aggressive with their debt and get rid of it at once. Here’s how I tackled my own aggressive debt pay-off plan and paid down over $8,000 in 90 days.

I ran the cards up paying for the dazzling renovation on my starter home, but that was in 2013. All 12 months of 2014 went by, and even though I made some progress, ultimately I was only paying off the new balances I was putting on the cards, and not chipping away at the debt. By the end of the year I was fed up. Fed up, I tell you!

I knew I needed to do something drastic, but making significant sacrifices for an entire year felt like a real drag (spoiler alert: paying off debt is ALWAYS a drag). Twelve months also seemed so, so, so incredibly far away. A whole YEAR before I could jump up and down about being debt free? Puh-lease.

Could I pay all my debt off in a month? No, it just wasn’t realistic.

What about six months? I could, but that still seemed like a lifetime.

What if I got really serious and paid it all off in three months? I ran the numbers…it was possible. Not probable. But possible.

I have to mention here that yes, I know $8k in the scheme of things isn’t a ton of debt. For some, paying off debt uber aggressively isn’t sustainable, which is why i encourage others to do what is best for them. There are many out there struggling with tens of thousands in consumer debt, or student loans. I completely understand that. Still, what if by being aggressive you could retire a significant chunk of your balance, no matter how much you owe? That could make a huge difference, and save you tons of money on interest.

With my target date in sight I then began to work backwards:

That still seemed like a good amount, so I moved $1,000 that I could spare from my emergency fund (read here why I believe it is important to build an emergency fund before paying off debt) to jump start my debt repayment.

I then took a good, hard look at my expenses and started slashing left and right. Doing a spending freeze and only giving myself $100 each month in “play” money meant I could allocate $800 from my full-time paycheck to my debt repayment each month after my expenses and automatic savings withdrawals.

So after all that, I needed to “find” an additional $1600 each month. Here is where it gets interesting.

I was already saving as much as I could from my full-time paycheck, so I turned to my side hustle as a freelance writer and marketing gun-for-hire to ramp up extra income. I hassled a few clients I hadn’t heard from in months. I got on Elance and found a handful of new (and surprisingly well-paying) clients. I thought about new streams of revenue for my business, and so I started offering blog coaching for beginner bloggers and businesses.

But leveraging your side hustle isn’t the only way to make extra money.

I sold some of my old stuff on Ebay. I started offering “sponsored content” to brands (something I usually don’t do—but hey, it is working out), and I even did a little voice over work for a video my friend was making for her business. I also opened up two new checking accounts just so I could get $300 in bonuses, which went to credit repayment and helped out a lot.

Basically, anything I could do to bring in extra dollars, I did. Some of it wasn’t always top of mind, but having a big brainstorming session at the beginning of January, before I started paying back the debt, helped me get creative.

Tips to “ease the pain”

I employed the use of vision boards to help visualize being debt free. I also built in “rewards” for myself. These steps may seem insignificant, but I’ve tried to accomplish goals without them before, and this time it was much easier with these helpful reminders along the way.

Even though it would have accelerated my debt payoff, I still made regular contributions to my savings (pay yourself FIRST!) and to my emergency fund, on top of my aggressive debt payments.

Finally, I would suggest you get competitive with yourself. I’m a money nerd, but it was almost fun to look at my checking account balance on the 15th, see I that I needed $200-$300 to hit my weekly $600 goal, and start hustling my pants off to make it happen.

The benefits of my journey

The mainstream benefits of paying off debt are numerous: my credit score went up, I have more money and freedom in my monthly budget, and it is four (yes, FOUR!) less monthly payments to worry about. But personally, my debt journey has opened up a lot of new avenues. I ramped up so many new clients that I was able to leave my full-time job and start working for myself.

I was also holding onto a lot of financial and emotional baggage from the purchase of my home, the fallout with my contractor that ended up costing me so much, and the dissolution of my engagement in the Fall of 2013. It’s a small shift, but with the debt gone I no longer have to think about that dark time in my life on a daily basis and can finally put it behind me once and for all.

My mother always used to say, “you can do anything for 30 days,” which is true. Which means you can definitely do anything for 90. Even though I only had to sacrifice my typical lifestyle for 90 days, it still taught me new things about what I can live without.

And perhaps best of all, I’ve become incredibly financially empowered in the last 90 days. Some may think that since I already write a personal finance blog that preaches financial empowerment, I was already very money aware, but being able to retire debt so quickly reminds me that I can be focused and motivated and accomplish great things when I’m not distracted, when I prepare, and when I push myself. This is a great thing to remember as I begin working for myself because the money isn’t always reliable and I have to rely on myself to make things happen.