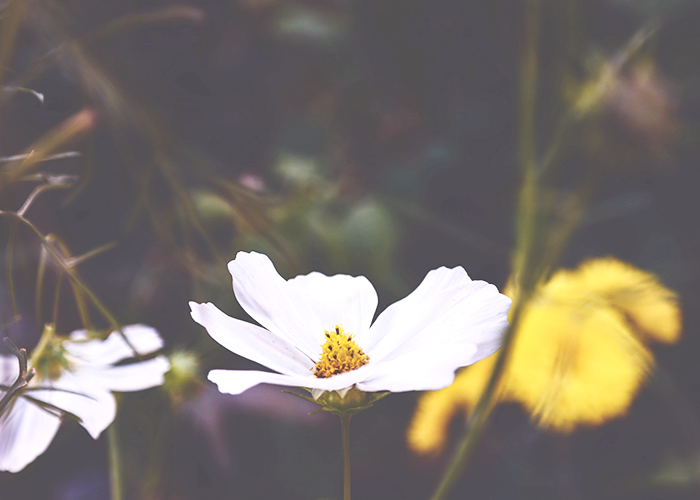 This probably comes across as ridiculous — making $0.25 into $10 — because it sounds like a child’s game, like playing kitchen with mini plastic veggies and mini plates. But after two years of not having a private income, making that $10 felt to me like I had won a huge victory. I’ll start from here: a year and a half ago, I wrote an article on TFD about finding out that my grandmother had left me a sum of money in an investment account in stocks and bonds. My mom told me about the account when I was 22 and a half. Later, after some sleuthing, I discovered that the account, which my grandmother opened when I was born and my mom managed for 21 years, legally passed out of my mom’s control and into my name at 21. I felt angry that my mom had kept this information from me for a year and a half. Already feeling vulnerable post-college, I took it to mean that she didn’t consider me “adult” enough to talk to me about managing money responsibly.

At that age — 22, almost 23 — I was just beginning my career in the real world. My jobs were working part-time at Anthropologie while I looked for a “real job,” and part-time at a nonprofit in my field (City Planning). I was making enough money to live entirely on my own, but I felt like a misfit in the Adult World.

Adults were supposed to be righteous, caring people who always did the right thing. In childhood and beyond, my parents had always demanded that my brother, my sister and I treat adults with respect, so I never thought otherwise. But suddenly, my mom had kept this secret from me, and on top of that, my dad’s mother had died only a week after my college graduation, leaving him, an only child, to clear up all her business and property loose ends, which put stress on my dad AND the entire family. Finally, while all this was going on, my bosses at my nonprofit job had lied to me about my job description, so I was stuck doing a task that I hated (grant-writing) instead of the one that I had been accepted for (social media). When I walked in to the office on my first day, the President of the foundation “surprised” me with my new job description. I said “okay,” because I didn’t want to appear ungrateful. It was one of the most awkward situations I’ve ever been in.

Nothing in my life felt like it was in my control. I began to have panic attacks at work (this had been going on since college, but I had never addressed it medically). My one option — talking to my bosses to tell them what was going on — felt impossible. I wanted to take some time off, ask questions about my new financial situation, write, and address my depression that had been tagging along with me since college. Using the money that my grandmother had left me felt like one thing that I could control — just me, with no one telling me what to do or how to do it. I called the wealth management advisor who managed the account (now that I owned the account, I could have switched advisors, but I still had the same one my mom had used, just in my own name now). I told her that I was quitting my job, and would be using the money to live off for a year. It was one of the scariest things I’ve ever done. I knew she thought it was a bad idea. I didn’t even tell my parents. It scared the hell out of me, but at the same time, I felt powerful making my own decision.

I did exactly what I wanted to do over that first year. I traveled, I wrote a draft of a memoir, I asked questions about my grandparents’ (now my parents’) businesses and I learned more about my identity (and separating my identity) in relation to my family. After a year passed, I still didn’t feel my mental health was ready for me to go back to the work environment. But I also didn’t feel comfortable not having an outside income. My family (and society, for that matter) always equates a person’s job and ability to make money with their worth as a person, and in many ways for good reason. Still, I had enjoyed the feeling of going against what my family and society deemed “reasonable” — but as I watched my account amount dwindle, I realized would need to start making money again soon, whether I was ready or not. But this time, I hoped, I could do it in a way that made me feel proud of myself, instead of like the panic-attacked, identity-crisis-ed, depressed failure I felt like before.

And that’s how the $0.25 came into the picture. One random day last summer, I made $0.25 selling one of my recent Vogue magazines to a used book store. I went to Half Price Books, which is something I’ve done from time to time when I have an extra magazine lying around. In the past, I would put this $0.25 in my wallet and tip a barista with it and forget it ever existed. But this time, I put the $0.25 aside in a special pocket of my purse. The next day, I walked into a local thrift store where I like to buy things for my apartment and saw a bin with books on sale for $0.25. So I used my $0.25 from Vogue and bought a paperback copy of Huck Finn on sale for $0.25. It was summer, and I figured kids in college and high school would be needing this classic. I took it to Half Price Books and they bought it for $0.50. I now had $0.50. Wow! I just made money! It actually put me in the best mood I had been in for months.

I went back and forth, from Half Price to the thrift store, almost every day for a couple of months. Some days I miscalculated, and lost money, like the day I bought a couple of hardback romance novels that I thought were cool for $1.00, but which Half Price only bought for $0.50. The days when I lost money, I felt dejected. But I put on my big girl panties and realized that I had to play their game — and that game meant buying books that Half Price thought were cool, instead of books that I thought were cool. After a couple of tries, I found that Half Price almost always bought cookbooks, diet books, and travel books for $1.00, to the $0.25 I paid for them at the thrift store. I was slowly making money. First, I built up my sales to the point where I had $3.00, then $7.00. Suddenly — on a windfall day — I bought a current New York Times bestseller in the thrift store for $0.50 and Half Price bought it for $4.00. When the cashier handed me the $4.00, I felt like I had won the lottery.

My goal had been to make $10.00, so when I reached that point, I stopped buying books. Plus, the cashiers at Half Price were starting to look at me funny — what kind of crazy person comes in every day carrying ONE book to sell? (Actually they have ALL KINDS of crazy people coming in, selling things like German fairy tale porn, which a guy in front of me was selling one day, but I digress). Though I had started this project on a whim, making those tiny gains on my $0.25 investment made me feel like a winner, something I hadn’t felt like in a long time.

Obviously, one does not make a living off $0.25 or even $1.00 a day, and I am fully aware how ridiculous this all sounds, but this little exercise gave me the confidence to try buying and selling something bigger: antiques, a field in which I’ve always been interested in, and even had an internship in college. Last week, I got up my courage and asked a woman who owns an antiques store in town if she would buy some things from me. My MO would be the same as I used for the books: I would go to yard sales, buy things for a couple of dollars, then sell them to the antiques dealer for a couple of dollars more.

I decided to start my new side hustle in antiques this past Saturday. In all transparency, I realized when I woke up on Saturday morning that my old fears and anxieties were back. I really love junk (goes back to my days in City Planning when I would walk around abandoned buildings), and I have a childhood dream of a full time career buying and selling antiques. As I got in my car this Saturday, knowing that I was about to embark on something that I cared about, the thought of failure became that much scarier.

I looked at Craigslist to find a couple of yard sales. My nerves kicked in high gear. “What if she doesn’t like the stuff I pick out — what if she doesn’t want to buy it?”  With $10 in my pocket as my “seed money,” I stopped at the first yard sale on my list, where I picked an Art Nouveau silver pot and a wooden light sconce that the seller wanted for $5 and $3 respectively. I talked the seller down to $2 for the pot and $1 for the sconce. I was pretty certain I could ask the antiques dealer for $5 for the two of them, easily, which would leave me with a $2 profit. On the way out of the yard sale, I bought a vintage metal stepstool for $7, thinking it was cool and would sell well.

At the antiques shop, the owner took the other items and gave me $7 for them. However, she didn’t want the stepstool. Desperate to not be a failure, I went to 3 other antiques dealers on the same street. No luck. In the end, I was short $3.00 for my first antiques-buying foray. My goal was to make some bigger bucks in a way that fits with my personality, and I feel like I failed.

In the end, I remember that some days selling my thrift store books, I also walked out without a profit (though being short $0.25 isn’t as bad as losing $3.00). It frustrated me for a day, but the next day, I would vow to make a better choice with my book buying. I can feel content knowing that today, I still have $7 from the two pieces that the dealer did buy. I hope that next weekend I can find a yard sale treasure to sell for $10 (to at least recoup my original investment). No, I’m not making The Big Bucks, and I do really hope that I can make a side hustle in the antiques business in the next few months so I don’t have to go back to the grey-walled office space! For now, though, I’m content with the knowledge that persistence, even $0.25 a day, pays off. And I will keep trying.