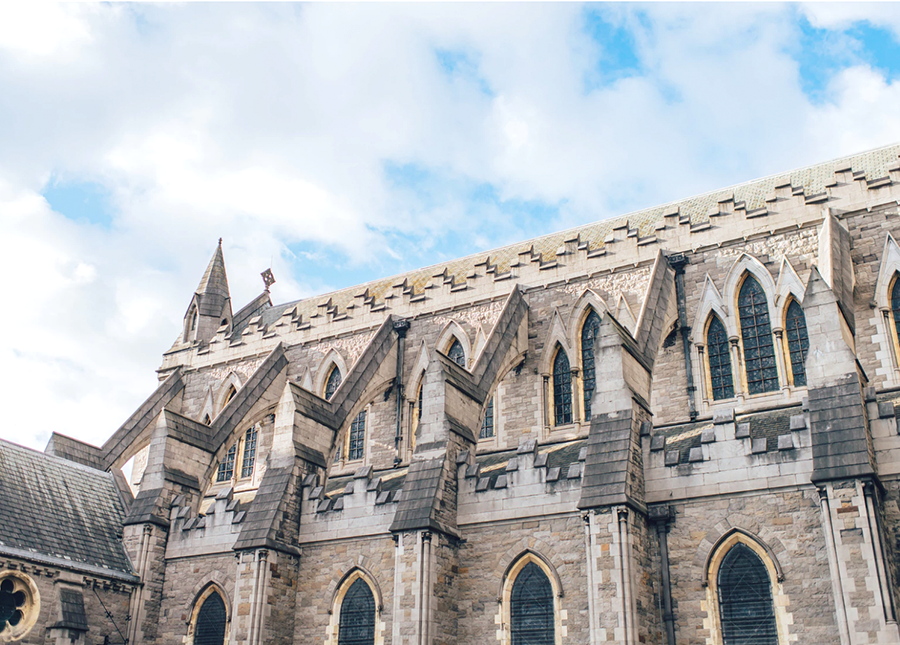 Two years ago, in the fulfillment of a childhood fantasy, I moved from the U.S. to Ireland. While I was fortunate to have many advantages that simplified this transition (Irish citizenship, a family member willing to hire me, a network of people to support me with any difficulties), I found myself exercising far less financial caution than I had in New York.

In theory, I should have been able to save a small fortune. Since moving here, I live in a small village (New York cost of living, you won’t be missed), don’t have a car (even though I would love one), and hardly ever go to the ~shopping centre~ ( the fancy Irish way of saying mall). However, I generously allowed myself a period of fiscal adjustment, which snowballed into a YOLO-inspired attitude toward spending that has left me fairly ashamed of what I have to show for myself. Recently, I took a long, hard look at my behavior in order to pinpoint the discrepancies between my new lifestyle and the way I’d managed my finances back home.

My number one, and most absurd, problem is that I think in dollars. Ask me how much I make, and I will tell you, incorrectly, that it is “X dollars per hour.” Ask me how much I spent on an item, and I’ll tell you the correct euro amount, yet still call it dollars. As I’ve been writing this, I have realized that I have lived in Europe for a few years and still have no idea how to type “€” on a computer. I see “€” and I think “$.” Fortunately for me, the exchange rate is nowhere near as substantial as it once was. However, If I intend to live in the E.U. for a long time, the disparity will inevitably regain significance. Until I start thinking staunchly in terms of how many hours I have worked in order to afford a good or a service, I will never be able to see the value of a euro in the way that I inherently understand the value of a dollar.

Similarly, the value of euro coins has been essentially lost on me up until recently. In the E.U., coins are minted at a higher value than the common American ones, with 1€ and 2€ coins acting as the cool European cousin of the $1 bill. It has been an adjustment to realize that just because I can pay for something entirely in coins does not mean that the item was particularly cheap. I was raised on the strict principle that coins are collected in a glass jar until it is full enough to justify lugging the whole operation to the grocery store and pouring it into a Coinstar kiosk with the sole purpose of buying an excessive amount of junk food. Feeling as though I’m spending next to nothing, when in reality I am shelling out 10€ (still, admittedly, on junk food), has led me to spend coins frivolously when I should be saving them.

An issue I hadn’t anticipated in the big move was how hard it would be for me to determine which stores offer the best quality and/or most cost-effective goods for any given purpose. From dresses to electronics, I arrived clueless about the appropriate stores for my necessary purchases. While I’ve heard other expats discuss this as a general headache that they had to navigate, I would argue that the ineptitude overflows into finances. Based on prior visits to Ireland and the U.K., I was excited to shop at Marks & Spencer on a regular basis. While their prepared foods are, in short, heaven sent, their fresh meat and produce is far more expensive than that of the bigger grocery chains. Still, familiarity kept me going back.

I felt so much more comfortable in a store where I knew the products, prices, and layout that I was willing to overlook the major inflation in price. Frankly, I was paying an exorbitant amount of money in order to not feel like an idiot. This backfired when a coworker asked me where I bought most of my groceries. When I told her, she looked at me as though I was certifiably insane and told me where to get my meats and produce at a better value. So much for avoiding the embarrassment of appearing dense.

Living in Europe is unbelievable as far as ease and accessibility of travel go. I have, on multiple occasions since moving here, bought flights to destinations (that I could only have dreamt of visiting when I lived in New York) for as little as 9.99€ each way. Browsing RyanAir’s website is my version of buying a $10 pair of jeans at Forever 21. How could you not snatch up those fares at such an affordable price?

Consequently, I have become what can only be described as a travel addict. I am barely unpacking from a trip when I start to research cheap flights for my next one. I’m a member of multiple Facebook groups of women posting about past, present, and upcoming trips. I add six different items to my bucket list every day. At the risk of sounding both basic and preachy, I love the fact that I am well-traveled and I will cherish those memories forever. Nevertheless, I have spent an incredible amount of time and money gallivanting around Europe when I could have been saving that money for something more urgent. (Buying a car! Retiring before the age of 95! A dentist appointment!)

Assimilating to a new culture has also been costly. In Ireland, at least, girls going out for drinks on a Saturday night put effort into their beauty routine that I had only ever seen on reality TV. With fake tan, a new outfit, high heels, and full hair and makeup to bankroll every weekend, Irish girls spend a great deal more on a night out than your average American would. This was never my style. I like jeans, boots, and a cozy scarf that’s big enough that you can’t actually tell what my hair and makeup look like underneath. Think 2012 Lenny Kravitz here.

Beyond the glam, there is also the prevalence of alcohol culture, which I didn’t participate in much back home. In Ireland, though? It’s no stereotype: Drinking is the ubiquitous social activity, and in order to bond with people and cement friendships with others in my age group, I felt like I had to go out every weekend. While I’m all for being-true-to-yourself, sometimes you just want to fit in, and I felt the pressure. So I succumbed. Makeup, hair, cocktails; I threw myself into the deep end. (I drew the line at self-tanner, though. I’m sorry, but this is a nation of famously pale people. Who do you think you’re fooling?)

Suddenly, I got a wake-up call. It makes me cringe to admit it, but I spent over 50€ getting my makeup done in a department store for a wedding, only to hate the way I looked. I felt so self-conscious that I immediately went to the drugstore down the street, bought makeup removing wipes, and reapplied it all myself in the backseat of a car on the way to the ceremony. Obviously, I should have told the makeup artist that I wanted her to change the orange foundation and remove the dark smokey eye when I’d asked for pastel pinks, but I chalk it up to wanting to get out of that chair as fast as possible. Still, I’m glad I had the experience. It pushed me to take a huge step in evaluating how I want to look. Plus, I have friends now, and they’re stuck with me whether I have a contoured face or not.

I’m still not completely satisfied with my financial situation, and I am working hard to reach some major savings goals (step one, buy a car), but pinpointing these four hindrances was an excellent jumpstart to my budgeting transformation. If you’re thinking about moving abroad, go for it. It’s the best decision I’ve ever made. Just skip straight past my mistakes and advance to Go, Collect 200€. See? I’m learning.

Molly Heron Delaney is an American living in the Connemara region of Ireland where she drinks far too much tea and books flights as often as possible. She misses sushi and her loved ones, in that order. You can find her everywhere @herondelaney.