How I Wish Women Talked About Money 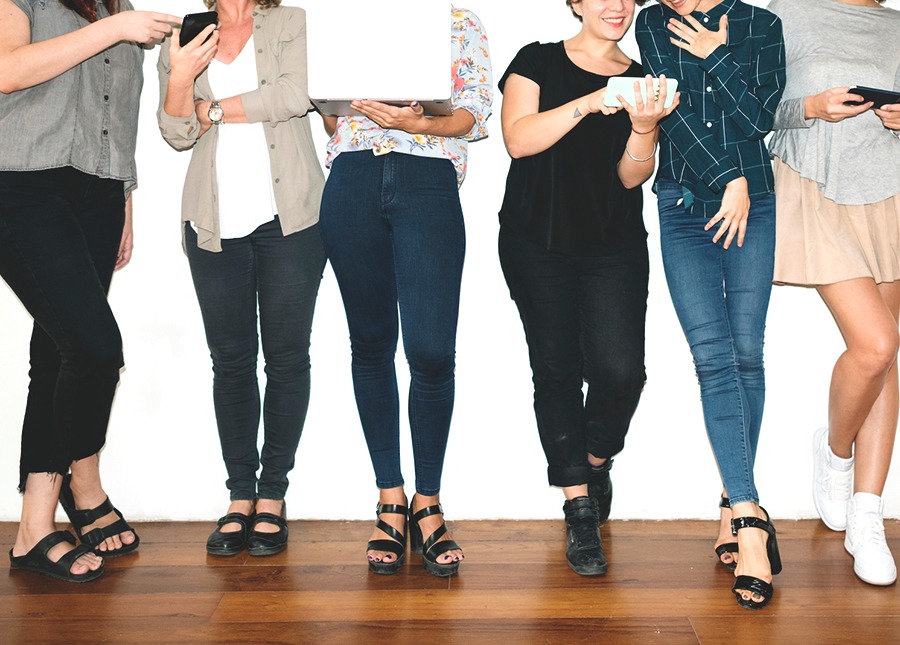 This article brought to you by Intuit.

Last week, I hosted the first professional dinner of my career. I’ve been to many over the years, usually incredibly boring affairs where everyone sits around tables strewn with branded merchandise and hopes to get in at least five to ten minutes of actual, enjoyable conversation with the people around them in-between being pitched by a tone-deaf PR person standing awkwardly at the front of the room. I’ve largely stopped going to them, because I know what to expect well enough by now. The free food and drinks are sometimes good, but usually not good enough to outweigh having to pretend to care about the new line of candles that is the real focus of the evening’s festivities. So when I agreed to host one myself, I knew from the get-go that it couldn’t be like those dinners.

As you can likely tell by the above paragraph, I prioritize nothing more than being honest in this industry — at the intersection of finance and media, there is an incredible amount of smoke to get through to find what is actually real, valuable, useful, and meaningful. I don’t want to waste a second more of anyone’s time at TFD with vapid PR chatter. And because we had done our book tour with Mint (sister product of Turbo, the new app Intuit has recently launched to help you manage all aspects of your money), I knew that they were the rare company that would allow us to talk about money in a way that actually meant something. On our tour, we talked with women about our politics, about our exes, about deeply embarrassing (or rather NSFW) spending choices. I cried more than one night on that tour because never before had I been in a room in which a hundred women were looking at one another with total openness about money — there wasn’t an ounce of financial baggage in the room.

And the dinner was largely the same. While we all held our cocktails at the beginning of the evening, I spoke about what is true (I have used Mint for years — long before I started TFD — and credit it with being one of the only things that was truly able to help me get my finances in order back when I was still using my rehab credit card and dissolving my paychecks in emotional spending spirals which could be triggered by almost literally any emotion). I talked about how truly bad I was with money, how it led me to do everything from destroy my credit to get arrested in front of my own home. And then we sat down at our tables and, the whole night, we all just talked. At the very end — and after a few glasses of great wine — we all stood up and shared our most truly embarrassing money story (I made everyone promise to not tell lame ones that aren’t embarrassing at all and just sort of reinforce how good they are with money, and the women delivered). But outside of that hilarious, cathartic 30 minutes at the end, we all just allowed ourselves to speak totally freely about money, about our work, about our lives and families and what we actually want out of life.

It was interesting, because these women (at least the ones at my table) were all incredibly accomplished, outwardly-driven businesswomen. One of them makes over a million dollars a year on her personal blog. Another is a partner in a major media group. These were women whom you could easily see being breathlessly interviewed about their morning routine while they sipped a tea on a big, comfy armchair in their airy apartment. These were women who radiate the kind of success we are all supposed to aspire to. And yet in each of them, by far the most interesting (and in many ways most pressing) things we talked about were the radical downsides of this kind of success. There are men finding their home addresses online through a bit of sleuthing and showing up at random hours at their door. There are serious doubts about the future of the more and more ambitious ventures being taken on. There are feelings of not being able to protect one’s privacy, or one’s family, nearly as much as they promised themselves they would. And in each of these situations, the outward image of success and the presumed drive to constantly be striving for more and more of it is not at all aligned with who these women are, or what truly makes them happy. They had realized that climbing that mountain and focusing so singularly on the raw metrics of one’s life will only take you so far: after that, one must be able to truly live, and to know how to live well. (One of the women was more excited at the prospect of learning to cook than a seven-figure acquisition.)

And that is what I wish so badly for when women talk about money. It’s what I saw again and again on our book tour, and what I was so happy to see happen at that dinner. The most superficial level of women “talking about money” is when we are huddled in agitated masses, scheming and obsessing and quantifying our way to the corner office because our only measure of success is to what precise extent we can close the gap with men. But when we have truly become comfortable with money — what it can and cannot bring you, what truly having control over it means, what it takes to really understand it — money can become the building blocks with which to live the lives we want. It can be a fluid part of every life conversation without having to be an object of fixation. With those women, yes, I talked a lot about money. But I was talking about their lives, and each of them was able to see past the raw dollar amounts to the actual things that had value to them. The baggage of money was so far removed from the table that we were able to just talk, and not to obsess.

There is no denying that money is a powerful tool. I can only recommend that you learn everything you can about it so that it can never sneak up and surprise you with a nasty letter from some scary organization in the mail. I sincerely hope that each of you learns to incorporate the strategy of money in your lives in the way that best allows you to do what is meaningful to you. But I hope that once you have succeeded, you are able to pull back from the minutiae of it and see money for the fluid, essential-but-hopefully-secondary thing it can be. I hope every ounce of baggage and emotion are removed from the conversation, and you can just speak as someone who is out to live life as the beautiful, complex, so-much-more-than-the-finances-of-it thing that it is. Because we deserve so much more than a condescending PR campaign about “empowering” us. We deserve to live life, and not just to figure out how to pay for it.