How I’m Doing Money Differently In The Post-Election Uncertainty 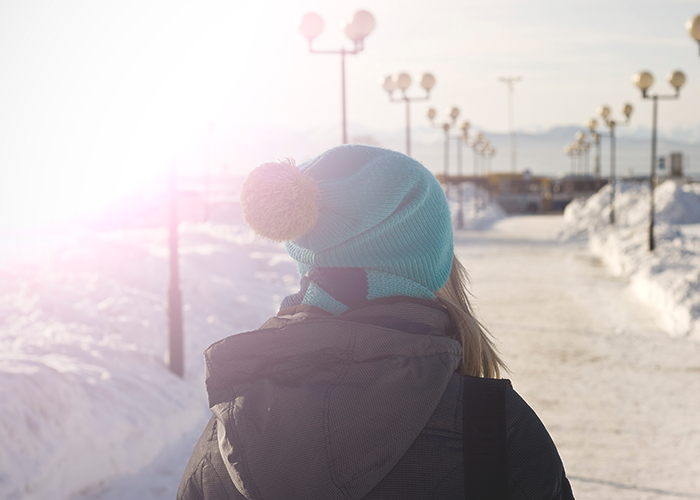 It’s been a real effort to get out of bed and go about my day since the election. As the daughter of immigrants and a woman of color, I’m heartbroken at the racism and xenophobia that has manifested so prominently over this election cycle. As a future lawyer, it’s downright daunting to think about the barriers we might face in the next few years over LGBT rights and the Supreme Court, as well as immigration and access to women’s healthcare. And even knowing I’m one of the lucky ones (someone with relative financial privilege living in a very blue state for the foreseeable future), hearing about hate crimes and outward discrimination against my friends, family and communities (everywhere from SUPER LIBERAL PALO ALTO to rural Pennsylvania) makes me deeply terrified for the physical and emotional safety of my loved ones in a time where it feels like none of us are safe from hatred. And amid all this, spending time thinking about my investment portfolio and financial health seems like the height of self-absorption, in a time where so many people stand to lose so much.

But the reality is, none of us know what’s coming next, and we somehow need to keep moving anyway. And there’s so much I can’t change right now, but one of the things I do have control over is how prepared I am for the unexpected. And money (and financial health in a broader sense) is a big part of that — not only as a means of self-preservation, but also because being in a financially healthy place lets me use my resources to support the people and communities that will be most impacted by a Trump presidency. And from my perspective, there’s so much that needs to be done and so much to fight for over the next four years.  So here, in no particular order, are five big decisions I’m making about my money (and general financial health) in the post-election era.

1. I’m resisting the urge to panic.

I woke up the morning after the election to see, on top of everything else, my investment account with a three-figure loss. In moments like this, it’s really, really hard to resist the impulse to just sell everything, give up on my little experiment with investing, and retreat underground. I’m reminding myself that my investment portfolio is something I hope not to touch until I’m headed for retirement, and that’s still a long way away. There’s going to be a lot more ups and downs in the next fifty years, but history — overall — shows that short of a nuclear apocalypse, the market has generally always pays back returns over a long period of time — even for people who invested right before recessions, and the like. A Trump administration might be great for the economy, but it might also be terrible. But ultimately, it’s those who resist the impulse to bail in the midst of short-term uncertainty who do best. So for now, I’m keeping my portfolio invested as is (diversified, low-cost ETFs), resisting the urge to channel my panic into liquidating my assets and fleeing underground, and hoping for the best.

The biggest immediate change I’m making is reallocating my priorities from investing to saving. My goal is to have at least $15K stocked away within the next six months. Thanks to a summer of pre-law school jaunting, my emergency fund really isn’t where it should be, and although the stock market and economy is doing fine for now, I want to be assured that, should things change, I have the resources to pull me through it. To me, having a solid emergency fund built up isn’t just for financial health; it’s also for my emotional peace of mind. I want to know that, should something unexpected happen to me or my loved ones — an unexpected medical or legal crisis, a change to government-funded student loans, a terrible recession — that I have a nest egg that’s close at hand and easy to access which can hopefully mitigate whatever harm might come.

3. I’m getting an IUD (and encouraging everyone I know to get one as well).

I was always one of those girls for whom that time of month was an excruciating experience, so being on the pill has been a lifesaver for both my physical and mental health. I’m also in a committed relationship, and I definitely don’t plan on having kids anytime soon, so having steady access to free contraception through insurance has been one of Obamacare’s biggest blessings to me for the last few years. With the ACA very likely to be repealed or significantly altered in the next few years, I can’t rely on its contraceptive mandate to keep birth control accessible and affordable. That’s why I’m planning on getting an IUD within the next month while the procedure is still 100% covered by my insurance. The full cost of getting an IUD ranges up to $1,000 according to Planned Parenthood; the pill I usually take is around $70 a month — $900 a year; and the cost of an abortion can be anywhere from $400 to a few thousand. Any way you cut it, these aren’t expenses I can afford on a student budget if my insurance decides they don’t need to cover them anymore. Getting an IUD before January ensures this is one expense I won’t need to worry about until after this administration leaves office. This administration is very likely to Make Getting Your Birth Control A Giant Pain Again, so here’s a handy guide to the five types of IUDs for anyone thinking about getting one too.

4. I’m making giving a regular part of my budget.

In all honesty, giving has never been something I’ve regularly budgeted for. I’ve made little donations to causes and campaigns I care about when I felt my finances allowed it, but I’ve always put off making charitable giving a regular line-item in my budget. I’ve always told myself that this was something that could wait until I paid off my student loans — or at least, until I started making more than an entry-level salary. That stops now. There are so many issues — racial justice, access to reproductive rights, free press — that are incredibly important to me personally and likely will face a lot of challenges in the years ahead. There are also an equal number of incredible organizations and movements dedicated to fighting for these issues that need support now more than ever. So I’m planning to rotate recurring monthly donations between a few different organizations, and subscribe or otherwise support the news sources I read regularly. And a note: both the ACLU and Planned Parenthood have seen huge surges in donations over the last few weeks, which is incredible. At the same time, there’s many smaller organizations doing equally great work at the state or local level that could still benefit immensely from financial help, but that may not have the same institutional capacity to solicit donations — so also consider donating to your local newspaper, rape crisis center, Legal Aid society…the list goes on. Here are a few great lists of places that could really use the extra funds right now.

5. I’m making a bigger effort to volunteer my time.

I came to law school with the eventual goal of becoming a civil rights attorney, and a big part of that was having had the chance to volunteer and work with incredible non-profit organizations doing this sort of work on the ground over the past few years. As a law student, the chance to work with my school’s many incredible pro-bono projects, which provide free legal services to underserved communities, has easily been the best part of my experience so far. Volunteering has always been a big part of my life; and particularly over the last few weeks, carving out time from classes and exam prep to stay committed to my pro-bono projects has been what’s been keeping me moving, especially on the days where just existing in this country feels impossible. I can’t control whether the refugee family I’m representing will get asylum in the United States, but I can feel like I’m doing more than just spiraling into endless anxiety every time I read the news — even by just being there for my clients and assuring them that we’re not giving up on them, that we won’t leave them behind. I’m also channeling my rage with the political system into the last Senate runoff race (in Louisiana!) by phone-banking and campaigning for Democratic candidate Foster Campbell.

In some ways, the election wasn’t so much a surprise as it was an affirmation of my darkest fears about America. And in the aftermath of that, it has frequently felt impossible to keep going. It is tempting to give in to despair, to feel paralyzed, to feel like nothing makes a difference when your worst-case is now reality. But life, ultimately, still goes on. And for me, taking time to change the things I can, to exert control over the little things in my life, to find security and comfort in a healthy savings account, and to find best how I can use my comparative privilege in ways that can help defend the people, the causes, and the communities I care about — these are the things that keep me moving. They enable me to get out from inside the spiral of fear and anxiety I feel every time I look at the news — into channeling my time, energy and money into anything that might make even the smallest positive change in a very dark time.