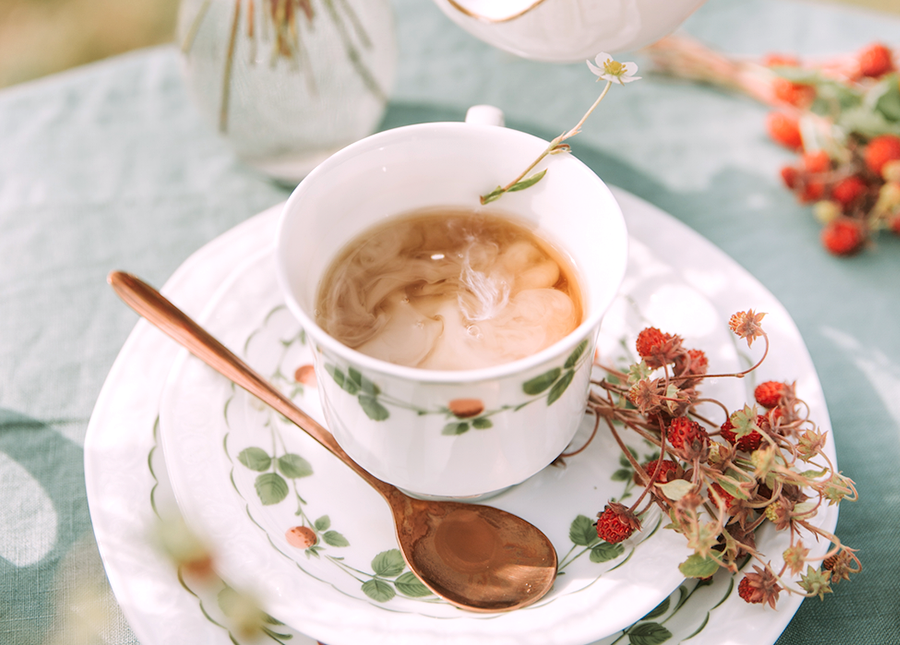 This story is brought to you in partnership with Wealthsimple.

One of our proudest accomplishments at TFD is that we’ve had the opportunity to publish stories from so many people (now thousands over the years!) about why they approach money the way they do. While many of us seem to want to achieve similar things with our money — fulfillment, flexibility, and at least some level of stability — we all come to those goals with wildly different mindsets based on how we grew up and the knocks or successes we had along the way. So we’re excited to share this story from one of our newest team members, Editorial Assistant Shammara Lawrence, as part of an ongoing series brought to you in partnership with Wealthsimple. As you may have seen, we’re huge fans of Wealthsimple here at TFD because it’s an amazing way to get started with investing. Its clean, pretty interface makes it super easy to figure out (trust us — we’re no investing experts! Quite the opposite). And as Shammara explains, investing is by far one of the smartest (and laziest) ways to set Future You up for success — no matter what Past You knew or didn’t know about money. Read on for more…

I used to have a serious fear of going broke. I know, I know. Who doesn’t? In a culture where acquiring massive amounts of wealth is seen as the ultimate goal, being broke is a literal nightmare to many (a collective anxiety that speaks to a larger issue of how negatively society views poverty and those plagued by it, but that’s a conversation for another time). Personally, that deep sense of dread I would often get whenever I imagined a life where I didn’t have enough money to live stemmed from my upbringing. I was born and raised in a low-income neighborhood in Brooklyn. After my dad got incarcerated when I was about 10 years old, my mom had a really difficult time financially, as she wasn’t prepared to carry a household by herself. There were various points during my childhood when we had to rely on food stamps and government-assisted health care to survive. That’s how we were able to put food on the table and get regular checkups when my mom was in between jobs or simply didn’t have enough funds to cover necessities. They were our literal lifelines.

That’s not to say I didn’t have a great childhood. I did. So often, my mom would spend her last dollar on extracurricular activities to keep me occupied, or something as simple as an American Girl Doll (which, by the way, isn’t cheap). We were even able to go on vacation sometimes, which may come as a surprise considering everything I’ve divulged prior. Every year, whenever she got her tax return, she’d use some of it to pay off her debts, overdue bills, and money owed to the landlord, and spent the rest on a trip for us two (sometimes with the addition of my grandmother). All of this is to say, while my mother’s financial situation was often precarious when I was growing up, I’d be remiss not to acknowledge that I was afforded certain luxuries. My mom sacrificed a lot to ensure I had a comfortable life, and for that I’m eternally grateful — and it’s the reason why we have a deep, secure bond and are essentially attached at the hip (seriously, we’re the annoying mother-daughter duo who does silly dance routines together at random and send each other memes on Facebook).

By and large, though, seeing my mom struggle while raising a child on her own in one of the most expensive cities in America profoundly impacted my relationship with money. All throughout college, I had terrible spending habits that I just couldn’t seem to nip in the bud. Besides buying takeout almost every day instead of using my meal plan when I had one, I’d often go on impulsive shopping sprees where I’d end up with bags on top of bags filled with trendy clothes I’d only wear once before discarding. I had an insatiable need to acquire material items — it didn’t matter what it was so long as it was the latest, buzziest new thing. Later down the line, I realized the main reason for this behavior was a deep-seated belief that one day I’d lose everything and wouldn’t be able to afford anything, so might as well get them while I can. Once this toxic mentality became clear to me, I did everything in my power to change it. After months of hard work, I was able to readjust just how I viewed money for the better. My personal finances benefitted, too.

Besides implementing a handful of shopping bans, one of the ways I got better with money was simply learning more about it. On this journey, I discovered a host of personal finance experts and life coaches who taught me so many invaluable insights about how to rectify past financial mistakes. But the biggest lesson of all came after I started watching YouTube videos of people sharing their personal stories about how much investing has helped them build a financial safety net for themselves. And these were working people, too. Up until that point, I had never considered investing as something someone like me could do, let alone how beneficial it could be. I now knew it was an option (and a wise one at that) to build wealth for myself so I have a significant cushion in case if something life-altering (like my dad’s incarceration) were to happen.

While I haven’t started investing quite yet, it’s one of my main goals I plan on reaching before the end of the year. Though, I have to admit, I am a bit scared about the process. Thankfully, there are tools out there that make it as easy as possible. One is Wealthsimple, an online investing service that builds you a custom portfolio to fit your personal needs, goals, and timeline. All you have to do is answer a few simple questions about your financial goals and they’ll manage it for you on autopilot. (PLUS, TFD fans get a special $50 bonus! Just be sure to sign up through our special page here.)

Knowing there are services like that at my disposal puts my mind at ease, as I now know I have the ability to create a comfortable life for Future Me, one where I don’t have to worry about where my next paycheck is coming from — and it doesn’t require much effort. While I’m sure there will still be moments when I panic about how much is in my bank account, soon enough, I’ll be able to just look at my portfolio and projected returns, and all those worries will wash away.