How I’m Teaching Myself To Be Confident 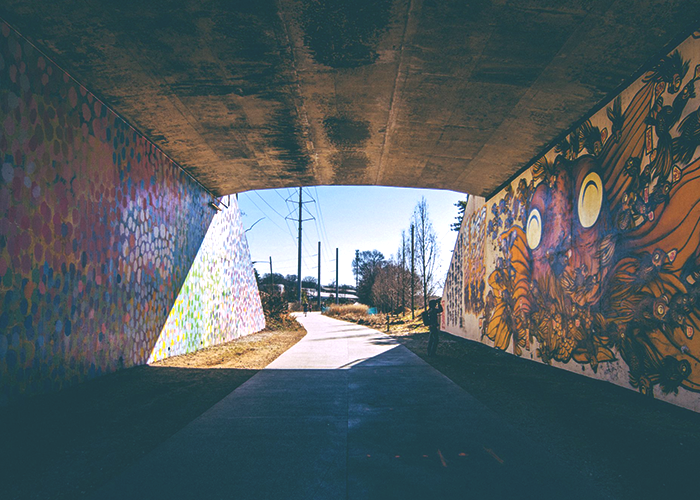 But there’s one paragraph near the end of the book that to me was particularly striking. As Kailing sums up:

People talk about confidence without ever bringing up hard work. That’s a mistake. I know I sound like some dour older spinster on Downton Abbey who has never felt a man’s touch and whose heart has turned to stone, but I don’t understand how you could have self-confidence if you don’t do the work.

I work a lot. Like, a lot. I feel like I must have been watching TV as a kid and that cartoon parable about the industrious ants and the lazy grasshopper came on at a vital moment when my soft little brain was hardening, and the moral of it was imprinted on me. The result of which is that I’m usually hyper-prepared for whatever I set my mind to do, which makes me feel deserving of attention and professional success, when that’s what I’m seeking.

I read this months ago, and my brain is still reeling from it. I haven’t been able to finish a single piece of writing since realizing that I am the exact opposite of Kaling. I am timid, shy, and my self-esteem (which, for this piece, I am treating as synonymous with confidence. There’s no real word for the opposite of confidence, is there?) is nonexistent.

Hard work, to me, feels impossible.

Let me be perfectly clear: This is not laziness — this is paralysis. I would love to work hard on something I believed in. I would love to feel the fire in my blood and my heart quickening as I devote all my spare time to a pet project, or freelancing, or writing a novel. It doesn’t have to be my job (for now at least). I see so many people chasing their dreams, quitting their jobs and moving to L.A or New York or even Papua New Guinea because they finally said “Enough is enough! I’m sick of this half-life! So I’m going to go out there, work hard, and give it my best shot.” I also see people who are working in a field that is decidedly not their dream job, but who are happy because it allows them the time to work on their own projects, even if it doesn’t bring in much income. And the worst part is that they’re succeeding.

But there’s something inside that stops me from making the choice to work hard (and yes, it is a choice). Or, I should say, something is missing. I simply do not believe in myself. How can you put your heart and soul into something when you’re plagued with thoughts of “What’s the point? I mean, you kind of suck, anyway. You shouldn’t even try. Just put the pen away.”

Confidence must be built on the basis of something, and inspire the hard work that is to follow. It could be parental encouragement, good genes, or even your economic or social privilege.

For me, I have ADHD, which went undiagnosed when I was a child, because back then they were only looking for overactive, disruptive boys. I, however, was inattentive. I was unable to concentrate in class, but didn’t make a vocal or physical fuss about it. Reading was difficult, and math and foreign languages were impossible. As a bonus, I was messy.

“If only you tried harder,” everyone would say.  But the frustration of getting through one page of my history textbook per hour was so maddening that I stopped doing homework all together. I wanted to do well, but I just couldn’t get past myself.

It’s no one’s fault, really. I just lied my way through middle and high school. I coped by copying homework from friends and relying on my (horrible) memory to barely pass tests. But I was nice — I probably passed high school just on classroom conduct grades. I was out and “moving on,” but I had already been scarred. The only reason I eventually found out I had ADHD was because, only a year ago, I started seeing a new therapist who said “I think you might have ADHD.” You know that scene at the end of The Usual Suspects? That was me.

But the confidence that comes with age has eluded me, and my career and emotional health are suffering from it. I spent my life thinking I was a defective human being not worthy of success; it’s going to be hard to reverse 27 years of feeling like a failure, even before you tried. I’m an unwilling career jumper, have not finished a novel, and have not gotten my freelance career off the ground.

So yes, I think hard work can increase confidence, but I don’t think you can work hard without some confidence in yourself first. It’s a catch-22 in some ways, but one that is not impossible to break: you just have to start by accepting that you can have the things that you see in front of you, and stop putting limits on what you believe you are capable of. You have to fake it til you make it, particularly when you’ve been taught that there is something different or deficient about you. And nothing increases confidence more than success — which can come in a lot of little ways. Now, even though I’m 27 and my habits are beginning to get harder and harder to change, I’ve committed myself to seeing a therapist every week and trying to realize that I am the master of my brain, not the other way around. That is its own success, and a good beginning. Somewhere inside me I am capable of hard work, I just need to build the confidence to do so.

From the ground up.

Jackie is a recovering worrier and dreams of being a freelance writer. She is on Twitter and Instagram (andYouTube!).