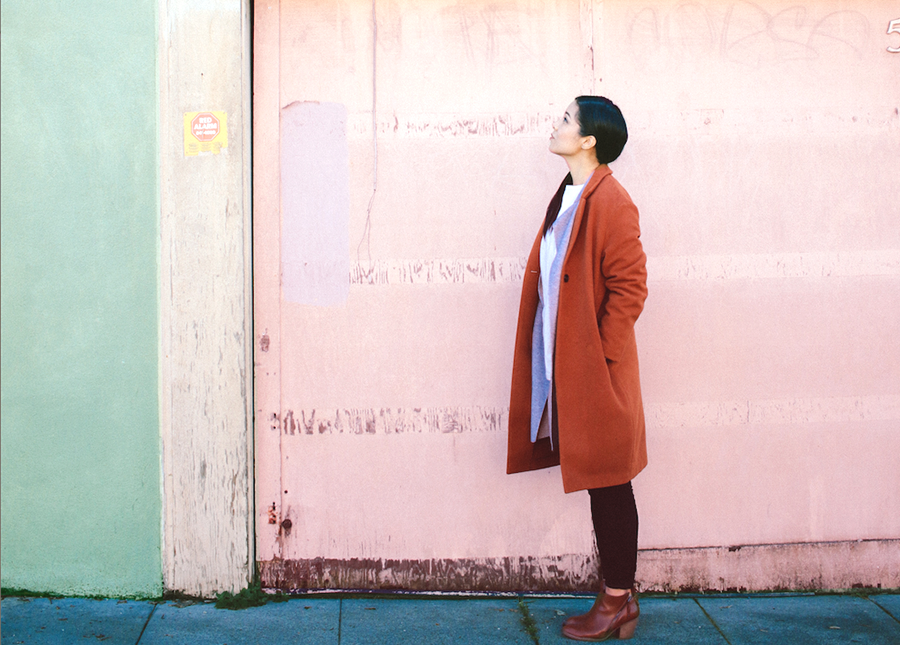 If you’re looking for a quick, pithy article about how to save an emergency fund, this is not it. I mean, I can give you the basics, which is to set a goal, save money every month, and then hit that goal — but that’s not all that helpful. Especially if you’re just getting started, and you’re sitting there thinking that three-to-six-months of expenses is so h*ckin’ much money. (Because it is! It really is.)

Last week, I hit my goal of a fully-funded emergency fund, and I want to share more than the celebratory tweet I sent to commemorate the occasion. I’m thrilled to have hit this goal, but some of the replies I got were from people who are just starting, and what I really wanted to say didn’t fit into a tweet. It’s the true, full-length story of my emergency fund. This was not some quick or especially easy process, pals.

For a long time, I thought that my early emergency fund efforts were what not to do, personified. I had one, which was a good thing, and it really helped out that time I got fired — but I also raided it for many things that absolutely were not emergencies. It was easily accessible and stored at the same bank as my checking account, and I had no other spendable savings. Whenever a big expense came out, bam, emergency-fund-funded.

That was the best I could do at the time, and you know what, that was okay. I wasn’t making enough to send an extra hundred dollars a month towards a net new savings account, but my emergency fund still protected me from going into debt for big purchases. It gave me a buffer of money if I ever missed a paycheck, and those are two really great reasons to have an emergency fund, even if it’s not fully funded, or you feel like it’ll never hit the lofty goal you’ve set for it. However, my life circumstances changed, and I wanted (and arguably very much needed) a bit more of a safety net. That’s when Stage 2 happened.

It wasn’t until I already had a dog, and had really started thinking about My Future (in what I fondly refer to as my “come to finance” moment), that I took the advice literally everyone gives you: I set up a separate account dedicated to my emergency fund. At the time, it just meant opening a few different savings accounts with Tangerine, most notably a “Vacation and Gifts” account. Those were the things I usually raided my emergency fund to cover, so hey, if nothing else, my early attempts at an emergency fund at least taught me some good lessons!

Then I looked at my monthly budget, and set up new automatic savings contributions that made sense for my income at the time. This was a few years ago, so I genuinely couldn’t tell you with 100% accuracy what they were, but I’d guess that I scaled down how much I was putting strictly towards emergencies, and allocated some of it towards my other savings. Which, if it helps you actually not touch your emergency fund? I am all about.

Eventually, I started entertaining the idea of moving my emergency fund to a different bank, for a few reasons. One, the purely financial, is that there were places I could earn more interest on my savings. Two, the purely emotional, was that if I didn’t see it, I was way less likely to spend it on things that weren’t emergencies. If seeing a huge chunk of cash sitting in your account is going to be a challenge for you, this is the easiest fix: just move it.

(And I think more people would find it challenging than wouldn’t, in my Professional Internet Opinion.)

Luckily, by the time I got to this stage, EQ Bank had launched (in Canada), and once I got off the waitlist for one of their baller high-interest savings accounts (yes, actually, that was a real thing that happened, but it’s not anymore, and you can open one today) I threw my entire emergency fund in there. It’s also where I stashed my house down payment savings, for the same reasons, but that’s a different topic entirely.

When you’re building an emergency fund, I hate to say it, but this is most of the work. You’ve got a separate account, you’ve set up your automatic contributions in a way that makes sense with your budget…and now you have to wait. For years, probably. Sure, you can adjust your contributions over time, and increase them if your income goes up…but mostly, it’s just a waiting game. A nice, boring game of watching your money slowly get bigger, and in my case, giggling about how much I was getting paid in interest every month. (Actual dollars! Sometimes tens of them!)

Stage 4: Spending (Some) Of My Emergency Fund

The whole point of an emergency fund is to protect you when things come up, and shelter you from taking on high-interest debt to handle those things. It makes sense that over a few years of saving, one or more of those things might happen to you. It definitely did to me, although not in the way I thought it might. I was prepared for things like job loss, vet emergencies, and car repairs, but I wasn’t prepared for how much it would cost to switch jobs.

When I got a new job this summer, it was a move I hadn’t seen coming — and came with expenses I hadn’t seen coming, either. I spent about $2,500 all together on a new phone, a new computer, and buying my employee stock options at the job I left, all of which came out of my emergency fund.

And you know what? I felt no guilt whatsoever about it. I know that’s not really the norm, and it’s easy to feel really guilty spending your savings, especially important ones like your emergency fund, but I felt like this was exactly what the savings were there for. The expenses were unexpected, they were larger than I could cover with my monthly cash flow, and while they weren’t an emergency in the bad way, missing out on the amazing new job opportunity would very much have been an emergency. So I spent the money on my credit card, transferred the funds out of my EQ Bank account, and committed to continuing my savings to “reimburse” myself.

Even with my monthly savings, it was a slow climb to pay back the money I had withdrawn to cover my job-switching costs. Like, slooooow. But I kept at it. Slow and steady very much wins the savings race…until there’s another option available. That’s what finally put me over the edge.

This year, I got a nice tax refund when I filed my taxes, and my highest-priority goal was to fully fund my emergency fund. Partially because then I could stop contributing to it, effectively freeing up hundreds of dollars every month for other goals, and partially because I just really wanted it. I’ve been saving for this goal longer than any other on my plate right now, and dang it, I wanted to be done. So I threw about $2,000 at my goal, and it was done. Celebratory tweet, sent.

What’s the moral of this (very long) story?

It’s easy for me (or anyone) to post and revel in Big Financial Accomplishments, but all too often those posts gloss over the real-life parts of the story. For me and my emergency fund, that part is that it took me literally five years to get here — but also that my emergency fund saved my butt a whole lot of times along the way, even though it wasn’t “done.” Your emergency fund doesn’t have to be full or perfect to do what it’s supposed to do: save your butt. Or, in my case, help you take advantage of opportunities and manage big expenses when they come around. Anything you can start with will be there when something comes up, even if it comes up before you’re done saving.

In an ideal world, would you have liquid cash savings to cover every possible expense and scenario? Sure, but I live in the real world, and I bet you do, too. Sometimes you will need to use your money in ways that aren’t textbook-ideal, and that doesn’t mean you’re doing it wrong. It also doesn’t mean you’ll never get there! So play the slow-and-steady long game. I did, and I’ve got the emergency fund to prove it (five years later).