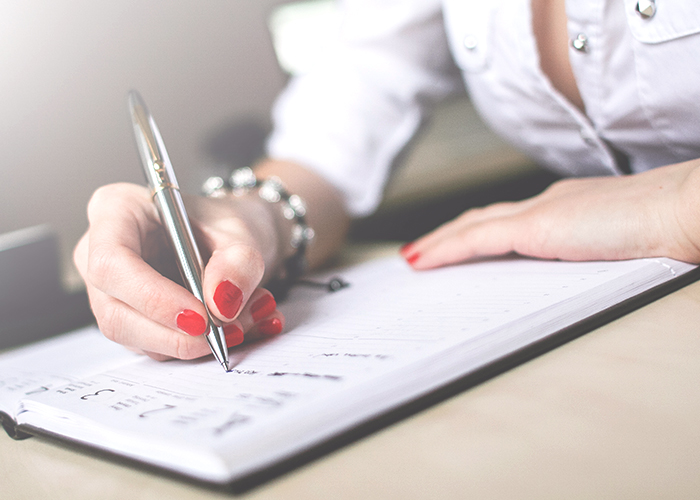 Prior to March of 2015, I lived in Washington, D.C. I made less than $40,000 per year, my rent was more than $1,000 per month, and I spent way more than necessary on luxuries. Living in D.C. was not cheap; I was unable to save and barely broke even with my expenses every month. So, I did something drastic to change my financial situation.

I took a job in Lesotho, a small country landlocked inside South Africa. I love my new job; it pays a mediocre salary, but with some thinking and budgeting, I am able to save far more than I ever thought possible. There are a lot of ugly misconceptions about “Africa” as unilaterally a war-torn, violent, and dangerous place to live -– and yes, there are certain parts of the continent that are like that. But Africa is an enormous continent with dozens of countries, and there are more places than not with “normal” ways of life, and problems to deal with, according to our standards. In Lesotho, I lived a very similar life to what I did back home in D.C. Things like eating out and drinking are slightly cheaper here, but in general, things cost the same as American products, from clothes to groceries to petrol for your car. Some things, like internet and makeup, are even more expensive than they are back home.

That said, there are plenty of things I’ve cut down on or eliminated since living in Lesotho that have enabled me to save as much as I do and still put $350 towards my student loan payments each month. Below is a breakdown of exactly where my $1,600 of savings comes from each month.

As a young person, you think you need to live in the very trendy apartment in the very trendy part of town in the very trendy city you work in. You don’t. I was living incredibly above my means back in the U.S., spending nearly half my monthly take-home salary on an apartment. This is an absolutely ridiculous choice; it would have been completely fine to get a room in a house or an apartment in a cheaper area of the city. Now, I spend $500 per month on a small furnished apartment.  After living in this simpler way and seeing the benefits of it, I refuse to pay an excessive amount of my income on rent ever again. Savings, compared to my former lifestyle: $550 per month.

Back home, my cable-plus-internet plan (split between my roommate and I) was nearly $100 per person. I haven’t had cable since I’ve moved to Lesotho, and I don’t miss it at all. With the accessibility of Netflix, Amazon Prime, and a good VPN (all of which I also paid for back home), I’ve managed to cut these costs significantly. Internet still runs me nearly $30 per month, but without cable, this has made a pretty significant difference in spending each month. Savings, compared to my former lifestyle: $70 per month.

I have to dye my hair because it’s getting a bit gray. I also have long hair that, back home, I was cutting pretty frequently. Getting a haircut and dye job back in D.C. easily runs you $100, plus tip. Now, I buy a box of hair dye at the grocery store here and dye my own hair; I also opt to get a cut only every few months (when I make the trip to Johannesburg for a proper cut). Savings, compared to my former lifestyle: about $50 per month.

Back in D.C., I lived down the street from my favorite boutique. This particular boutique got new clothing shipments twice a week, so naturally, I went there at least once a week to check out the haul. Because I was such a frequent shopper, I made friends with the owner; she would pull clothes aside for me and leave them in the back “just for me” (READ: she knew I was a sucker who would basically buy anything, and who can blame her? The clothes and accessories were SO CUTE.) I would buy at least one new outfit each week. Yes, I had a closet full of amazing clothes, but also an empty wallet. Since moving here, I’ve practically cut shopping out completely. I now only buy new things that I really need -– a new coat

for fall and winter, a new pair of jeans, a new bathing suit, new shoes, etc. I’ve also started buying quality items and cutting out fast fashion completely. The amount of savings I’ve scored from this lifestyle change is probably second only to my savings on rent. Difference from my old life: about $350 per month.

This was also a huge savings area for me. Back home, the yoga studio I belonged to cost $160 per month for access to all the classes, towels, and vinyasas you could want. Yes, this investment in my health was something I used nearly every day, but ultimately, with all the videos you can find on YouTube (and the weekly free yoga class where I currently live), I don’t miss my upscale yoga regimen.  Savings, compared to my former lifestyle: $160 per month.

My salary increased pretty significantly after moving here (which is not saying much, since I was pretty underpaid at the job I held prior to this one). A lot of U.S. companies that are based abroad offer pretty competitive salary and benefits packages. Plus, if you get paid in U.S. dollars on any continent that’s not Europe or Australia, you tend to do extremely well in terms of exchange rates. As a result of my salary increase and the exchange rate, I was able to put nearly $5,000 of my new earrings towards savings each year. Savings, compared to my former lifestyle:  approximately $180 per month.

It’s much cheaper to get a good meal out on the town in Lesotho here than it is in any major U.S. city. That being said, if you eat and drink out all the time in Lesotho, it can also get expensive. Since I’m trying to be healthier, I’ve limited my drinking to the weekends (or the occasional gin and tonic at home). I eat out about once a week. Back home, I ate out a few times a week and went to weekday happy hours all the time. Now, if I go to a drinks event after work or a bar trivia night, I drink water. The benefits are manifold: I can wake up earlier, I’m hardly ever hungover, and I have a fatter wallet as well. Savings, compared to my former lifestyle: about $200 per month.

Costs that have stayed the same include transportation (I spend the same on petrol for my car as I did refilling my metro card each month in D.C.) and groceries, which are no cheaper here than back home. I also travel much more in Africa than I did in the U.S. Things to note: I do not have credit card debt, but I make up for establishing a good credit record by regularly paying off my boatload of student loans.

None of what I’ve saved is really because I live in a “cheaper” country; though some of my savings are made possible by my salary increase and the favorable exchange rate, the majority of my money gains are possible because I’m just making smarter decisions with my living costs and re-allocating funds (from luxury categories, where I spent excessively) to savings.

At first, I used a budgeting spreadsheet that I downloaded offline. I tracked every single thing I spent, down to every coffee I bought at the local café. After three months of doing this diligently, I was so stressed out and anxious that I felt like I couldn’t spend anything. I had notes in my phone that tracked everything to the last penny, and I felt trapped by the excel sheet. When emergencies came up, I felt guilty for spending, even though I knew I could shift money around and make it work.

For example, my grandmother was getting sick (and eventually passed away) and I booked a last minute flight to Italy to see her. I don’t regret this, of course, but it was hard to spend $800 on a plane ticket when my budget said I shouldn’t. The next month, my cat got sick and racked up a $300 vet bill. These emergency expenses are really tough to handle sometimes, and although the costs were both completely worth it, keeping a budget spreadsheet just made me too stressed-out.

I know this doesn’t work for everyone, but for me, when I got paid each month, I automatically put $1,600 into my savings account. I don’t touch that money, and that forces me to make it work the rest of the month with what I have. There was one time (the $800 plane ticket) where I allowed myself to dip into my savings account to pay back my astronomical credit card bill that month, but the next month, I saved a ton to ensure that I paid myself back for that expense.

The point is: you don’t have to up and move to Africa to save money. You just have to figure out what works for you. If you had told me a year ago that I would have $20,000 saved up, I would have laughed at you. But with a bit of thought, sacrifice, and planning, these kinds of gains are absolutely possible. Even if your rent is over $1,000 per month, you will be able to find a way to save a substantial amount of money by curbing one or two bad habits. For me, it was shopping aggressively.  Maybe for you it’s coffee and expensive makeup, or blowouts, or taking cabs everywhere. Whatever it is, there is money nearly all of us have that we’re spending on unnecessary items! Take a look at your finances; I’m sure you’ll be amazed at what a little cutting back can do.

Stefania is a New Jersey native and public health researcher who plans on living abroad for as long as possible.