How Much I Saved When I Got Rid Of My Car 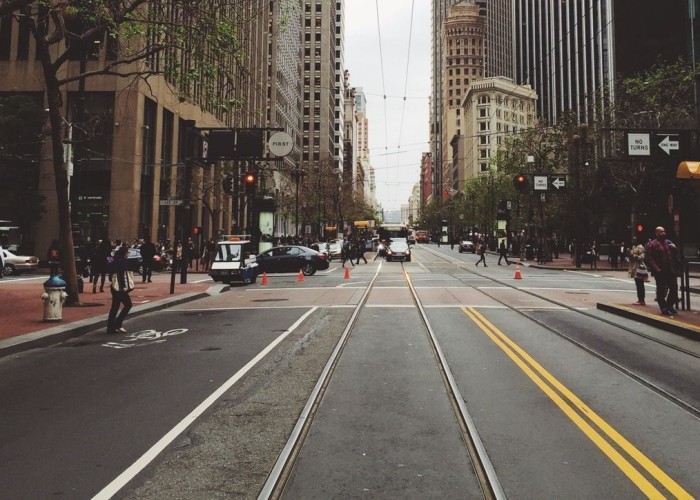 My partner and I have been car-free since 2008. It’s a lifestyle choice we made in order to to save money and the environment, but also, neither of us care much for driving. At the time of our decision, we were living on one income and found it difficult to save money when we had to pay for maintenance costs on our old, broken down Oldsmobile. We ended up saving some money and buying a Honda Metropolitan Scooter, which we no longer own. We used the scooter mainly for getting to and from the grocery store. But, in the end, public transportation became our main means of travel.

First, I must say, living car-free is not for everyone, and there are a lot of things you need to consider if you are thinking about giving up your car for good. If you live in the country, or even in the suburbs, going car-free may not be possible for you. If you have children or physical mobility difficulties, going car-free may also be impossible. Either way, I’m not writing this to criticize people who own a car and to praise people who do not; I simply wish to share my story, so that if you are thinking about making this decision, you can better understand some of the good, the bad, and the ugly that is involved in living car-free.

My partner and I have lived car-free in the U.S. and abroad, including Denver, Washington DC, Hong Kong, and London. So, we’ve had a variety of experiences in what it’s like getting around town, and how much it costs.

Living car-free was definitely more convenient and affordable when we lived abroad; both Hong Kong and London have very reliable public transportation systems, while Denver is still in the midst of building it’s Light Rail system. In Hong Kong, living car-free was very affordable; my daily commute was about $2. On the other hand, I spent about $10 a day on public transportation in DC. The Tube in London was more expensive than the bus or train in Hong Kong, but it was generally a lot faster, with my commute being about 20 to 30 minutes to get from my flat to my school. In Hong Kong, I often experienced traffic jams that would turn my 30-minute commute into an hour, or an hour and a half.

Even though the cost of public transportation is higher in the U.S. than abroad, one of the main reasons we initially decided to go car-free while living in Denver was to save money. According to the American Automobile Association (AAA), the average annual cost of owning and operating a car in 2015 was $8,698. Currently, we are back in Denver and are still car-free. My partner spends $474 per year on his monthly bus and train pass — he actually spends about $948 per year, but his work reimburses him for half the price of the pass. I buy my bus and train tickets à la carte, since most of the time I walk or bike to work, so it’s more difficult for me to calculate exactly how much I spend on transportation. But, say if I were to take the bus or train to and from work every day during the winter months, I’d spend about $312 per year on transportation. If you add in grocery store trips and other weekend outings, I probably spend about $400 on transportation per year. Even if you bumped up my annual transportation costs to $500, for good measure, my husband and I collectively spend only about $974 per year total on transportation. That’s about a tenth of the cost of owning one car.

This year, we decided to join Zip Car, a car-sharing program that we use from time to time, especially when we need to go somewhere to buy something we can’t carry, like furniture. It’s like renting a car or truck, but it’s more affordable and is charged by the hour, rather than by the day or week. A monthly driving plan is $7 per month, and it costs about $9 per hour to rent a car. Gas is free; there’s a gas card in the glove compartment of all Zip Cars. And you can purchase additional insurance at a nominal fee.

So, if you include the annual cost of joining the Zip Car program to our commuting costs, overall, we spend about $1,506 per year on transportation, although this does not include the $9 per hour cost of actually renting a Zip Car. This is still significantly less than owning one car. It’s interesting, but some of the most popular questions and comments I get from people when I tell them that I don’t own a car have nothing to do with finances. Some of the most common questions I receive are “How do you get your groceries?” and “How can you stand talking to/sitting next to/being near strangers when you ride the bus/train?”

To answer the first question, I walk or take the bus, and I carry my groceries home in a backpack and in reusable grocery bags. My partner and I go together, so we both share the load. I suppose if I lived alone it would be more difficult, but I probably wouldn’t buy as many groceries, either.

I love walking; it is one way I get exercise into my day without having to go to the gym. According to a study published in 2010 in Medicine & Science in Sports & Exercise, the average American walks about 5,117 steps per day, which equals about two and a half miles. I walk at least three miles to and from work, and so does my partner. That amount doesn’t include any of the other walking I do in my office, or when I go to lunch, run errands, or take a walk with my partner.

To answer the second question, I’ve become comfortable with having other people around me on my daily commute. In Hong Kong, from the moment I walked out my door, I would be surrounded by hundreds of people walking everywhere. It’s nice to be able to interact with other people every day, as well as with nature and the world around me. Sometimes you can have very fulfilling interactions with people who may be very different from yourself. When I went from my house, to my car, to my office, I felt as though I’d missed out on everything in between. I’m not saying that there haven’t been situations in which someone on the bus or train has done something inappropriate or uncomfortable. But usually I’m not alone in these types of situations, and the people around me or the bus driver often do something about it.

I won’t lie; there are days when both my partner and I are tired, and neither of us want to go to the grocery store, or even walk to a restaurant. The thought of just jumping into a car and driving a few minutes to our destination sounds so much more appealing than walking or taking the bus. But, in the end, I usually change my mind, especially after bumming a ride in someone else’s car. I get car sick easily, and traffic jams are frustrating. It’s just easier to hand the burden of driving over to a bus or train driver than having to deal with the annoyances of driving myself. And in the end, I know that I’m saving money; I can see it in my bank account at the end of every month. I can use the money that would be going into a (possibly depreciating) car, and instead put it toward my student loan debt, or my savings, and in my opinion, that’s money well spent!

Rine Karr is a writer and aspiring novelist by moonlight and a copyeditor by daylight. She’s currently the Chief Copyeditor and an occasional contributor at Women Write About Comics and an Anime Writer at Girls in Capes. She likes to tweet about art, fiction, and other geeky things.