How Much It Actually Costs To Get A DUI 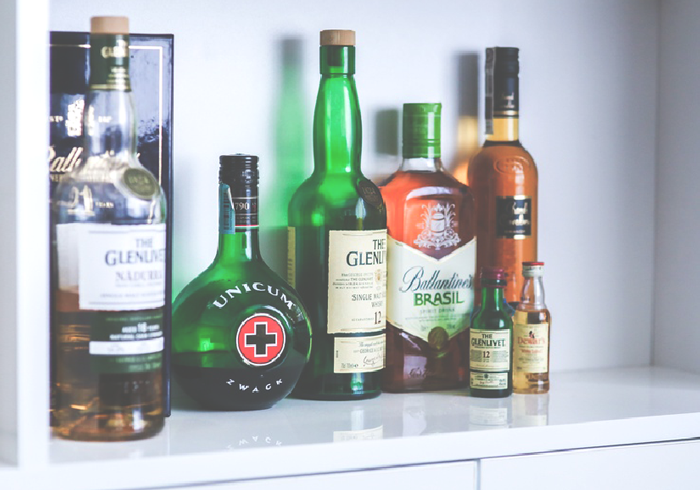 Recently, I had an experience where a good friend got a DUI, and I happened to be close by when it happened. I think we have a lot of assumptions about drunk driving (of course, in terms of the safety of the person behind the wheel, and others on the road), but also in regards to the financial implications of getting a DUI. I’m embarrassed to admit that the billboards that say “you just blew $10,000” are the only frame of reference I have for the costs associated with a DUI. The more I saw this friend get shaken by the experience, the more I was reminded how little I knew about what happens when you get a DUI, and what it actually costs. I asked around to see if anyone I knew would be comfortable getting interviewed about a DUI. Through a friend, I was referred to Steve Mason,* who got a DUI in 2013, while working to make enough money to go back to college. He covered the costs almost entirely himself, rather than relying on family, and is still feeling the financial repercussions that come with having a DUI.

Below are his detailed answers to six financial questions about getting a DUI:

When did you get a DUI?

I was arrested in August of 2013 in New Jersey, and convicted in November of 2013. I was pulled over for having a taillight out, there was no accident or reckless driving complaint. Fortunately, my arresting officer actually really liked me. He spoke to the judge in my defense, saying that I was totally cooperative, wasn’t driving poorly, and was fully coherent. He said that the only reason he asked me about alcohol consumption was because he smelled booze on my friend, not me. But I blew a .17, which is obviously very high. I’m definitely still somewhere between embarrassed and ashamed when I mention that number.

Can you explain the costs associated with your DUI, including potential bail fee, lawyer’s fees, and the actual cost?

Weirdly, there was no bail. I was in and out within a few hours. Or maybe my friend was incredibly cool about picking up the bail fee, but I spent less than an hour in a cell and it was just by myself. They processed me, I waited for a ride, then left. There was a $200-something towing fee, which was more cash than I had to my name at the time, aside from what I had saved to go back to college (which was just a few weeks away).

It was $200 for the public defender, which I qualified for. I learned that you have to qualify financially for a public defender. I always assumed if a billionaire wanted to go to a public defender, he could, but the rights read “if you cannot afford an attorney,” and they make you prove that you cannot. I saw several applicants denied a public defender during my process, which means they would have had to spend thousands more dollars on a lawyer.

I spent around $800 in immediate punitive fees, total. I know it was under a thousand dollars, but that was also more money than I’d ever spent on anything other than school. If I recall, it was $300 generic fine, $230 for a mandatory class ($115/day, and first offenders got two days), $100 to a drunk driving charity, $100 to a rehab center, and $75 to a “safe neighborhood” organization. They allowed me to have a payment plan, but I am almost certain these all had to be paid off before I could get my license back, and I believe if I missed too many payments an arrest warrant would be put out.

Then, on top of all that, was a three-year, $1,000/year surcharge. They allowed me to pay this $3,000 off monthly. Then, upon regaining my license, I needed to have a breathalyzer interlock on my car for six months. This was $120/month to maintain, so it came out to another $720.

So, just in mandatory legal and towing fees that all adds up to $4,925.

Then, in my particular case, I was broke as hell and putting myself through college when the surcharge payments started. So, in multiple cases, I deliberately did not pay my surcharge, because the only punishment was a suspended license. That was a $100 fine, and I did that probably three times. Plus, I had to get to and from Connecticut for each court date, so that was a couple hundred dollars all told.  So, it cost me well over $5,000 before taking into account the way it changed my market-value, my insurance rates, etc.

Was your license taken away and how did not being able to drive/not having a car affect your finances?

After my conviction in November, I lost my license for seven months. You keep your license between your arrest and conviction — innocent until proven guilty. As I kind of alluded to above, this could have been a lot worse in terms of timing. I could get by without a car on campus, which is where I was for majority of my suspension, except for winter break, and the first month of summer.

It did cost me other money, though, as I lost my job which I’d had for years at college. That job involved driving a campus car, and staffing people with DUIs isn’t great for their insurance costs. I’d gotten enough raises there that I was making $11.50/hour, and had to replace that with a (CT) minimum wage kitchen job.

How did you pay off all of the associated costs?

The simplest answer is that I emptied out the money I’d saved all summer to go back to school. The idea of staying home for a semester because of this (without a car, no less) was absolutely horrifying, though. My family didn’t have any money to help me directly, but my dad had a massive collection of antique books. He told me I could take them and keep whatever I could get from selling them, until I had enough to go back to school.

So, for the next two weeks I researched, and sold antique books at a frantic pace. That part was actually fun (relatively)—if the stakes hadn’t felt so high, and the pace was slower, it would’ve been my favorite side job I’ve ever had. But again, that was really to get me back to school. The legal fees themselves just came straight out of my bank account. I was out my college savings, and for a while the money I made at my kitchen job went back to the fees.

Did you get financial help from your parents, or family members?

The book selling was definitely the biggest part. My parents were furious, but willing to help, they just had even less cash than I did. The books weren’t a family heirloom or anything, but they were cool and it was a bummer to be the reason we had to get rid of them. I’ve since paid them back, free of interest.

How has getting a DUI changed your life and finances in the long term?

Negatively, in a word. Since this interview is about expenses, I’ve glossed over the emotional component, but putting myself and my family in that spot was a source of real, legitimate, deep-reaching shame for me. I also had a girlfriend at the time who had left for college the day I was arrested, so she wasn’t exactly thrilled to tell her friends what her boyfriend was up to. I remember telling myself at the time “one day this will just be a bad memory, not a constant pain in your gut.” I said that until I paid off the last of my surcharges this February, and I still get occasional flashes of fury at myself over the whole situation.

Another huge hidden cost is insurance. After I got my first job out of college, I bought a car, and the payments were $230/month. As a male under 25 with a DUI, that car cost me $490/ month to insure (and my driving record is otherwise perfect). I don’t know what portion of that correlates to the offense, because I paid off my surcharge (which is when it stops affecting your insurance rate), and turned 25 in the same month. Now I pay about $150.

Lastly, I had the pleasure (that most of this generation has had) of entering an incredibly competitive job market. I did so with a decent degree, but not great grades, and a DUI to my name. There’s no way of knowing what that cost me, but I had a sinking feeling any time an exciting job asked about criminal history before I had a chance to introduce myself to the hiring manager in person.

Finally, I have learned a lot, and am now incredibly strict with myself about drinking and driving. I keep a breathalyzer in my car, and would never drive if I was even above .04, even though the limit in my state is .08. For someone who blew a .17, my case was honestly so fortunate. No accident, no reckless driving, and the cop who arrested me even spoke in my defense and told my attorney that he’d do anything he could to help me. And even then, it was still the biggest financial burden I’ve ever had to deal with.

*Steve Mason is not his real name.