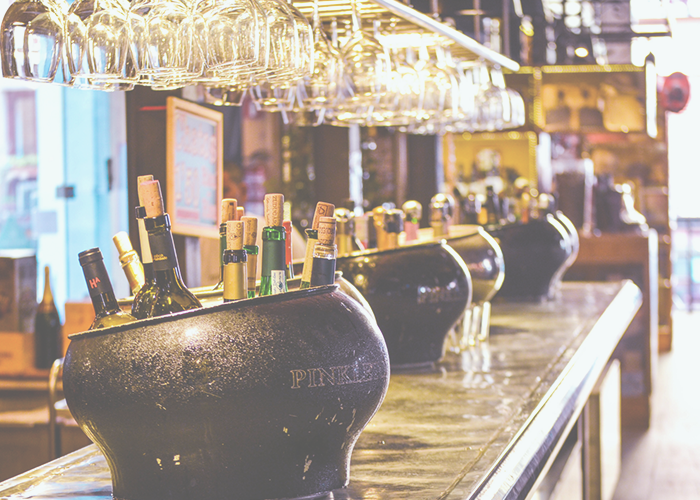 There is a fine line between someone who has alcoholism and someone who abuses alcohol. I consider myself the latter, and while that has been a challenge for me, I am almost grateful because I know the challenges surrounding alcoholism can be even more trying. For me, alcohol abuse wasn’t something I could hide without confronting. I made it five years before I knew I needed to take control of the issue. But simply knowing I had a problem wasn’t enough. I was the master of accepting shitty situations that I put myself in. Every attempt at self-improvement disappeared with the second pint. Somehow, through all of this, I have had the greatest support system in the form of family and friends, for which I cannot be more grateful. However, I needed to stop leaning on them and taking their resources while I drank myself sick.

So to stop myself, I made a list of friends I had lost (understandably) through the awful version of me that would come out after too many tequila shots. I then titled that list “Reasons I Drink” and ceremonially burned it to a crisp, because looking at it made me want to pound shots until I had a barefoot meltdown in the parking lot of a Wendy’s at 10 AM, just like the day I graduated from college. (My mom was so proud.)

Inspired by this website, I made a list of the financial cost of five years of problematic drinking. It might be the most sobering thing I’ve done. For the record, a lot of these are estimates, because we are talking about a huge span of time and a really depressing subject (for me). And I am in no way am I condoning my actions, or the fact that it took me this long to fix them. I am just trying to bring some clarity, and frankly, honesty to my situation. Interestingly, alcohol itself amounts to only a small portion of the damage this addiction has done to my life.

Let’s start with the big stuff:

Loan from Sallie Mae for a community college program: $20,000 ($10,000 loan with the magic of compound interest, and no job to show for a degree I did not finish. I figured I needed structure, but was too drunk to get a job to provide it.)

Apartment damages fees, because I got too drunk before moving out to clean it properly: $432

And now to include the actual cost of alcohol, which is definitely an estimate, but probably not far off:

Destructive crying sessions with a close friend who also suffers from alcohol issues: $576 (three bottles of cheap wine between us is $24/night x 3 nights/week x 8 weeks straight). This led directly to the firing in the lost wages section.

Of course, this list also made me want to drink, until I actually sat down with it. I really stared at these numbers, letting them make sense. During this time, I have always been un- or under-employed, most often as a server, which is a career I cannot recommend highly enough, but also poses it’s own particular risks in my situation. I am working to transition to other jobs with less pronounced drinking cultures, and less nocturnal hours.

Since I am taking classes at my community college and paying out of pocket for them, I am currently only paying $25/month for my student loans, but I would like this number to be higher. Last year, I was paying $143/month, and I would like to get back to this. My student loan doesn’t really negatively impact me, but I included it because if I had not been drinking so heavily at the time, I could have paid for those classes out of pocket. This loan has at least been positive for my credit rating, and I met one of my best friends taking those classes. However, it stings to realize I won’t be done paying it off until 2025.

The DUI was paid in full by my father, and I am paying him back in $500 installments several times a year. We both accept that it will be several years before I pay this off, and in the meantime, I am working to restore our relationship. I realize how disgustingly privileged I am in this situation, and I can’t say I would have done the same if I had a kid. Now, I take whatever money I would have spent on a six-pack, and I put it in a savings account. The number is currently low, but it’s growing, and every dollar represents a step away from the person I used to be. I have learned how quickly mistakes add up, and how much work goes into repairing them. I accept that I will probably slip up again, and I will need to learn the balance between holding myself accountable and forgiveness. More than anything, I am working to improve my quality of life and appreciate the value of each dollar I earn, the good relationships I have in my life, and the time I’ve gotten back since I stopped blacking out.

Caly is an Austin cliché who is working on her Paralegal Certificate. She has read more biographies of trashy celebrities than any feminist should, and if you have a good one, send it her way.