How My Abusive Relationship Left Me Emotionally Bankrupt 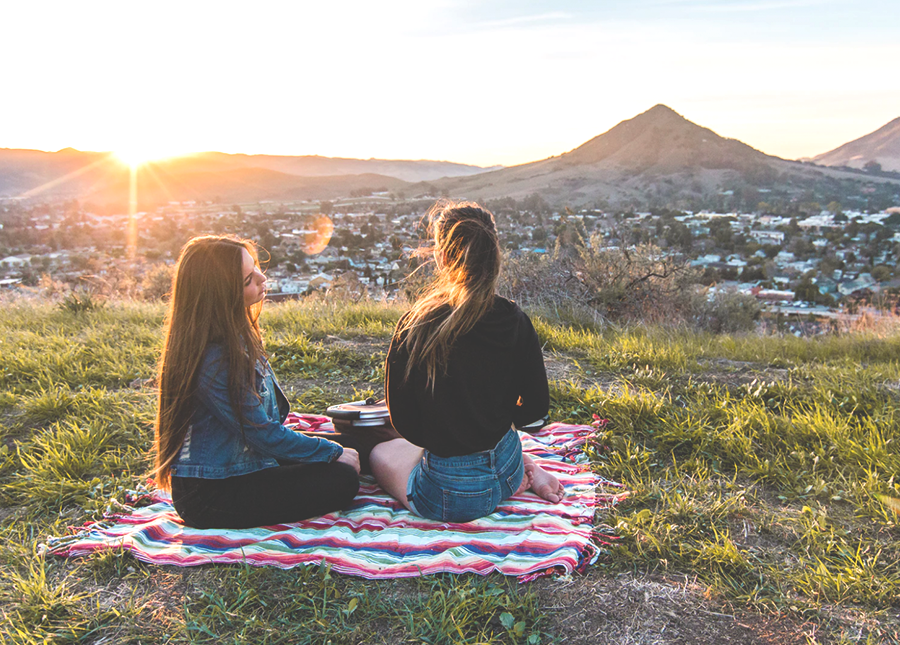 Last October, I pulled the still-blooming Alpine strawberries I had grown on my balcony from their flowerpots and carried them to the graveyard across the street. There, I threw them on a compost dump on a pile of withering funeral wreaths. Shortly after, they were followed by my bridal bouquet (light pink roses and baby’s breath), which I had dried for safekeeping.

For ten years, I had tried to make a relationship work that I should have never gotten into — a relationship that had robbed me of my health, my friends, and my self-esteem. Discarding these symbols of love and domestic bliss while I was packing up my belongings felt like acknowledging a complete defeat. I have never experienced financial poverty because I have a middle-class background and manage to live below my means. But I know how it’s like to be isolated and emotionally drained by an abusive partner.

I was 17 when I met Dara (not her real name). She was enrolled in an exotic university program and surrounded by likewise unusual and creative people. Never before had I met a person who was so charming, and who could make me laugh so hard with her witty comments and jokes. But from the beginning, there were red flags that she wasn’t the most stable kind of person. After one month of knowing me, she insisted on hearing from me daily. Even before entering into an official relationship, she forbade me to become romantically attached to anybody else. Whenever she thought that I was spending too much time with another person, she threw a temper tantrum, followed by a fit of weeping to beg my forgiveness. Afterward, she referred to these moments as “our” conflicts, and made me promise to keep them a secret.

At 17, I had no idea what a healthy relationship looked like. The topic had neither been addressed at school or at home. It was almost like a taboo. Either you had a happy relationship, or you didn’t. My only sources of advice were movies, books, and TV shows, and unfortunately, my fictional role models made me believe that secrecy and constant fighting were both unavoidable and romantic.

About two years into the relationship, it started to dawn on me that my fights with Dara wouldn’t go away. They were not initial difficulties — they were permanent. But this realization came too late for me. I now felt like it was my responsibility to help her. I willingly spent hours and hours listening to her problems and coming up with ways to ease her fears about the future. We both knew that our relationship was one-sided, but I thought that my commitment and endurance would lead to a return eventually. I clung to the promises she gave me: A peaceful home, children, a family. And I fell prey to the sunk-cost fallacy: I had already invested so much time into Dara — I couldn’t admit that it had all been a waste.

So instead, I doubled my efforts. I helped her write her essays for university, I researched internships and jobs for her, I encouraged her to move out of her parents’ place to another city for the first time in her life (she was 29 at that time). I went apartment-hunting with her, when I should have been working on my final thesis, without even batting an eye. Managing two lives at once put a huge strain on me. It took a toll on my health, my career, my social life and ultimately my reputation. I was that friend who left the party early because my girlfriend insisted on her daily phone call. I stopped going on vacation with my parents because I spent all my free time with Dara. I stopped keeping an eye open for job opportunities.

She was the first person I spoke to in the morning, and the last person I spoke to at night. Whenever I met a friend for more than a few hours, she expected me to tell her everything we had spoken about. Whenever I couldn’t make our daily phone call or when a meeting lasted longer than I had expected, she immediately confronted me about it calling me a liar for changing my plans. Six years into our relationship, I tried to break up with her for what I hoped would be the final time. Crying and shaking, she urged me to turn it into a temporary break instead of a final cut. She stopped eating until she visibly lost weight and slept so little that her eyes looked sunken. After witnessing this for a week, I gave in. It was in the middle of the summer, and we agreed that I would travel to Italy for two weeks to catch my breath.

In retrospect, I can say that this was the point when the isolation started. While I was gone, Dara told our mutual friends that I was turning into quite a handful. According to her, my vacation in Italy was just another symptom of the ego trip I was embarking on. And our friends — who knew nothing of our fights — unfortunately believed her. When I came back, Dara promised me to go to therapy and work on her jealousy. So I decided to move to the town where she had found a job. We agreed not to move in with each other yet. Instead, I shared an apartment with a wonderful flatmate who became my new best friend while my former friends vanished from my life.

About after one year of therapy, Dara’s therapist declared there was no more need for therapy, and I had to agree that our relationship had gotten more harmonious. At that point, I sadly couldn’t see the direct link between my number of friends and the frequency of fighting with Dara. Since we had both started to earn decent money, we moved into an apartment together and decided to get married. We shared an apartment for sixteen months and lived as a married couple for six.

Those sixteen months have by far been the most lonely and desperate months of my life. After giving myself completely to Dara, she apparently lost interest in me. I think she no longer saw the need to control me as thoroughly as she had done before. And the lack of drama must have left her at a loss since constant fighting and reconciling is at the core of all her close relationships. While we lived together, Dara was either at work warring with her boss, meeting her friends, or complaining to me about said boss and friends. She was obsessed with two friends who had become a couple recently. She accused them of neglecting her while she didn’t even have the time to share breakfast with me once a week.

Her being away all day meant that I did everything alone that would be considered a couple activity. I furnished our apartment alone, I cooked dinner alone, I went to the gym alone. I spent Friday nights alone, as well as Saturday and Sunday mornings, since Dara worked on Saturday, and on Sunday she was too tired to do anything. I even organized our wedding alone. I could have spent my weekends with friends and family, but I was too ashamed to admit to anyone that my partner never had any time for me. I hid in our apartment when Dara met my former friends. I hid in our apartment when she visited her family for Easter (she didn’t want me to come because of my dietary requirements).

I replayed what she had told me in my head until I came to the conclusion that I was at fault for being lonely. That I really was too weird and egocentric for this world. And I always got to the conclusion that I should stick with the one person who, despite her popularity, was willing to put up with me. Dara. My loneliness made me feel so ashamed; I was now as invested in upholding a shiny facade as she was. And to outsiders, our life must have looked picture-perfect: A fancy place in a popular city with new furniture, a gorgeous cat, a cleaning lady who took care of our apartment, and vacations at the seaside every summer. Nobody knew that the cat had become my closest companion, and that I was having longer and more meaningful conversations with the cleaning lady than with my wife.

In the end, I managed to leave Dara by breaking the first rule she had set for me. I confided in one of my estranged friends out of sheer desperation while I had been suffering from inexplicable stomach pains for months. With the return of my friend, I realized two things: Firstly, I wasn’t as weird and unlovable as I had thought. My friend had missed me, and she was honestly glad to hear from me again. And secondly, Dara’s jealousy along with her controlling behavior immediately returned — I now saw the direct connection between my loneliness and our seemingly harmonious relationship.

In retrospect, I had been at a turning point and I couldn’t be more thankful to this wonderful friend for showing up when she did. My miserable health in combination with my isolation would have led to financial problems down the road as well — I am sure of that. Dara was very prone to impulse buying, always insisted on the most expensive options, and would have dined at a restaurant every day had I not insisted on cooking from time to time. So, I am immensely grateful that it never got to a point where she had any control over my finances, because I was too sick or depressed to care anymore.

After the breakup, my living standards have been lowered considerably. I live in a much less fancy city in an apartment that has not been renovated for years. I have to do my own cleaning again, and I have not been on a vacation for over two years. For the first few months, I didn’t even have a refrigerator. But it still feels as if I have escaped from dire circumstances to very happy and abundant ones.

To me, poverty means to be excluded from experiences that are available to the majority of people. And this is what made me truly miserable during my relationship with Dara: she had turned me so wholly into her creature that I can only see in retrospect how trapped I was. I couldn’t have close friends without drama. I wasn’t allowed to speak truthfully to my friends and family. I couldn’t even drink coffee, since Dara hated the taste with a passion. But most of all, I was excluded from having a stable and mature relationship, and from using my energy and time for my own needs and wishes. It didn’t get to the point of experiencing financial poverty, but I understand why people who have experienced it can never forget how it feels like. I will not forget my time of emotional bankruptcy, and healthy relationships will always feel like a privilege to me.

Anne Emmerich is a freelance writer and content manager based in Germany. She loves her cat to pieces and is very passionate about spreading veganism and financial literacy. In her free time, she volunteers at a charity shop where she is slowly replacing all her old hoodies with vintage dresses and waistcoats. She prefers to write under a pen name.