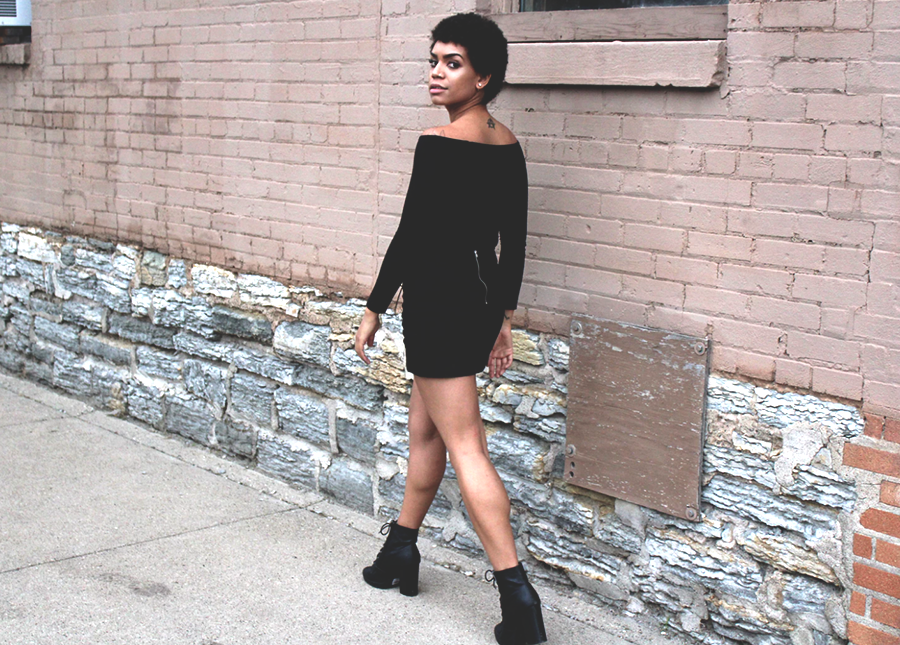 In June 2008, I got my first post-college job as a copyeditor. I had a shiny diploma and the desperation to stay financially afloat so I wouldn’t have to move back home. While I had worked as an office temp for a few summers, did a very brief editing internship my senior year, and worked as a TA for a professor, I walked into that job not really knowing what to expect.

I also walked into that job without thinking about building an actual career for myself. It didn’t really concern me that there was no room for growth in my department or the company at large. Everyone else in my department was a graphic designer, so there was no ladder for me to climb unless I wanted to go get a new degree or leave the company. My financial needs were met, and I liked the people I worked with. What more did I need?

Looking back on that first job has made me keenly aware of my lack of direction. I’d spent my childhood with the goal of getting into college, and then spent college with the goal of getting a job. Once I had that job, I didn’t have any new goals other than to keep paying the bills and save for a retirement that was forty years away. That lack of direction cost me when I got laid off, and I realized that I had no career ambitions and thus no real idea of what kind of work I should transition to. Should I stay in my struggling industry? Jump ship to whoever would take me? Not knowing what I wanted made those five months of unemployment even more stressful than they would have been on their own.

Now that I’m in my thirties, I have started to make decisions and set goals that will allow me to forge an actual, purposeful career for myself. When my current manager called me into her office to discuss if I was interested in swapping the administrative half of my work for either writing or logic design, I chose logic design. There were other writers in other departments, but my manager was the only one who did logic design on a day-to-day basis. I felt like it was a great opportunity for me to learn a skillset that was in short supply at the company. It was a good decision that came with a title change and boost in pay.

This new position didn’t come with a manual — it came with one-on-one instruction from my manager, a Word document with her notes, patient explanations whenever I screwed up, and praise when I figured out the solution to a tricky issue. It has been remarkably humbling to spend six hours banging my head against a single logic design problem; it has been incredibly validating when my manager calls a portion of my work brilliant. I have also been expanding my network since this new position requires me to work much more closely with people in other departments, which wasn’t something I did much of in my twenties at all.

I’m not depending entirely on my current employer to further my career, either. Last year I decided to break into writing, and my first-ever freelance article was published here at TFD. I’ve set goals for myself for this year, both in dollars earned and in the number of sites to pitch to. (32-year-old me remembers just how easily 22-year-old me became complacent.) I have no plans to transition to full-time freelance work (hi, U.S. health insurance), but having a portfolio can only be a benefit should I decide to go after a promotion, search for a new job, or even transition to a new industry.

But the most recent shift in my self-perception is feeling like I am a capital-A Adult. I spent a lot of time in my twenties worrying about whether or not other people saw me as a peer (the joys of being the youngest on a team) and trying not to fall into a student/teacher dynamic with my managers. Since I wasn’t hitting the traditional milestones of spouse, children, and house — and hadn’t been purposeful about forging a career — I kept questioning if I was a real adult yet. Real adults were supposed to know where their lives were going, right? They were supposed to be confident.

I finally started feeling like an adult in my thirties. It wasn’t because I had achieved some lofty goal (still no spouse, children, or house, though I’m working on the last one). Instead, I started feeling like an adult when I realized that I could uncover my own ignorance and then work to correct it. After the senior proofreader in our department went to part-time remote work, I ended up with the honor of being the senior proofreader on site. With that came a lot of questions from others in the department and the company on anything from product content to style guide issues to editing conventions.

Suddenly becoming the default expert on certain subjects was jarring, as I’d always had someone else to turn to for final confirmation. Now I was the final confirmation, and I quickly had to learn when to say I don’t know off the top of my head, but I’ll get back to you as soon as I figure it out. That sentence was remarkably liberating as it 1) gave me permission to take my time to investigate and discover the right answer and 2) significantly reduced that hope-you-did-your-reading-because-we’re-having-a-quiz-today feeling. I do much better work when I don’t feel like everyone who steps into my cubical could be springing a timed trap on me. I also do much better work when I can be honest about the gaps in my knowledge and have the tools and opportunity to fill in those gaps.

When I think back over the last decade, it’s a little weird to recognize just how much I’ve changed, both in my attitude toward my career and my perception of myself. I’ve gone from coasting along with whatever job pays the bills to actively broadening my marketable skills, and from constantly second-guessing my adulthood to being adult enough to say I don’t know, but I will soon. I hope the rest of my thirties will continue to improve me just as much as the first two years have.