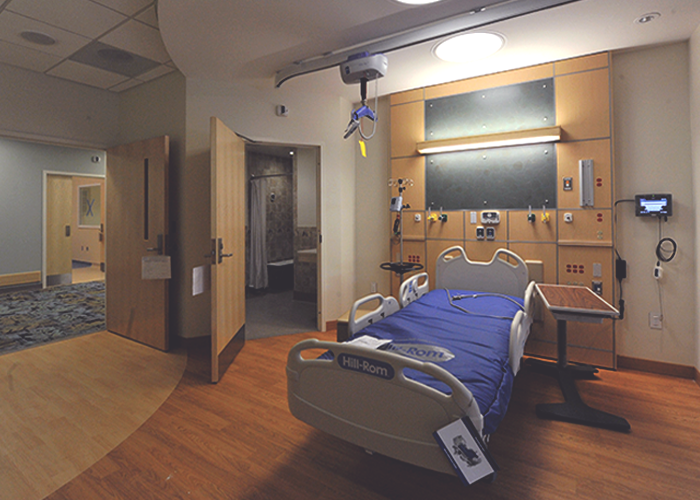 Before you read on, it’s important to know this is merely my perspective, based on my own experiences and personal values. I, in no way, aim to devalue medical professionals or STEM (Science, Technology, Engineering and Mathematics), or professionals in those fields. This is just one woman’s journey.

For six years, my mind was set on becoming a pediatric neurologist, because I love working with children and am fascinated by the brain. On my journey in undergrad, I was an advocate for young women to pursue STEM degrees. I co-created and co-taught lesson plans that would fan the flame in their hearts and engage their minds; the ultimate goal was (and still is) to break down the walls of disparities and inequities in STEM fields. I also spent a year as a research assistant in a psychophysiology lab, where I learned how the mind and body, together, affect our overall well-being. At school, I was in science heaven, with intelligent colleagues and amazing mentors. I was sincerely invested in achieving my dreams of becoming a doctor, and in inspiring other women to do the same. My passion for science remains alive to this day.

As an undergrad, I was the typical pre-med student, bright with ambition, checking things off a long list of what would make me an amazing applicant for medical school. I had so much to prove to the world, to myself, to my family, by becoming a healer of little people and their big, bad brain diseases. I dreamed about becoming a physician like some people dream about winning the lottery. It was all I ever wanted.

Why? Well, let me tell you a story:

It was 2 a.m. on Christmas morning, and my fiancé had answered the late-night phone call. We knew my mom hadn’t been feeling well for a few months, and that her symptoms had only worsened. I sat in the back of the car, sobbing, as we sped to the hospital, certain my mom was dying. When we arrived, we found my mom behind one of the curtains, with a pale, wet face and completely terrified, saying, “They think I have cancer… I think I’m going to die!”

I will never forget the look on her face or how low my heart dropped in that moment. Fast forward to a few hours and another misdiagnosis by another doctor. It wasn’t cancer, and it wasn’t the cold that three other doctors had sent her home for every other time she was in the ER that month.

My mom was finally diagnosed with Pulmonary Embolism, which are blood clots in the lungs that make it impossible to breathe normally. Her PE resulted from blood clots in the legs, called Deep Vein Thrombosis, that traveled through her leg veins into her lungs. Medical professionals call this a “silent killer,” because the symptoms are similar to many other minor pulmonary illnesses that are not as dangerous as having blood clots in your lungs. There is no immediate solution in this situation, because blasting the blood clots could have killed her, and leaving them as they were could have killed her.

All they could do was give her blood thinners, insert a inguinal catheter (a blood filter in the vein in her thigh) and keep her hooked up to fluids. I almost lost her after months of misdiagnoses from emergency room doctors who scoffed at her pain, implying she was over-exaggerating a mere cold, when she was near death the entire time.

“Why have they sent her home three times this month without conducting ANY tests, if she is in so much pain?” I would sit and ask myself this question, furious at the doctors for being negligent, unkind, and not utilizing their resources to help a patient.

“Is this what all patients experience?”

“Are all doctors so rude to their patients?”

“No one seems to like their jobs here, everyone is leaving us in the dark about my mom’s condition, no one has answers or wants to be informative or even act like they care.”

These thoughts were the birth of more questions about our healthcare system, healthcare professionals, and what I had hoped my future would look like, versus the reality I had experienced.

After two weeks of fluids, blood thinners and more doctors, my mom was released. Then, things got worse. A month later she returned to the hospital multiple times for new pain coursing through her back and groin; each time she was sent away with pain medication, no tests and no empathy. By the time she was admitted, we were close to losing her yet again this time because of a bacterial infection.

Her bacterial infection kept her in the hospital for over 40 days, causing new pain everyday as it traveled through her blood and grew in her spinal fluid and her heart. Fortunately, the doctors were able to get rid of the infection and transfer her to a clinic to be watched over for another few weeks. But the bacterial infection was also likely caused by the minor surgery when they placed the catheter inside her veins, because of the open wounds. Our biggest heartaches came not only from not knowing whether my mom would survive the infection, but feeling like the outcome did not matter at all to her physician’s. They showed no empathy, gave no pertinent information to help ease our minds, and made my mom feel like death was inevitable in her situation.

I could not stop feeling terrible for the manner in which my mom was being treated. She received rude responses to her desperate questions, and was only checked on every three or four days by her physicians, who hurried through the five minute meetings. These moments broke my heart and shattered the visions I had for what being a healer would be like.

We are incredibly lucky, because my mom survived this battle, but my dreams of becoming a doctor were done.

I still wonder about my mom’s physicians: are they happy, working at their dream job, saving lives, hardly seeing their families? I cannot answer those questions for them, but from the outside looking in, the doctors seemed discontent and disconnected, and that negative energy rubbed off on their patients. I ask myself the same questions: would I be happy in that environment? And the honest answer is no, I would rather spend time being a positive light in people’s lives rather, than spend 80-90 miserable hours per week, trying to be the best doctor I could be, and having zero energy to be the best mother, daughter, sister, wife, friend or neighbor I could be.

The truth is, your passion and smarts are not enough to survive medical school, and the years after. Having the tenacity, emotional stability, and the willingness to make personal sacrifices are equally necessary to becoming a great doctor. I am not willing to make those sacrifices.

I know my choice is an unpopular one these days and I still completely support men and women who go on to medical school, and praise the women who excel in their field, surpass societal barriers and make a difference in this world. But the fact is, I would rather know I am building a happy life and family doing something that doesn’t make me miserable, than feel like I’m winning a centuries-long battle for women. My passion for studying life could never surpass my love for life, and living it fully.

Alexandria Cardenas is a Southern California-based aspiring photographer and web developer. You can follow her journey of life, love and photography on Instagram. She can also be found hiking throughout California with her Husband, Jaime, and dog, Yogi.