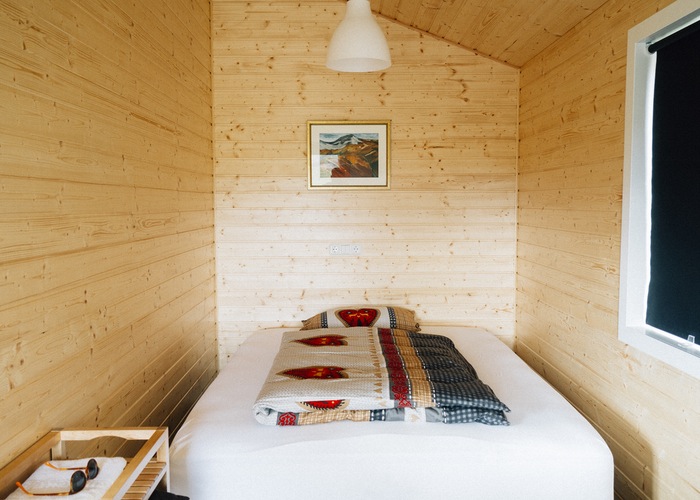 Like so many of my fellow classmates, I spent the majority of my first year out of college painfully unemployed. I didn’t mind it so much at first. I had enough money in my bank account to know that I had at least a little bit of time before I needed to be too-too worried about bills, and my last two semesters had been so crazy and work-intensive that having a cushion of time to, well, complete more than one REM cycle at time and, rekindle my relationship with Netflix, was a temporary godsend.

But after a few weeks of relaxation, the stress of joblessness began its hostile takeover of my brain. It started slowly. I wouldn’t hear back from a few prospects, so I’d deep-clean my bathroom and use the productivity to combat my increasing feelings of failure. And that was okay. Healthy, even. The problem was that it went on for months, and as my unemployment-induced madness escalated, so did the absurdity of my tasks.  Eventually, it got to the point that the only way to drown out my panic was to work on a giant-ass 3D jigsaw puzzle of the globe while re-watching a particularly engrossing TV show, and mentally cataloguing the places I could still apply. And all the while, I was obsessively tweaking my resumé — somehow convinced that if I moved around a few commas and changed the font, maybe the job market would suck less (spoiler alert: punctuation has very little power over on the economy).

This is how I found myself accepting a job as a housekeeper at an understaffed hotel, where my self-worth would spend the next eight months being slowly broken down. Before I get into the dirty details of what the job entailed, I have to say that I would never look down on any job, or the employees of an establishment. In my scenario, however, we were drastically understaffed, underpaid, and under-appreciated, which is, unfortunately, too common amongst housekeeping jobs. I spent hour after hour hauling around heavy stacks of linens, hunching over bathtubs, heaving sheets onto beds, half-running from place to place because it was the only way to finish cleaning all of my assigned rooms in anything approaching an acceptable time frame. It was challenging. Though, on the plus side, my co-workers were mostly kind, and it allowed me to keep living in an apartment instead of a cardboard box in an alley.

Every day, I would come home with weird warnings for my roommates, like, “Don’t get too close, I smell like bleach and disillusionment,” or “Fun fact: there is no non-awkward way to make a grown man’s bed for him while he sits on a couch and watches you in the mirror.” Also, I was not a fast housekeeper, and as the only one of my co-workers who had never done it before, I worked through my breaks to make up time in the hopes that they would have less of my slack to pick up at the end of the day. But even then, I was still far enough behind that after a long day’s work, those heroes in uncomfortable smocks had to help me finish my share of the labor before they were allowed to go home. And worse, they knew how guilty I felt about it, so they tried to hide their exhaustion and make me feel better, when I should have been the one making things easier on them.

On the opposite side of the compassion spectrum were the hotel guests, who more often than not, treated me and my comrades like we were wish-granting automatons instead of humans. Constantly, I was pulled away from what I was doing because some businessman refused to wait an extra half hour for me to clean the toothpaste out of his sink, despite the fact that it was his fault it was there in the first place. Doors were slammed in my face — often, almost smashing at least one of my body parts in the process — because the person in the room didn’t hang up a “do not disturb” sign while they were sleeping, and it was my job to knock on their door. My shins were perpetually bruised where they had to rest on the edge of a bathtub while I scrubbed it. My hands were cracked and rashy from the endless chemical baths. My feet were swollen chunks of burger by the end of every single day. I even dislocated my knee on the job once, and then had to hobble around on it before it was fully healed, because I couldn’t afford not to.

In those eight months, I picked up on a thousand life lessons that I never otherwise would have. For example, once you know what an adult’s feces looks like spread all over their bathroom, and once that adult knows you know what it looks like, you can never look them in the eye again. Ever. Also, things like porn and the patriarchy seem to have confused certain members of the population (douchebags) about what it’s okay to say to a young woman just trying to do her job. Finally, there are very few methods of reproduction more terrifying than those of bed bugs. I’d advise you not to look it up, but it involves a process called “traumatic insemination.”

The silver lining to this challenging part of my life was that it convinced me to quit my job and move back in with my parents. It made me unhappy enough to sacrifice the last splinters of my pride and leave, so that I could save up and move to a place with actual career prospects. And I’m not going to lie: in the year since, it hasn’t been easy living as someone’s child again after living on my own for six years. But still, it’s ultimately served me well. It’s given me the opportunity to watch my checking account numbers creep higher, because I’m still bringing in money. It’s saved me from the stress of barely scraping by, and feeling taken advantage of on a daily basis. It means that in approximately six months, I’ll be in a financial secure place, and can consider moving. And that’s not something to wrinkle your nose at. (Trust me. I cleaned a couple dozen bathrooms a day for eight months, remember? So I’m kind of a nose-wrinkling expert.)