How One Documentary Ended My Long-Term Relationship With Fast Fashion 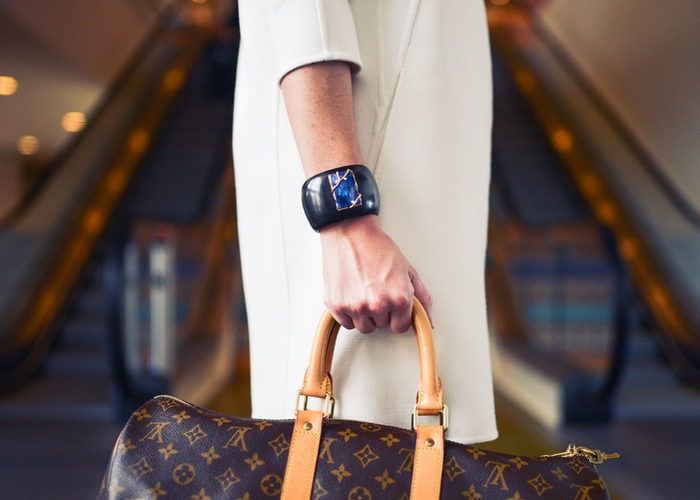 I was raised in the church of good bargains; my mom may as well be the original T.J. Maxxinista. As children, my sister and I were forced to spend Saturdays perusing racks on racks on racks of clothes at several T.J. Maxx and Nordstrom Rack stores. At first, it was boring, and we spent most of the time at other stores in the strip mall, waiting for mom to wrap it up. But then we got to be teenagers, and hunting for cute clothes became fun. Finding Miu Miu jeans for $15 was like winning a marathon of fashion. The cult of discount shopping became a core part of my consumer identity, and as I got older, it morphed into something less about deal-hunting and more about finding things that were cheap from the get-go.

To this day, getting to say “these pants were only $7 on sale!” feels good. Like, really good. This is especially so now because I live on a strict budget. In fact, for the last few years, I’ve limited my clothing and shoe purchases to fast fashion outlets. If it’s not on sale, or it’s not sold at Forever 21, Target, or Old Navy, I don’t even consider buying it. I figured that this is the only way I can still buy a few nice or trendy items without ruining my budget.

But then I watched a movie that completely changed my mind. It sounds a little nuts, but I have literally stopped shopping since watching this documentary (a month ago). I had a whole list of small things – a jumper, a long necklace, a small purse, some flats for work – that I wanted to buy. Instead, I emptied my online cart, closed the website tabs on my computer, and have not looked back since.

The documentary is called The True Cost, and it’s currently streaming on Netflix. It’s a valuable way to spend 90 minutes if you care about one or more of the following: (1) your money, (2) the environment, and/or (3) worker’s rights. The film’s main arguments are as follows:

1. Buying fast fashion is a waste of your money. If, like me, you think it’s a bargain to shop at big chains like Forever 21 because everything is so cheap, think about the last time you went into one of those stores (or their online cousin). Did you just buy one thing, or did you fill your shopping cart enough to get the free shipping? Did they offer you an in-store discount, or was there a well-placed clearance rack that you couldn’t pass up? How much did that trip end up costing you? If it cost you anything, then you spent money you did not need, or even want, to spend.

The problem with $2 tank tops and $20 dresses is that prices are so low that they encourage you to buy more, simply because you can. I know I’ve fallen into this trap. Shopping at stores with these prices makes you feel rich, leading you to squander money on items you do not need and that do not make you any happier. It’s no surprise, then, that the average American household owes $7,400 in credit card debt, mostly due to clothing purchases.

2. The fast fashion industry pollutes the environment. The supply chain that ends with our bargain finds has many parts. But it starts with cotton – you know, the fabric of our lives. Most cotton farming is done in India, where the regular use of pesticides pollutes the air and water supplies. The land slowly erodes, which destroys crop outputs and farmers’ livelihoods. People who work in the fields or with harsh chemical dyes also get sick. And they are often unable, or barely able, to afford medical treatment.

And this is for clothes that most of us end up tossing, or donating to Goodwill. Again, I’m guilty of this. I have often bought something that looked terrible once I tried it on at home, or I wore something once and never again. So I got rid of it. But what happens to this fashion garbage? Some of it ends up on sale in stores, or donated to other countries, where the influx of our garbage ends local clothing industries. Most of it, however, sits in landfills – more than 11 million tons of non-biodegradable textile waste from the U.S. alone. The environmental costs of clothing consumption, from the beginning of the supply chain to the end, are staggering.

3. Fast fashion exploits laborers abroad in order to keep prices artificially low. The film points out that over time, the cost of clothing production has increased, while the end-cost of clothes (for consumers) has decreased. How is that possible? Through the exploitation of laborers. 40 million people work in garment manufacturing worldwide and more than 85 percent are female, according to the film. These workers earn $2 or $3 per day. They work for employers dependent on contracts with big fast fashion outlets from Europe and the U.S., so dependent that they often skimp on safe working conditions. And workers’ efforts to unionize for basic rights – like fair pay and safe working conditions – are often met with violence.

This means, at its most basic, that poor, primarily brown, people are being exploited so that I may enjoy a cheap sandal or midi skirt. And most of them are women. My fast fashion habit is quite literally disenfranchising women and people of color. Those $10 flats, when I really think about it, are just not worth it.

Most of the arguments made by the film are not new; I’ve heard them before. There’s already much discourse out there about exploitation and waste and the importance of buying fair trade. But watching it play out on film, seeing and hearing the testimony of people working in the industry – this made it so much clearer. The true cost of my bargain hunting is so much higher than I could have ever imagined. If you are like me, and consider fast fashion a good and reliable friend, then you need to watch this movie.

Daniela is a researcher living in Austin, Texas. She is just starting to understand Twitter.