How One Guy Paid Down His Student Loans, And Found A Good Job With An Arts Degree 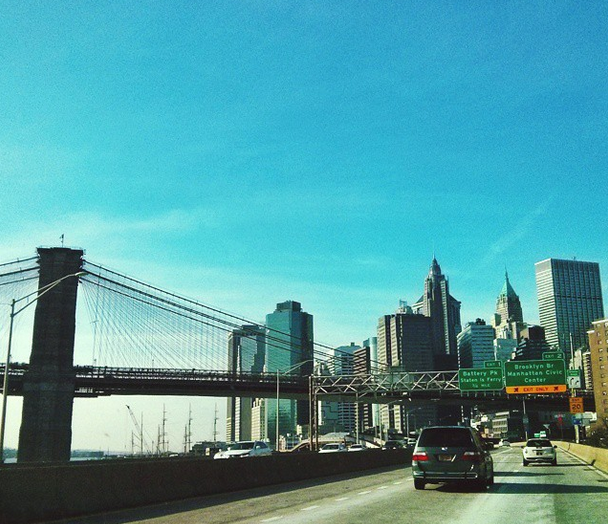 Reddit user elucidateme shared his story of getting rid of a huge portion of his student debt — and being on track to get rid of it entirely — with a degree in the arts. Yes, it’s hard, but it’s not impossible.

Back in 2010, I graduated with a Masters in Architecture, private school, and with $126k of loans. The economy tanked at the time and the building industry was in bad shape due to it. I worked contract jobs (permanent jobs were hard to come by then), back-to-back, based off connections I had while paying the monthly minimum, and eventually in 2011 I ran out of a job to piggy-back off of. I wasn’t living at home, nor did I want to be a boomerang kid, so I applied for a loan deferment. It was then where I literally felt the weight of these loans crushing me, and I knew I had to do something about it.

I was looking for jobs and eventually landed one outside of my profession. I’m going to keep it general and say it was for a Fortune 500 company in consumer products. Using my creative background and skillsets in Architecture, I leveraged my abilities and landed the job. It was a contract position that involved both creativity and education, and paid more than Architecture. I thought it was temporary and I’d wind back in Architecture but I ended up sticking to it from then until now. I didn’t study something creative for nothing, right?

For about the next half-year, I did the math and saved enough money to live off of for half a year if shit hit the fan, which was my priority and should be for anyone, for me that was roughly $5k. I ended up amassing $7k just to be safe. During that half year I also removed my deferment and started paying back my loans at the monthly minimum. Once I amassed $7k, I immediately moved out of my apartment in the heart of Downtown, Los Angeles, that I shared with a roommate to live with my girlfriend, now wife(!), in a neighboring city, saving me $350 dollars a month that could easily go into my loans. I realized living the high life of hustle and bustle is much less important than living a wise one. This new neighborhood was also much less glamorous with low-income families, gangs, and rehab facilities. I figured since I just worked and stayed away from all that trouble it was worth it financially. All this happened in 2010-2012. I really call these first two years as getting the building blocks together to set the foundation from then until now.

2012-2015 is actually dry and boring despite the wedding. The only exciting part was watching my loans drop. I was addicted to logging in and checking my balance. Something about the number down made me happy. I did a lot of math in the beginning of 2012 in trying out different payment options for paying off my loans by number of years. 3 years was obviously not realistic with my salary of $64k so I settled between a 5-6 year plan. A couple of things I adopted:

The wedding in 2014 was a headache, because I knew it would be a financial setback if planned improperly. I fought with my family, argued for something simple. Swear words and abandonment was tossed in. My parents are very traditional and culturally, I’m Chinese-American, the relevance of a wedding party was important to them. Yes, I had a Chinese wedding despite the fact that my wife is White. The good thing about Chinese culture is that weddings pay for themselves since guests bring red envelopes. The caveat was simple: The more you spend on the wedding, the odds of your return would be harder to gain back. With this in mind, I cut as many corners planning this wedding to save money. I don’t want to go into the details since this is more about finance but in the end we planned roughly a $12k wedding for 200+ people and walked away with a $3k profit in our pockets after paying back what we fronted.

Today, I’m making $76k at the same company and as of the 2015 have been putting 62% of my monthly income into student loans. My loans are totaling right now at $75K and I am confident and comfortable with the way I currently live to pay them off in 3 more years. After these next 3 years, I plan to start investing and becoming financially independent while living modestly. I may ask for advice back in this thread then.

I guess my last pro-tip is to find a significant other that is aligned with your financial goals. It will make both your lives much happier. Thankfully, my wife is very supportive of my financial endeavors.

I look back at it all and many will criticize and say: Well, why did you go to school for Architecture if you didn’t end up using it? Well, it’s because I genuinely enjoyed design, and that architectural design is really about finding creative ways to solve problems, building relationships with clients, and presenting your ideas effectively, which I do today, despite being in a totally different profession. Quite frankly, I don’t think I would be in my position today without my creative background. I do miss designing buildings, maybe my own home in the future.

TL;DR I started 2010 with $126k of graduate student loan debt. After getting my priorities straight within 2 years I started to pay off my loans more aggressively and last year got married and pulled off a wedding party of 200+ people on a modest budget. Talk about changes. Today I’m at $75K and on track to be free of this debt in 3 years.

Get a copy of Some Things I Did For Money, by Stephanie Georgopulos, here.