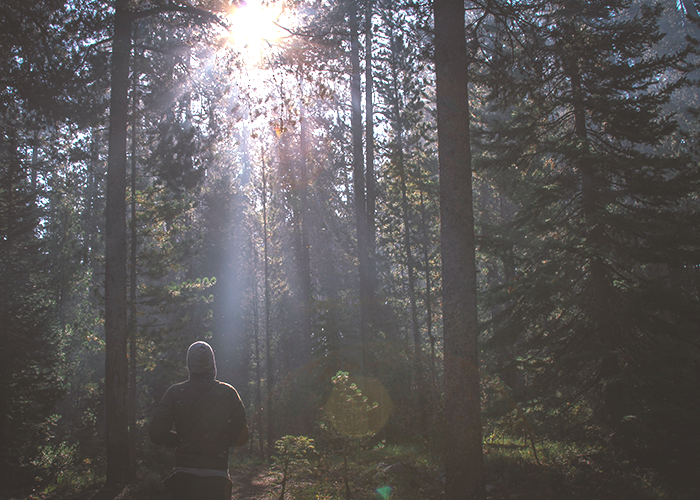 Until someone recently sent me this profile in The New Yorker, I’d only seen the name Mr. Money Mustache referenced on the occasional finance-related Reddit thread. But The New Yorker recently spent 5,600 words dissecting his life, and it is pretty damn illuminating. Mr. Money Mustache, whose real name is Peter Adeney, has achieved what is often referred to as “financial independence,” which means that he has achieved a sufficient amount of wealth to not actively have to work to support himself. As I understand it, Mr. Money Mustache is retired, but not in the sense that he travels three times a year, and is teaching his grandchildren to play tennis. He retired from working as a software engineer at age 30, and is now living off his robust savings and investments.

The New Yorker gives you the numbers:

“He retired in late 2005, with six hundred thousand dollars in investments, and a paid-off house worth two hundred thousand. He figured he could rely, conservatively, on a return of four per cent per year. He had determined that the family could live on twenty-four thousand a year in expenses. So he needed twenty-five times that amount.”

As you can surmise by this quote, Peter isn’t a bachelor, he has a wife (Mrs. Money Mustache, who also used to work as a software engineer, and is now retired), and a 10-year-old son. And they’re all currently living in a paid-off house in Colorado. Mrs. Money Mustache still makes extra money on the side as an occasional real-estate broker and jeweler.

The more I read about Mr. Money Mustache, the more I think that one of his biggest principles for living a frugal lifestyle is that every purchase is a mindful one. He has eliminated so many of the unnecessary expenses that we hardly even think about putting on our credit card: the bottle of seltzer at the gas station, the extra package of kale we know we won’t eat but feel compelled to get standing shoulder-to-shoulder with the other Trader Joe’s patrons, and even the plane ticket we’re buying out of Peer Travel pressure. Even looking over the examples The New Yorker pulls right from Mr. Money Mustache’s life proves that he has taken such care about making purposeful purchases, and it’s led him and his family to lead a much more clutter-free life than the one most of us are used to. With retiring early comes premeditated, minimalist choices, apparently. He thinks a mop would be a waste of space. He is also not convinced it’s acceptable to buy his son a few booster packs of Magic cards. He comes off sounding more enthusiastic about DIY than even the most Pinterest-savvy teen by constantly making better use of the things around him — both as a means of decluttering, and a way to save money. (His wife says he uses a drill to stir peanut butter, and if that isn’t the Original DIY move, I don’t know what is.)

The New Yorker also outlines how he got his savings start:

“He got a computer-engineering degree in 1997, and skipped the graduation ceremony to begin working at a company near Ottawa called Newbridge Networks. This was the early upslope of the dot-com boom. He started at forty-one thousand dollars a year, with no savings or possessions except “a bike, a backpack, and a diploma.” He made the rookie mistake (‘what a clueless young man!!!’) of buying a sports car with a loan from his sister. He got his first raise soon afterward, to fifty-seven thousand and six hundred dollars. By the end of year one, he’d saved five thousand dollars. A year later, he had twenty-three thousand. By year five, a quarter of a million.”

From this, we start to see his aggressive savings strategy unfold, and how it took shape from the beginning of his career until 2005, when he retired. He has outlined his finances publicly (which he refers to in The New Yorker piece as a “walk around in your monetary underwear in front of thousands of people”) on his blog. Peter told The New Yorker he makes about $400,000/year from his blog; according to the piece, “He makes money from the products and services he recommends—Betterment, Lending Club, Geico, and numerous others. They pay him for every customer who comes to them via his site.” His blog encourages smart consumption and living happily below your means, which he defines on his blog as a “frugal yet Badass life of leisure.” Obviously, because of this regular income, he and his family could live on much more than $24K/year, but Peter still keeps their consumption very low.

There are definitely times when I diverge from Mr. Money Mustache’s way of thinking. He “disdains the idea of spending another minute of his life in a cubicle, in order to afford a dryer, or a Tesla,” and while I appreciate this sentiment, it just isn’t the way I think about the working world. I want to work in a job I care a lot about (which, fortunately, is my current situation), and while I need my work to fund my life, I think of work as so much more than a means to buying a dryer. But I think the reason this story resonates with me is not necessarily because I am chasing an early retirement, but rather because seeing that two grown human beings and one child can support themselves comfortably on $24K/year is a wake-up call. I do not spend $24K/year, but I spend $9K/year on rent alone, and that is considered “very good” in my city. Mr. Money Mustache’s lifestyle shouldn’t be an opportunity to berate ourselves for the way we live, it should be a subtle reminder to be more mindful every time we use our hard-earned money to buy something. It should reiterate the importance of saving for retirement, and inspire us to learn more about how to make our money work for us.