How To Be Spontaneous Without Wrecking Your Budget 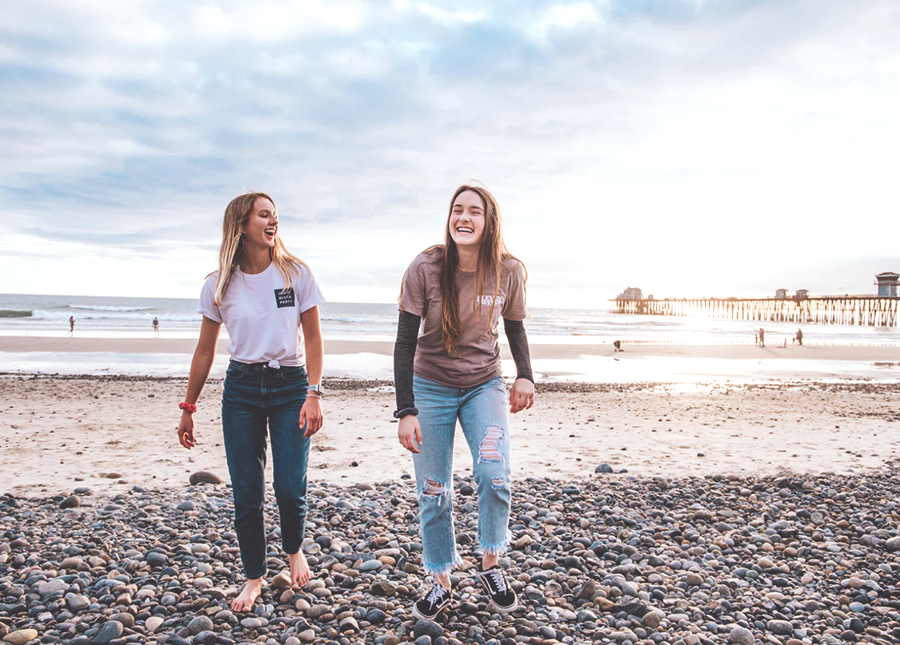 I recently realized that I don’t like to tell people no. Wear navy blue and black together? YES. Eat mochi before dinner? YES. Go out on New Year’s Eve, even though I’m already in my sweatpants? YES. I even have a soft spot in my heart for that cheesy Jim Carrey movie Yes Man.

So it’s no surprise how I reacted when I got a reader email with a curious subject line:

“Go home or go party for my 22nd bday in Europe”

With a subject line like that, I insta-clicked on it. The reader wrote that she was in Europe studying abroad, and was debating between two choices to celebrate her birthday:

She wanted to know, what would I do? Would I spend the money and go to Madrid?

My first thought was, ABSOLUTELY. I was in Europe at that exact age, and just then all the memories came flooding back: when my friend and I woke up in a Florence hostel itchy all over, and we weren’t sure if we’d been bitten by mosquitoes or bed bugs, but we didn’t care. How happy I felt folding my clothes at a laundromat in France, because I hadn’t heard American music in over a month, and one of my favorite bands just came on the radio. And yes, when I was at a club in Madrid, singing along too loudly to a song that I knew every word to, but no one else did.

A life without mistakes or happenstance or fun is not a life I ever wanted to live. I will almost always encourage people to do the fun, interesting thing. Even while trying to save money.

Now, what’s fun and interesting is different for everyone. But sometimes half the thrill of fun is plain spontaneity. Like:

When you and your friend show up to yoga class, but it’s full. What’s the next best thing? Drive 2 hours away to play Big Buck Hunter and shoot hoops in a bar still dressed in your yoga outfits. (Can you tell I’ve done this?) This happened over seven years ago, and my friend and I are STILL laughing about it.

I would be a sad puppy if you had to say no to every single thing you wanted to do. I’m not telling you to be reckless, but to make space for spontaneity.

The Guilt for Spending Money

But some experiences cost money. $150 is a lot for a 22-year-old, especially since people that age most likely aren’t earning much. You might look at your entertainment budget and see you have $50, not $150. You could charge your random, fun thing to your credit card, but I wouldn’t recommend it if you can’t pay the bill in full when it comes. And then sometimes there’s the guilt factor for spending money at all. Throughout the email, I noticed the reader sprinkled in phrases like this “if it’s worth my money.”

Whether or not something is worth it is a personal choice, so I can’t answer that for anyone. But what I did sense from the reader was anxiety. Spending money on ourselves can be a struggle. How many of us were taught that spending money is “bad,” or grew up with so little, it now feels safer to hoard as much money as possible? Or maybe we don’t think spending money is bad per se, but spending makes us feel so unsure of ourselves — we don’t know how much money we actually have, or whether we’re making wise decisions.

But does it have to be that way?

Like I said, I don’t like to tell people they can’t do things. Instead, I’d rather show people how to find the money for unexpected fun. And spend that money guilt-free.

How to Spend Money Spontaneously and Still Be Responsible

I bet “spend my birthday in Madrid” isn’t a line item in anyone’s budget already. So how can you plan for stuff you don’t know is going to happen? It starts with a proactive approach — revisiting a budget.

Wait — how is a budget supposed to help me spend money? I thought it was to tell me how much I CAN’T spend?

For me, a budget isn’t about telling myself no; it actually helps me plan my spending so it’s aligned with my priorities. For example, I don’t care about taking cabs, so I allocate a tiny bit of money there. But on the other hand, I love travel, so I’ll gladly carve out hundreds of dollars per month in that category.

But first, a few truths about budgets:

1. You can’t predict every aspect of your life

Trust me, I’ve tried. It doesn’t work. It doesn’t matter how meticulous your budget is. There will always be something that comes up that you didn’t expect. Life is funny like that. So, planning for it by having cash reserves is smart.

2. The budgets that work best are rooted in reality

Your budget also has to be realistic. I’ve watched a couple of people make budgets, and here’s what I’ve noticed: they usually list out four or five spending categories, and forget about the rest. Like food. Or gifts for family and friends, even though they buy them every year. If you’re working with a budget that’s already unrealistic, it’s easy to fail and become discouraged. That’s why it’s important to track your spending and use those numbers to ground your budget. So, for example, if you’ve spent an average of $1,000 on food the past few months, don’t allocate $200 in your budget. Try $900 instead. I know this sounds obvious, but you’d be surprised how often it happens!

All you’ve got to do is add another line item to your budget. I call it a “slush fund,” which is what many call a Fun Budget. How it works:

Say you allocate $50 per month in this account. After six months of not using it, you’d have $300 to spend for a last-minute ticket across the country, if you needed it. And you get to spend it guilt free because you planned for it. Basically, you’re setting aside money now so you can spend it later.

Having this extra money made me feel soooo much better when I spent all my travel money in Southeast Asia. With fresh bánh mì sandwiches everywhere, you’d do the same, right? Of course, as I was waiting at the airport to fly home, I happened to make a friend. I had to 15 minutes to decide: should I sit there and wait eight hours for my flight, or go out with my new friend? Fifteen minutes later, I had changed out of my sweatpants and into a mini skirt. That night I spent money like it was going out of style. No regrets.

If you want to try making your own, you can make a copy of the Google doc. Yours doesn’t have to be as detailed as mine (I split “food” into several categories), but I’m super granular 🙂

Use Money to Have a Rich Life (Now AND Later)

So anyway, this reader said she did have the $150 to go to Madrid, but she also wrote: “I think I am starting to be obsessive with money and reaching FIRE.” (In case you’re not familiar with FIRE (financial independence, retire early), it’s when people save up boatloads of money so they can retire decades earlier than usual.)

FIRE is a huge accomplishment, and I respect anyone who achieves it. But I don’t believe in those extreme cases where you put your life on hold for 10+ years to make it happen. So work to find that balance. Save some money for Future You.

But don’t forget to live.

How do you budget for fun things that come out of nowhere? Do you roll with the punches, or just say no? Would you have chosen to go to Madrid, or stayed home? What’s the last spontaneous thing you’ve done?