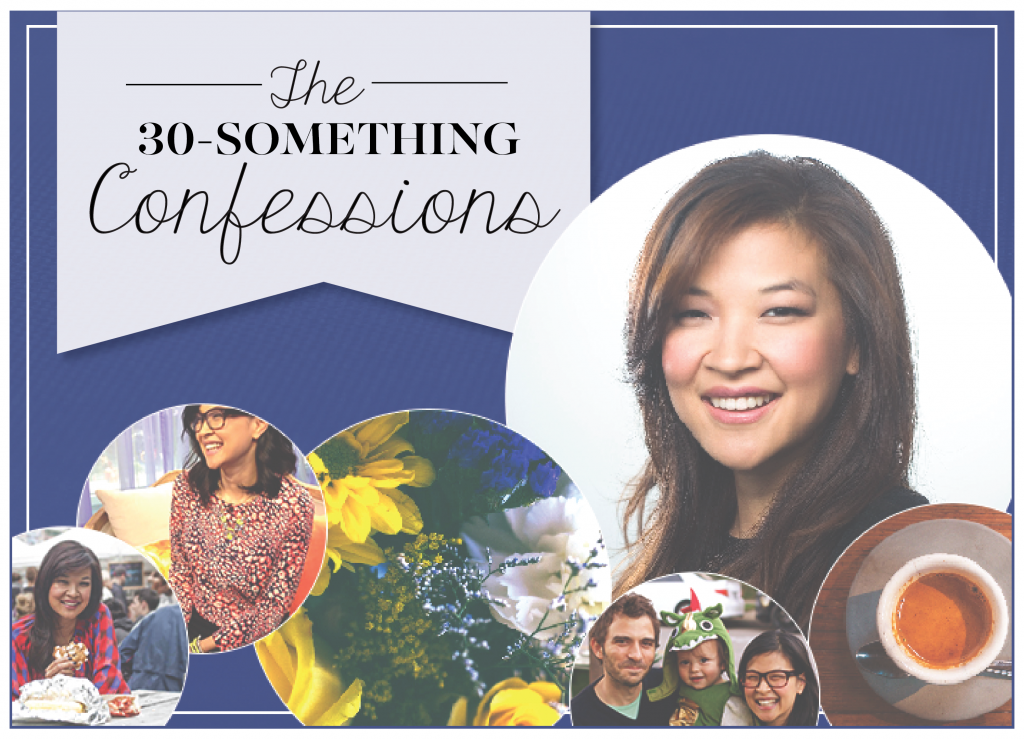 Like many 20-somethings, I basically grew up watching SuChin Pak on MTV, and coming home to the sound of her explaining a troubled teen’s life or interviewing a singer about their latest album meant that the school day was over, and I could start relaxing on the couch (and avoiding my homework at all costs).

She was one of those ubiquitous pop culture presences who just seemed everywhere at once, and was as familiar a voice in my teenage house as my own parents’. But how much did I really know about her? The truth is, hardly anything, even though her own story is just as fascinating as any of her many interview subjects’.

Luckily for us, we’ve joined forces with Umpqua Bank and so has she, for their money podcast Open Account. This means that we get to hear her talking about money with her guests in a way we’re taught we’re never supposed to: warmly, frankly, and with total honesty. And from her difficult childhood as an immigrant to her rise as one of the most recognizable faces of 2000s TV, SuChin has learned a ton about what to do (and not to do) when it comes to living well and following your dreams. (And that even a fancy TV salary won’t get you an apartment if you have bad credit.)

I talked to SuChin this week about what she’s learned, and what she’d do differently if she had the chance.

What made you decide to partner with Umpqua Bank for a money podcast?

Professionally and personally, getting to the heart of people’s stories is what excites me and there’s nothing more personal, more vulnerable and revealing than our relationship to money. Whether it’s money, media or technology, we are living in a culture where information is just an app away — which changes how we interact with money and each other. When Umpqua Bank approached me about the podcast, I knew it would be a perfect partnership. They proposed an open-ended concept and asked me to help fill in some of the answers about how we make, live with, and relate to money. I don’t know a lot of people who would have turned it down! Open Account is about money, class, and identity. And, most importantly, it’s rooted in vulnerability, honesty, discomfort, humor, redemption and imperfect human stories.

What is your first memory of money?

Money is tied to my first memories of life. I moved to the U.S. from Korea when I was 5 years old. Immediately, the basic survival instincts of putting food on the table, keeping a roof over our heads and making money in a foreign country was intertwined with my childhood. But my first real memory of money was probably when I was about 7 when I lost my first $20 dollar bill. I got money for my birthday and lost it somewhere between the park and home. It was the most money I had ever had, and it was a lot of money for my parents who insisted that they would hold the cash before I went out to play. But I wanted to hold on to it, to feel it in my pocket, to hold the excitement of a $20 dollar bill. So, you can imagine my devastation when at some point, I reached into my pocket and realized the money was gone.

Was there a point at which you felt like you’d “made it,” professionally?

It wasn’t until I left MTV full- time after more than ten years, that I felt like I “made it.” I never felt safe or secure in my profession until I took a break from it to have kids.  I understood then that the hamster wheel can pause for a moment and you’ll be ok. Taking a break to live your life can breathe new inspiration into what you want to do next. I think the first time I felt like I had financially “made it” was the first real TV contract I ever had for $70k. I thought I would never make more money than that.  I got my own one-bedroom apartment in San Francisco with a walk-in closet and bought a real couch. I was swimming in money and feeling pretty great…until I lost the job a few months later.  But that’s another story.

If so, did that confidence translate to your financial life?

The lack of confidence and uncertainty in my business has a huge impact on my financial life. I’m a really good saver. I like to live way beneath my means at all times. I spend only what I have. But on the other hand, I worry, stress and always feel tight when it comes to money. It’s a pretty small way to live your life. Balance is nice. I used to literally track every single dollar I spent during the week and keep a week-to-week budget… it drove me crazy and I always failed just a little bit. So now, I have a general number I keep in savings and spend whatever I have in my checking pretty freely and when that’s out, the spending stops.

Were you always good with money, or did you take more of an interest in it as your career took off?

The only money lesson I learned from my parents was to stress about it, always be on guard and to be on the lookout for the thing that would ruin you.  I’ve had to unlearn this bit by bit with training wheels. I never had a problem with saving, but I have a huge problem with feeling secure about what I have, about spending without guilt and self-hate. Our relationship with money reflects our relationship to almost everything.  How do you live a life balanced by security with enough flexibility to allow for generous moments, for spontaneous joy and lightheartedness?  That’s my daily work.

Obviously you’re very successful in what you do, so I imagine you’re surrounded by other high-achieving women. Do you talk about money amongst each other?

I’ve found that, even among the women who are extremely passionate about their careers, money is something that’s rarely discussed. We talk about money in the general sense, but who speaks about it intimately with other people? I can say, “Wow, I feel stretched lately,” or, “that’s a bit out of my budget,” but I don’t ever reveal where my money specifically goes, how much I make, how my husband and I handle our joint finances… there’s definitely not a lot of sharing. But it’s not an absolute statement. I have two very close friends I feel comfortable sharing with. Ironically, they have a lot more money than I do, so maybe I feel safe to express my fears?

Your interview with SNL writer Paula Pell was so inspiring. What do you think we can take away from her story?

I found Paula’s story really inspiring. One of the things I learned from her is that you can set your “rate,” stick to it, and people will still give you work. She’s an amazing example of a woman who wasn’t willing to compromise her worth, which is everything the Made to Grow campaign is about. It has clearly paid off! Feel confident in what you have to offer and others will feed off of it. I encourage everyone to listen to her episode!

What advice would you give 20-something women who want to build financial stability?

Use your credit card like a debit card, meaning only charge what you actually have in your account.  At the end of the month, know that you can fully, comfortably cover your credit card bill and please, please take care of your credit score.  It took me a full 15 years to be able to rent an apartment on my own without a guarantor because of my crappy credit even though I was making good money. Oh, and yes, save. Save just a little, save a lot, save. Have six months of cushion in your savings account at a minimum. Lastly, find someone that you can open up to about your finances, your struggles and financial dreams. Finding someone to talk to helps.

What advice would you give those same women who want to work in a career that feels out of reach for them?

Don’t think about the end goal today, you’ll never get started. Do one thing today that gets you closer to the outcome. It can be a brainstorm document; it can be nurturing an important professional relationship, but surround yourself with the possibility of opportunity and inspiration. Bit by bit, in the process of doing, you’re actually getting to where you want to be. This process is its own reward (but you may not see that for a while, so trust it). Whatever your dream job is, it may come and it will surely go. The next adventure awaits. Don’t get so attached to some fantasized image that you lose sight of opportunities right in front of you. For example, I started this outdoor market, Hester Street Fair, with some friends a few years back because I thought it would be fun. There was no big goal attached to it. Now, it has grown and I’ve gotten a lot of TV work from this project. When you’re just ‘doing’ instead of worrying about the outcome, doors will open. You can’t plan for it, because you don’t know where it’s all going.

To keep the conversation going, check out madetogrow.com, and check out the Open Account podcast. Let’s talk about the things that stress us out, and realize that they’re probably not as scary as we think – and that the first step to getting better is probably right in front of us.