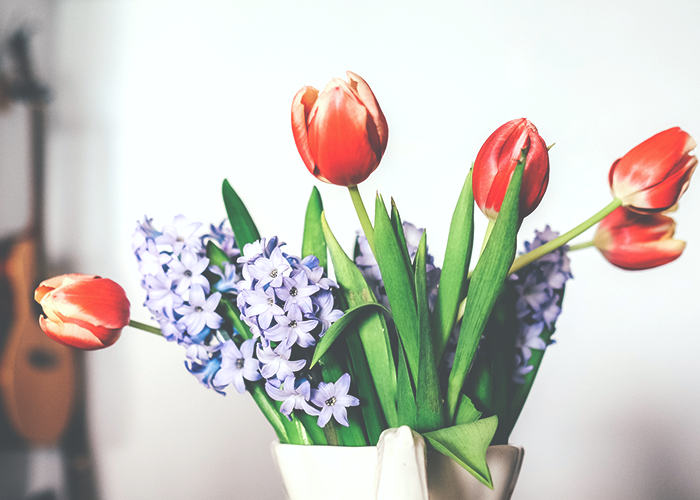 More than once, I’ve helped a friend do the hard-but-necessary work of purging her social media life of an ex-boyfriend. I’ve sat there and watched, holding them accountable, as they hovered the mouse over the “delete” button and held their breath. I’ve verified that they’ve taken away their easiest paths to masochistic stalking, that they’ve blocked people if necessary, and that they most definitely haven’t bookmarked the pages of the new girlfriends.

And I’ve done this for them because they’ve done it for me, several times throughout my young adult life. I’ve been lucky in that, since opening accounts in places like Instagram and Twitter, I’ve been with the same person — my breakups happened in an era where I was largely limited to Facebook, email, and frantic Googling. Now, breakups happen in a time where someone you once loved infects and occupies every aspect of your digital life, and the process of removing them is one that takes time, and repeated ripping of the band-aid. You don’t just have to close your eyes and click that button once, you have to do it five times (if not more).

But at least, when you’re breaking up with a romantic partner, you know that it’s work that needs to be done (at least temporarily). You have a noble purpose in hitting delete, and are justified in asking trusted friends to help you with the task. It’s clear that something that once was is no more, and that a healthy, natural part of the healing process is to make sure you can’t re-open the wound by keeping track of them. You need to move on, and so do they. If you delete your old profile pictures featuring the two of you, that makes sense, because the next person you’ll love wouldn’t want to see them. When you cut off contact, it’s not cruel, it’s merciful. And in that way, social media provides a clear timeline to things: when you’ve unfriended, it’s really over.

What do you do, then, when it’s a friend you’re breaking up with? How does one go about that in a time when the entire history of our friendship is documented on our profiles and shared photo albums and group chats? Friend-breakups are a much muddier thing, and the necessary cauterizing that happens during a regular breakup on social media suddenly seems malicious and unwarranted when it’s a friend you’re cutting ties with. No matter how much a friend fades or wanes from your life, to actually hit that “unfriend” button is to put a period at the end of that sentence so severe, it punches through the paper. No matter the circumstances of the friend-breakup, the person who calls it quits on social media is the bad guy.

And this seems unfair. It seems unfair because having a friend and losing them — whether through the passage of time and geography, or through an explosive set of disagreements — is a painful thing, even though it was never romantic. The melancholy of losing someone you used to be close with can be just as acute in a friendship, and having to see them continue down their road while not being a part of it can be just as painful. If I used to be incredibly close to someone, have watched that friendship fade over years of distance and “never having the time” on both sides, and can no longer really call them a friend: I don’t want to watch their life anymore. I don’t want to sit on the sidelines with a limp pom pom, feigning excitement for the milestones of this person I don’t know anymore. And it’s not because I hate them or anything remotely like that — it’s because we barely have time and room to follow the people we actively are close to on social media, and clogging up the feed with former friends only makes the exercise harder.

There is a notion, again anchored by the false sense of closeness that seeing someone on your screen provides, that if you were ever once close to a person, you should somehow remain tethered to them indefinitely. You should shower them with “likes” and “congratulations” on everything from their engagement ring photos to their birthday (for which a reminder is conveniently sent to you every year). There is a feeling that, if we suddenly stop this exercise, we are denying or even erasing what we once had, and making a mockery of those smiley photos of the two of us from five, seven, even ten years ago. We fear that saying “I don’t want or need to be kept abreast of this person’s every activity” anymore is cruel, or that it means we never loved them in the first place. But this simply isn’t true.

I have found, in the past two years especially, that it is crucial to my mental health, clarity, and balance to frequently cull my social groups — on and offline. This means that, if there is someone I no longer share a closeness with, I will have a frank (but compassionate) conversation with them explaining that, if I’m not reaching out, it’s not because I’m angry, it’s simply because the relationship has faded. I’ve told people when I felt like they were no longer making effort in the friendship, and I’ve deleted people with whom I haven’t shared a meaningful conversation in years (and never really did). I do this because the small handfuls of people I actually want to work on being close with take up effort, as any meaningful friendships do, and making my on- and offline lives a more clear reflection of my relationships makes that easier.

I want to see more of the people I love and care about, and less of the people I don’t. And I don’t want to spam the people who aren’t close to me with the minutia of my life that social media provides. If I am not close enough to someone to call them and wish them a happy birthday, or a congratulations on some good news, why am I seeing it? If I don’t care about a person enough to tell them individually about something amazing, why should they know? These aren’t deeply existential questions, either, they are simply the way friendships used to go before we were tied to each other in a digital and indefinite way.

I have taken to deleting people much more liberally, and that has meant occasionally following up with a note if they’ve asked about why I did it. But more than that, I’ve taken to speaking actively and openly about the state of my friendships the way I would a romantic relationship. If I feel that a friendship is fading or is no longer meaningful, and at the cusp of no longer existing, I reach out. Sometimes this has ended in an awesome and active renewal of our friendship — both parties making an effort and creating new memories — but other times it hasn’t. Other times it has meant simply accepting our relationship is over, the way you would with a romantic partner. And both have felt satisfying and calming in their way.

Mostly, at least speaking personally, I know that having old friends linger in my digital life can be painful the way an ex could. I know that it feels misleading to have so many “friends” clouding my feed who turn out to not be “friends” at all when it would really count. It feels wrong to be seeing a play-by-play of someone’s wedding when I’m not close enough with them to share that experience in any way. It only sets us up for disappointment when we are made to feel that everyone we once loved is still a big part of our lives, when they are really not a part of it at all.

Breaking up with a platonic love

can be just as crucial for our mental health as a “regular” breakup. And if we need to enlist the help of a friend to make sure we hit delete, or send that goodbye note, we should. And we shouldn’t feel embarrassed, or that we’re being unreasonably severe for no reason. Taking care of ourselves means being honest with ourselves about who is actually in our lives today, and doing the best we can to prioritize and make room for them. It means accepting that the person we were a decade ago shouldn’t be dictating the social circles we have today, especially not through some sense of obligation. And most importantly, it means that quantity is not a replacement for quality, and the former can often leave us feeling emptier, because the numbers and faces we see on our screens have nothing to do with the life we’re actually living offline.

Seeking balance means cleaning house on our feeds, just as we would in our actual homes

. And picking up the broom doesn’t make you a bad person.