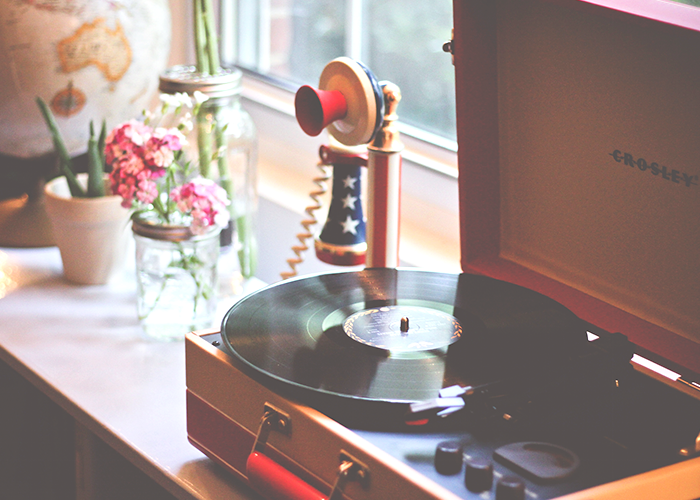 The process of budgeting is an unnatural act for nearly all of us. Who doesn’t fear the idea of finding out that they don’t have enough money to make it to their next paycheck? Or make their kids’ tuition? Or pay their medical bills? The heartache. The attention to detail, the teeth-gnashing quantity of numbers on the page. Numbers speak a truth we’re not quite ready to face. So, instead we think:

Budgeting is for people who don’t make enough money.

Budgeting is for people who have more time.

Budgeting is for people who are good with numbers.

Budgeting is something I don’t need.

And we slowly (or quickly) go broke.

Many of us live our financial lives like we’re one big, walking, talking philanthropy project; a lifelong non-profit organization of one. Everything that comes in goes out. We make money and we leave none behind. We spend it all no matter how much we make, and save nothing.

Others adopt the opposite approach when it comes to personal finances, and become the Dyson of money, sucking it out of the rest of the universe, never to be experienced again by anyone other than us.

Then there’s the 1% of us. Don’t confuse this group with the soulless rich 1%. These are the awesome, amazing, balanced 1% who plan, spend, and invest within an overarching financial strategy that makes sense for their wellness beyond today. They become wealthier over the years, but slowly, intentionally, and with grace and love for others.

I help people get real about their money. So if you don’t fall into that last category, let’s talk about what’s causing you to fail.

You struggle because you begin your money conversations with a defective framework. Don’t beat yourself up. This framework was passed on to you from previous generations. You subconsciously abide by it, and now it’s time to bid it farewell.

Why? Let’s tackle the hurdle of saving.

Well, for one thing, saving for saving’s sake works for almost no one. (Mainly because deprivation blows.)

However, trading off something you want now for something bigger and more meaningful to you later is more interesting. If you think you’re going to receive something that’s higher in value than what you’re giving up, you’re making an exchange, or a trade with yourself. In order to do this, you need to do the first thing on the new list: articulate what you love.

You may not receive the object of your greater desire at the same time as when you’re giving up the smaller goal, e.g. ending your contract with the cable company because it enables you to save an additional $200 a month for a life-changing trip to the Himalayas.

But, time gap withstanding, you’re choosing one desire (an unforgettable travel experience) over a lesser desire (cable contract instead of an alternative like Netflix). This is simply an example — for you, the desire to keep 500 channels of cable may be higher than the Himalayas, but you get the drift. You’re making a trade-off decision.

Your most irritating challenge will be that time gap between the giving up and the getting. Isn’t it always? Let yourself have a good scream right now. Your biggest obstacle is yourself — what you want long term vs. what you want short term. You have to remember what you love.

Beware of this specific tendency to fuck up

Priya Raghubir and Joydeep Srivastava did a series of experiments in the U.S. and China that showed people were much more willing to spend the same sum of money if they had smaller denominations instead of one large bill. They called this the Denomination Effect.

Raghubir would stand outside a gas station in Omaha and have people fill out a survey about gas usage, and then thank them with either a five-dollar bill, five one-dollar bills, or five one-dollar coins. People went into the gas station shop, and when they came out, Raghubir asked them for their receipts. The ones with coins spent the most. People with dollar bills spent a little less. But people with one $5 bill kept it in their pockets. (source: Chana Joffe-Walt, NPR)

In other words, you tend to spend more cumulatively if you think each purchase is small, and therefore harmless. Would you break a $50 bill for a bag of chips? Probably not. But when you spend all of your money on small stuff, you’re breaking your bigger dreams for…chips.

One remedy for this is to give yourself an extra second to think before swiping that card. Breathe, think, then ask yourself, “What huge dream am I swiping away for one-dollar prizes?”

If you can read between the lines, you’ll see that nearly all of our financial mistakes are unintentional. They’re a string of consistent oopsies. Let’s break that chain by bringing intention into our financial picture. Every morning, do this.

1. Wake up 10 minutes earlier than you’re used to. Walk around the room a few times to get the blood flowing.

2. Sit down. Open up a journal

, or if you don’t have one, grab a sheet of paper. At the top, write down your most personally meaningful life goal.

3. Write down all of the things you need to spend money on today to get you closer to your big goal and meet your basic needs, including meals. Put an approximate price tag on each expense.

4. Carry that piece of paper with you throughout the day, and jot down everything you buy and how much they cost.

5. Right before bed, take a look at how you did vs. your intended expenses for the day. Assess how you did out loud.

6. Repeat the exercise every day until your intended expenses of the day match what you actually spend. Be sure to forgive yourself if it’s a disaster on some days. We all screw up. The point is to do better tomorrow.

Note that we’re making a big assumption that you’ve addressed living within your means and made thoughtful decisions regarding the bigger, recurring living expenses in your life, like rent, and car payments that are (hopefully) affordable. This exercise is meant to help people who have a hard time spending within their means on a regular basis with the smaller things.

No one is saying that you shouldn’t indulge in life’s little pleasures every once in a while. These pleasures are what keep us human. But these little pleasures shouldn’t add up to costing you your big prizes. Prioritize what’s really important and avoid being smacked by common cognitive biases when it comes to money.

Keep articulating what you love, and you’ll save money to make room for it.

You’re earning. You’re learning. And goddamn it, you will succeed in reaching your greatness.

Jane Hwangbo is a former investment analyst and portfolio manager who founded Money School with Jane, a personal coaching program designed to change the way individuals see and interact with money. Visit her website or find her on Twitter.