How To Create A Healthy, Rejuvenating Routine You Can Actually Stick To 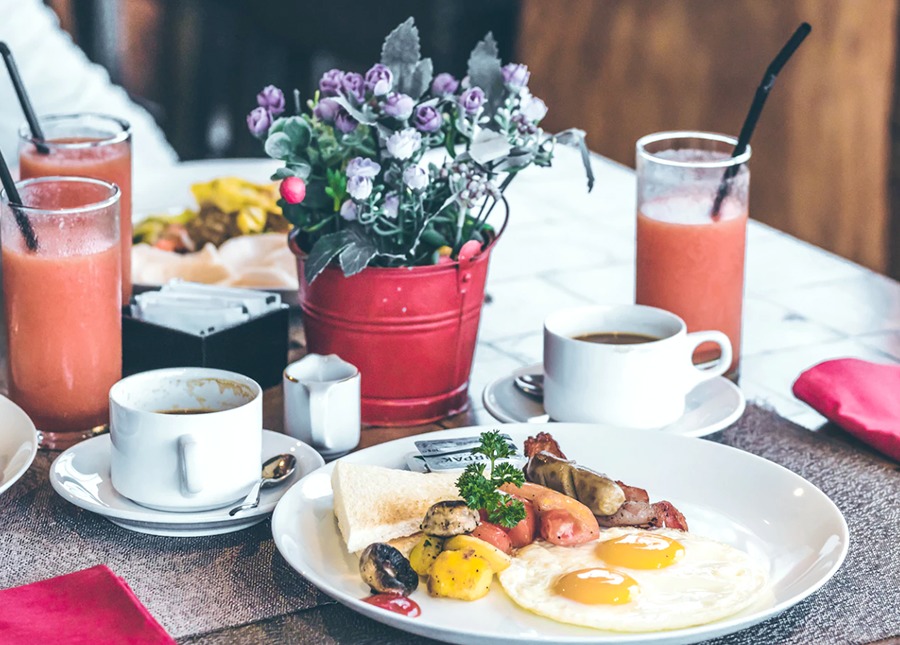 In order to successfully start accomplishing a goal, you need to get as specific as possible. Your goal can’t just be to start running more, it should be “I want to run X miles.” After you’ve identified a solid, specific goal, try and reflect on why previous attempts or similar goals weren’t as successful. Maybe you’ve already tried to get more into running but found that you lacked the motivation to stick with it consistently. We’ll get into how you’ll develop an action plan over on my blog, but understanding these first two components are crucial. If you want more help on identifying a specific goal and aren’t sure how to figure out what went wrong, I have a handy worksheet available here in my new resource library.

Where Do I Start?

One of the things I always hear from friends is that they want to do something new but have no idea where to start. It can quickly become a cycle of frustration. Let’s say you decide you want to go to bed by 11 every weekday. For the first few nights, or even a week or two, you’re doing great. Light’s out before midnight? Easy peasy. Then a friend invites you out to a late happy hour, and you find yourself drunkenly scrolling through Instagram and watching random YouTube videos until way after midnight. Pretty soon you’re back to staying up late and waking up incredibly tired the next morning. What do you do? In this case, the problem isn’t the goal. Instead of saying you’re going to bed early (one person’s idea of early is another person’s bedtime) deciding to go to bed by eleven is a great, time-specific habit. Hopefully, after you’ve done some reflection exercises, you can start to see some clear patterns, which is why that step is so important!

When you start to think about why going to sleep early failed, it’s easy to say that the friend inviting you out was the catalyst, but I encourage you to look a bit deeper. Going out occasionally and having a few slip-ups now and then is completely normal and isn’t a sign of failure. The problem was that you didn’t have an anchor for the new behavior you were developing. There wasn’t a defining action or routine that you developed that would help you stick to going to sleep early.

I talked more about the habit cycle a few weeks ago on my blog, but I’ll turn back to it again today here. Larger habits are broken down into a simplified three-step cycle. There’s a cue which signals to your brain it’s time to do the specific action. Then you do the action or routine and a reward quickly follows. More often than not, goals fail because the routine is broken and needs some work, but people tend to always focus on the first part of the habit cycle. However, it’s a lot harder to change a cue or a reward. We can’t stop feeling hungry (cue) and the enjoyment of a nice meal or full stomach (reward), but we can change what we’re eating. Feeling tired isn’t going to change. The general day-to-day functions of your job won’t change (though they may adapt to technology). If you want to actually start doing something and want to stick with it, you need to create a new routine. Once you have a new routine, something like grabbing a quick drink with a friend won’t necessarily matter because you’ll be able to settle into bed early without even thinking about it.

Mapping Out Your Old Routine

If your current actions are the problem, how do create a new routine? This part of the process can trip up a lot of people, especially since it can involve note-taking to really figure out what’s not working. For some broken routines, identifying what went wrong is pretty easy. You don’t want to go over budget but you keep putting yourself in situations where you’re forced (or feel an impulse) to spend. In this case, you would need to figure out what about these situations make you overspend. Let’s say you’re overspending because you’re out with friends and don’t want to appear stingy or ruin the group experience. Instead of getting rid of the cue (spending time with friends) or the reward (social approval and positive emotions), you should instead change the routine. Maybe opt for having a weekly dinner at a friend’s house, where each person is in charge of a different aspect of the night. Check out sites like the Skint in New York City that post free or low-cost events. If the weather is nice, bring some board games outside. The point is, hanging out with friends doesn’t have to fall into the same pattern of going out to eat, spending lots of money at happy hour, and going out to the clubs. Not to say that it can’t. However, if certain activities are in direct conflict of your larger goal, you need to get creative about how you can still do things that are important to you.

But what about something like going to bed early? What’s wrong with that routine? Start by keeping a quick list, either on your phone or in a notebook, of what you’re doing while trying to complete a goal. This is especially helpful if this is a goal you’ve tried to complete before and you’ve already identified some key things that went wrong. The longer you do it (ideally a week or more), the better, but even if it’s just for a night, it will help give you a sense of what’s happening.

I find that keeping a little entry log of what I’m doing before and after something is super important in identifying room for improvement. From this example, you can see that over two hours was spent doing something that probably could have waited until the morning. Recognizing that you spend too much time on social media (or any other bad habit) can help you start to think about what you actually want your routine to look like.

So, how do I create a new routine?

Once you’ve figured out what’s going on in your current routine, you can start to create a new routine and set of habits. Depending on how complex your goals are, the time you spend on this will vary. The quickest, easiest way to do this is by learning from others. While everyone has their own little quirks and differences, chances are you’re not reinventing the wheel with your goal. More than likely, there will be other people who have tried to do what you’re doing. Start by simply searching how to do X, Y or Z. Sticking with the nighttime routine, let’s brainstorm some ways you could find a new way to get to bed early. There are almost a million videos on YouTube only that will show you other people’s nighttime routines. Depending on what you’re trying to accomplish, I’m almost positive someone somewhere has made a tutorial on how they’ve successfully done it.

Another tool is checking in with your favorite bloggers and influencers. If you’re getting into running, meditating, or practically anything else, find an expert and take note of what they’re doing. Do they offer any advice on how long it will take to train for a marathon? How much and how often should you save money to pay off your debt? If there isn’t a well-known or reputable figure doing your goal or habit, consider searching on sites like Reddit, or even creating your own community to share ideas. The goal here isn’t to copy (action by action) what these people are doing, but to learn some best practices. You don’t have to copy a beauty blogger’s nighttime routine down to the facial products they use, but I bet you could start trying to avoid screens 30 minutes before bedtime or playing calming music while you’re taking off makeup. When you’re researching tips and routines from others who have successfully completed a similar goal, start to think about how you can work some of their best practices into advancing your own goal. After you’ve done some research on your habit and goal, then re-evaluate how you can change some things in your current routine.

By taking a step back and looking back on where our current routine needed some TLC, we’re able to fine-tune it to get the best results we want. For this week’s free worksheet, I break down not only how to identify what’s not working in your current routine but how to use the wisdom of others to create something that works for you. Now I want to hear from you guys! When you’ve tried to start something new, did you turn to the internet or to friends who had accomplished something similar? How did that work out?

When she’s not searching for the best matcha lattes in Brooklyn, Kayla helps other young millennials live more intentionally, travel, and enjoy tasty food — all while living on a budget! Read her blog here.