How To Follow Your Dreams Without Waiting For Approval 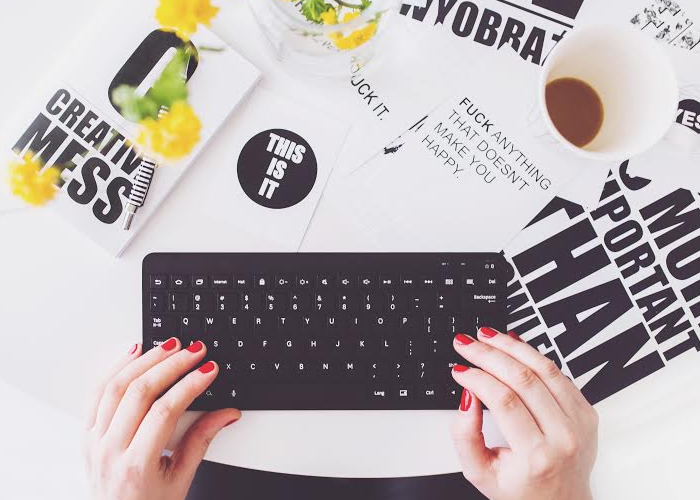 The other day, a close friend and I were talking about a family member of hers who does not approve of what she’s doing professionally, and who doesn’t hesitate to make it known in passive-aggressive comments, and in general bad attitude. It’s a phenomenon I’m familiar with, having made my career in internet writing over the past five years, something that doesn’t lead to the universal, glowing approval of a career in, say, law or medicine. Most people think making a living in a creative field is a pipe dream, and add to that most people’s perception that internet-based jobs “aren’t real,” and you’re bound to face a lot of judgement from family and friends.

When I was first starting out as a writer — with no degree, no prestigious bylines, and two jobs to help me cover the bills — it was understandable that people would be skeptical, but it still got under my skin. I felt a deep hunger to impress people, and to earn their approval, even when I knew that they might never truly understand what I did. It wasn’t until I sold my book that I felt like I may have established myself in the eyes of more conservative family members, and even then, I’d have to repeat the success story every time I saw a new person. In some ways, I learned to let go of the idea that everyone in my life would automatically be supportive or understanding, and that my pursuing my dreams would be about my own happiness, and my own sense of accomplishment.

Still, I find that the approval of colleagues’ and loved ones’ family and friends gnaws at me, even today. When you are taking people on your journey of risk and uncertainty, the last thing you want is to feel like you might be a bad influence on them, or leading them astray. While my own family and friends — because they are concerned with me — are now easier to brush off, those of the people I’m close to feel more important than ever. In starting my own business, I am overcome with the desire to prove to my collaborators’ loved ones that they made the right choice. (When my father started out on his own as an illustrator, my mother’s parents were more than skeptical, to say the least, and their lack of approval was a huge burden on his early career.)

The truth is, though, whether it’s your own loved ones or those of the people who are “in it with you,” it can often be hard to separate out the genuine concern from the poo poo-ing that people tend to do when someone is taking a risk to follow their dreams. In the case of my good friend, she quit her stable and relatively lucrative job to start her own project, and the response in her circle ranged from “excited, if uncertain support” to “passive-aggressive commentary meant to discourage her.” And while some people — like our parents, in many cases — might be genuinely worried for our financial health and career prospects, other people are often just plain unhappy for people who strike out on their own. And it’s incredibly important, for your own sanity, to be able to separate the two.

It’s likely that every person, if they are being totally honest, has some dream that they are not pursuing because of the financial and logistical constraints on their lives. This may not be something they feel a pressing need to do in the immediate, but even a vague desire like “travel more” may be hindered by our very real need to work, and to stay the courses in our career. In the economy we live in — and with enormous student debt on much of our generation — taking a big risk, career-wise, is simply not an option for many of us. And when someone around us does, our first reaction can often be an uncomfortable mix of skepticism, envy, and resentment. It’s hard to be totally happy for someone who is taking an enormous risk, and particularly if we feel like we can’t take the same risks ourselves, it’s easy to feel at least a small amount of negativity about it.

In my own life, it became clear pretty quickly that the concern of people like my father (who experienced his own “great leap,” and eventually built a strong career as a freelance illustrator) was nothing like the concern of people from high school who didn’t think that “writer” was a real profession anymore. But it can be hard to truly accept this, and to understand that even people whose approval we desperately want — like, say, the family of our loved ones and partners — may not ever offer the optimism and joy that we want. Whether their concern is genuine or partly rooted in envy and resentment, the truth remains the same: their opinion of you, when it comes to making your career dreams a reality, doesn’t really matter. And some people will make earning their respect and approval very difficult, and it’s only up to you to decide if you want to go out there and earn it.

In the case of my friend, and the unsupportive family member, I can only remind her and myself of the experience I had when I first submitted articles years ago: Maybe they will come around, maybe they won’t. But your success will (or won’t) happen independent of their feelings. It seems clear that this particular person’s negativity stems more from general unhappiness, and not for concern over my friend quitting her job. Yet even those people may eventually become convinced, if her success becomes big and undeniable enough. But I have found that eventually winning over the approval of people who once made you feel like an idiot for following your dreams isn’t all that satisfying, because they no longer feel like a close friend or confidant, someone you would want around you at the finish line. Perhaps there is a moment of “I told you so” satisfaction, but it simply hurts that they could not give you positivity when you needed it most.

I am still very much in the process of letting go of the idea of universal approval, even now. Starting a business will call into question even the most sturdy supporter’s optimism, and bring out the genuine concern from people who simply don’t want to see you in financial or professional ruin. But I have become better about sorting out and reassuring the people whose care is real, and in letting go of the people whose negativity is more about their own insecurity than your chances of success. I am not perfect, and still feel the pull with certain people in my life, but I can often tune out the noise to make decisions that need to be made. Because when you’re following your dreams, there will come moments when you need to leap off the cliff into a big decision. And even if you have your whole city behind you, cheering you on, only you will be there to make sure you land on solid ground.