How To Give Yourself Permission To Spend Money 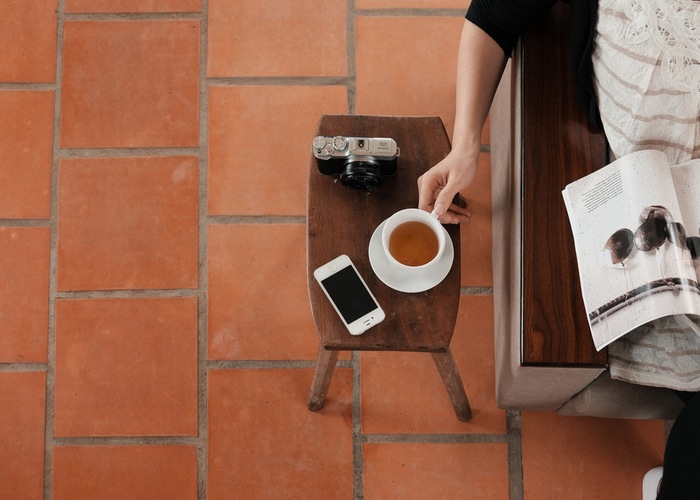 I have a terrible habit when it comes to big purchases: because the number gets stuck in my head and creates a sort of mental block about going through with it, I delay the purchase, often until it ends up more expensive than it was before. This is most true with plane tickets (which both constantly tempt me to look at them, and scare me away from clicking “buy” nearly every time), but it’s also true of investment pieces, from my wardrobe to my kitchen. Every time I am confronted with a big number, I shy away, even if it makes no financial sense to do so.

When it comes time to actually suck it up and buy something, I always feel a combined gut-punch of watching my checking account plummet, and a relief that it’s finally over, and I have what I really needed or wanted. I find myself wondering more and more why I waited at all, when the money being removed from my account is just as significant as it would have been two weeks ago, or the price has actually gotten worse in my slowness to react.

The truth is, I am reaching a place where I don’t have to agonize over these purchases in the same way, and they don’t make the difference between having rent this month and not having it. No, I’m not able to walk into a store and buy whatever I like, but I also realistically take on expenses (like paying professionals to do things, or traveling internationally more than once a year) that should put me in a different mindset. The first time I ever traveled by myself, I scraped together every penny I had and barely made it on the plane (the cheapest flight on the calendar, bought six months in advance) and still only just got by financially even though I was staying at a friend’s house and eating picnics nearly every meal. I clearly don’t travel or operate the same way I did when I was 21, yet I still feel that 21-year-old pang of indecision when it comes to buying something, often to my detriment.

I’ve realized that there needs to be a mentality shift when you become an adult who earns her own money and has enough of it to start buying things that aren’t absolutely necessary. You need to accept that you are not the same person, you are not the broke college kid, and you don’t have to cling onto every dollar and part with it through clenched fingers. After all, it’s fairly easy to do with small impulse buys (and many of us do, even if we have mental blocks about big purchases), so why shouldn’t we get smarter about how much we’re spending on the big stuff?

It all comes down to making a budget, and knowing exactly what your next few months are going to look like. If you’re planning a vacation and need to purchase, say, a new refrigerator, you could be looking at easily over a thousand dollars in one fell swoop, and immediately feel the stomach drop of “do I really want to press ‘buy,’ even if I have the money to cover it?” So you must be intelligent about it and plan out the spending. Look at how much you have extra each month, and how long it will take to recuperate for, or save up for, these purchases.Think about timelines: How far away is the vacation? Does it make sense to buy the tickets now instead of waiting until after the refrigerator has been bought? Can your current fridge hold on for a few more months so that you can take it out of your monthly cashflow, instead of dipping into savings?

If there are purchases you must make that are big enough to make you squirm, you have to get over the mentality that you still need to hold onto the maximum amount of money possible. It can be comforting to see a certain number in your account — I know the feeling of that emotional cushion, and it’s an addictive one — but sometimes we have to accept the hits we need to take, and also realize that we must start living like adults, who are capable of making their own financial decisions, and sometimes spend money on things like a big trip, a nice new coat that will last for years, or an upgrade to the living space where they spend every single day.

It’s not selfish or irresponsible to make big purchases, as long as a) you can afford them and b) you do them in an intelligent way. Having the hoarding impulse about your cash flow and savings is unhealthy, and in its most visible manifestation, will make you pay more for a plane ticket because you waited. But it can also make you miss out on important investments, or not capitalize on big-ticket items which are still expensive, but on sale for much less than they would have been if you were capable of pulling the trigger. Being able to pounce on something, live a bit more lightly for the next few weeks or months, and not feel racked with guilt and indecision is the mark of someone who knows their finances and feels confidently about them.