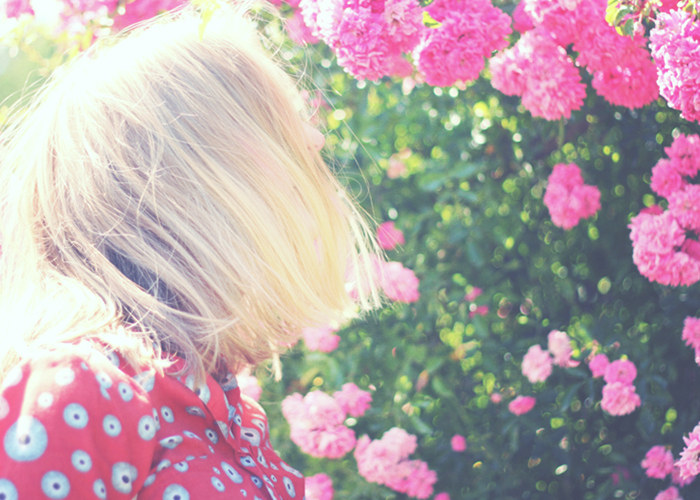 The other day, my friend and I were talking about her new job and (relatively) new efforts to seriously start saving money. Since she’d gotten a healthy increase in salary, but wasn’t in need of anything in her day-to-day life, she decided to budget the first thousand dollars of her extra salary to things she’d been putting off buying, then start putting the rest of the difference between her new and former salary — a few hundred dollars a month — straight into savings. Her big goal is to buy a home by the time she’s 30, and since she wants to do it in New York City, she had better get crackin’.

She mentioned, though, that saving the extra money, and enjoying her new job, hadn’t been as easy as she thought — because she found that several of her friends weren’t interested in accommodating her budget (when she suggested super-cheap happy hours or nights in), and one of them even had offhandedly critical things to say about her job. This was devastating, of course, because it was a job that had long been considered a pipe dream for her, as it’s in the creative field she’d gone to school for and had been working in side jobs since starting her career. And when she mentioned to a few friends her homeownership dream, they scoffed. “Who even buys apartments anymore, they’re too expensive,” one of them said.

My friend stressed that not all of her friends were like this, and that most of her friends and family had been very supportive and had done their best to accommodate her budget and financial goals (within reason), or even took it as an opportunity to do some savings themselves. But the few who seemed, for lack of a word, bitter at her life changes stuck with her. It’s natural to fixate on the negative, even when the vast majority of feedback you receive is positive, but it doesn’t make it any easier to rationalize away in the moment. I tried to remind her that the opinion of one or two people didn’t really matter, although in the back of my mind I knew that I had been there before, and it felt impossible to overcome.

For years, I had a friend who felt pretty consistently unsupportive of my writing career. Beyond just basic concern about “does this make any money” and “it’s on the internet, is it even real,” I began to feel that I couldn’t tell this friend good news, or share with them any of my happiness. I genuinely don’t know if it was envy — I am hesitant to ever pin a complex incident of friendship weirdness on something as simple as “they’re just jealous,” but it’s possible they had aspirations of writer-dom that weren’t being fulfilled. I don’t know. The point is, though, after a few snarky comments when I got a full-time job, I knew that it was time to cut that relationship out of my day-to-day life.

The hardest part, for me, was accepting that “not being supported” was enough of a reason to start seriously distancing myself. It’s hard to give yourself permission to phase out a friendship, because a) we take it as a personal failure of some kind, and b) we tend to think of consistent happiness and support as “too much to ask,” as though it’s selfish of us to want. And besides, when a lot of the life choices people poo-poo tend to be things like work, school, money, it can feel like letting something as “petty” as that get in-between otherwise-good friends is superficial. Why not keep around a friend who is funny, smart, gets you, and just doesn’t happen to feel excited for the stuff you’re doing?

But I’ve learned, personally, that if someone isn’t capable of being supportive of you (outside of the times when you’re genuinely harming yourself or others), the friendship probably isn’t all that strong or meaningful. We all have friends whose choices we would not make for ourselves, but that in no way impacts our ability to share in their joy, or to want the best for them. If you don’t get that effusive, ecstatic, “I can’t believe this!” feeling when good news befalls them — as if it were befalling you — then why are they part of your life? Isn’t basic empathy and mutual endorsement a foundation of friendship?

For me, the first step was to stop sharing work-related news with this person, because I simply knew that well was dry. There was no point in looking for confirmation or support, because it wouldn’t be there. I stopped asking about their stuff, too, because the ability to feel overjoyed for them had been pretty sapped by their attitude. I muted them on social media and stopped reaching out entirely. Aside from one or two brief emails, we stopped communicating altogether, and now they are just a name I remember. Now, this person was never super close, so the break off was easier, but as soon as I stopped looking to them to share in these elements of my life, I realized that I had been trying to string it along for a long time partially out of stubbornness.

Now, for my friend and her life changes, I’m sure that the people who aren’t super helpful with her budget don’t need to be cut out. And maybe the girl who isn’t happy for her job doesn’t need the boot, either. But it’s essential that, if any of these people are genuinely damaging her mental, professional, financial, or overall health, she gives herself permission to end that relationship. We all have limited room for our friends, and the painful truth is that some people we were once close to (or perceived ourselves as close to) might not be the kind of support system we need around ourselves as we become adults, with adult goals and responsibilities. There are always going to be people who live by the crabs in a bucket mentality, and it’s not your job to overlook that constantly.

A pillar of financial and professional self-care, for me, has been being selective about who surrounds you, and who you give your emotional energy to. The bigger our dreams, the more we need to lean on our friends and trust that they can help us make the tough choices (such as doubling down on a budget to reach a big life goal, or changing industries). It’s not shallow or selfish to say “no” to people who do not fulfill that, and it doesn’t make you a bad person for, tactfully, closing up the emotional space they take in your life.

At the end of the day, you have to take care of you, and realize that the company you keep will in many ways define the horizons of your life. Stay with people who have big dreams for you, and are genuinely happy for you when you actually reach them.