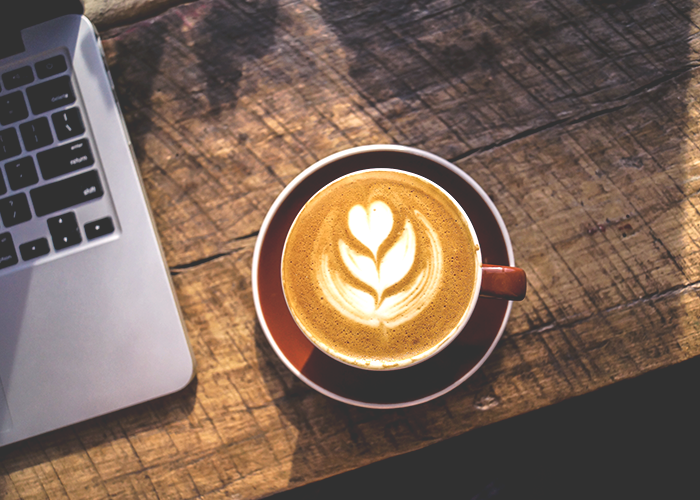 Financial aid is fantastic. It makes it possible for low-income students like me to attend fantastic schools whose tuition would normally double what my parents make in a year. After being surrounded by hundreds of students who didn’t need financial aid, however, I experienced class in an entirely new way. I went from an environment populated mostly by people of my own socioeconomic background to sharing classrooms with the children of millionaires. I felt out of place almost immediately. No student should feel embarrassed or uncomfortable among an affluent student body. Here are a few ways in which low-income students can better navigate the pricey and often exclusionary waters of a private college:

Personally, I prefer to cut to the chase. I just say that I can’t afford to go out and will be cashing in a pre-paid meal swipe. Of course, I usually add in a “Thank you for inviting me,” and maybe a “Sorry, I can’t go,” but generally, I find it easier to be straightforward.I get it. Dining hall food can get a little monotonous. The temptation to gather your friends and get dinner at that Gucci little café down the street can be too real. For many students, however, meal plans are already covered by  financial aid. Choosing a $10 café burger over a free on-campus one is not only impractical, but can be quite guilting. You might feel equally ambivalent about turning down an invitation to eat with friends. How can you decline without sounding rude?

This still leaves us with some serious dinner FoMO (Fear of Missing Out). You can avoid this and resolve invitation anxiety by taking the initiative to ask your friends to eat with you at the dining hall in advance. And if that doesn’t pan out, there’s a good chance you’ll run into someone you know once you get there or you can use a quiet dinner to get through a little homework.

No, appearances don’t really matter. Yes, it still seems like they do, especially on a campus in which a large portion of the student body can casually drop $150 on Urban Outfitters jeans while you’ve been cycling through the same four pairs since 10th grade. You might feel like a Jansport among a sea of Fjällräven backpacks. A Casio among Rolexes. A Target-Tripper among people who not only know the names of clothing designers, but also pronounce them correctly. It’s hard not to feel uncomfortable surrounded by classmates who look like they come from money when you so obviously don’t.

Clothes are an outlet for broadcasting wealth and therefore easily subvert the money taboo. Sure, it’s uncouth to talk about how much your family made last year, but it’s totally okay to lament about how you spent so much money at the mall yesterday and how you wish you could stop buying all these outfits that are popping out of your drawers because you just have so much. You’re not saying you’re well off. You’re just showing it. It goes both ways though. I’ve had friends crack seemingly innocent jokes about how I only own 7 outfits. They’ve noticed that I don’t have a large wardrobe and, through the lens of clothing, that’s funny to them. They’d never make a joke about me being from a low-income family, but my presentation of wealth (or lack thereof) is fair game.

Initially, I indulged them, laughing along like it didn’t bother me. But I’ve realized that I shouldn’t have to feel second-class within my own friend circles. Taking care not to embarrass anyone, I made it a habit to simply explain to them that those comments can be hurtful (not to mention classist) and that I’d prefer they not make them in the future. If they can’t respect that, then they can’t respect me and I don’t need that in my life.

If you’re still feeling alienated and want to expand your wardrobe, you’re in luck. Thrifting is back in style. You can pick up a moth-eaten flannel for a quarter and will be praised as “edgy” or, in more reverent tones, “alt.” There are also lots of practical finds with very little wear or tear that you can get for cheap. Alternatively, many schools are starting organizations or Facebook groups through which students can sell their old clothing. Thanks to Vassar’s “Free & For Sale” page, I have enough clothes to make it through a week and a half without doing laundry, instead of just 7 days exactly.

If you’re a low-income student who doesn’t live within the surrounding area of your college, chances are, you’ll end up staying on-campus over at least one of your breaks. You might even have to find on-campus employment to pay some sort of housing fee. That means while your friends are spending time (and money) on some beautiful beach surrounded by sunshine and happiness, you could be earning money doing paperwork. And if your college is up north, it might even snow. This will suck.

But don’t just sit there refreshing Facebook as a film of green envy solidifies over all of those Spring Break selfies. Actually enjoy your time off! This is a great opportunity to meet other students in similar situations. Nothing brings people together like necessity. I would have never even spoken to many of my current friends had we not both been trapped in campus limbo. Hang out, watch a movie, enjoy the fact that you’re not currently studying. Also, indulge in a little self-care. Your dorm will never be this quiet again. Now’s your chance to just relax with some peaceful, quality alone time.

It’s perfectly valid to worry about fitting into a community that feels financially inaccessible. I was worried too. You might have to make some adjustments or advocate for yourself to feel more comfortable, but after a short time, the income gap between you and your friends won’t seem so imposing. After you’re accepted and settling in, just remind yourself that Admissions obviously thought your aspirations and experiences made you a great fit for your school regardless of your background. Your sense of belonging should stem from these strengths of your personality and not from the size of your wallet.