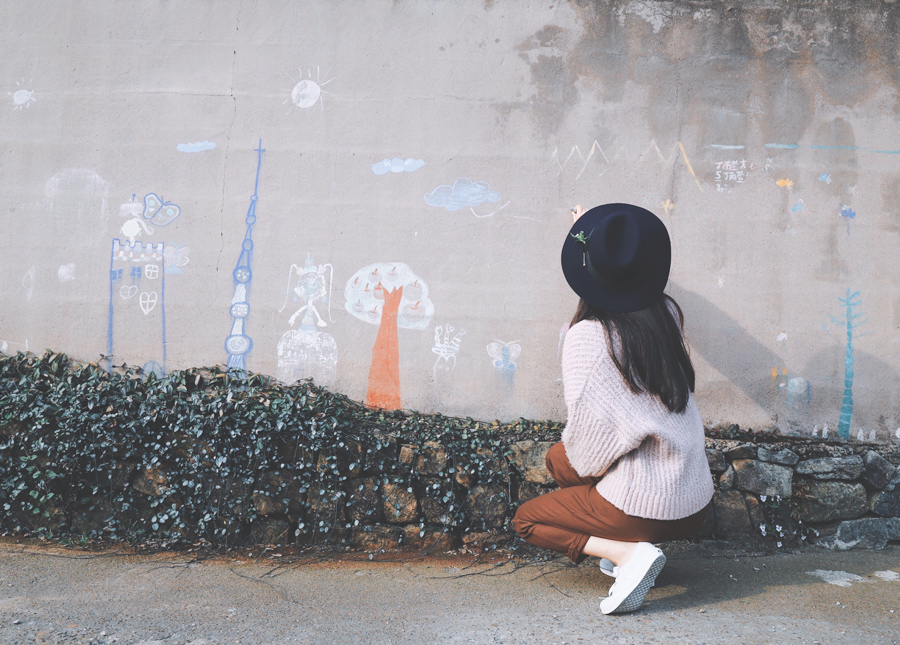 We’ve all read posts about how saying “no” will change our lives. In fact, I spoke about it in Tiny Bites 13. And, I stand by that. It can be incredibly powerful to say no to social commitments or other responsibilities when your plate is already full. However, I’ve recently come to realize there is a lot to be gained from saying “yes,” even when you normally wouldn’t do so. If you’re saying “yes” out of obligation that is one thing, but, if you’re saying “no” out of fear, that is another thing altogether. The budding movement behind saying no often has essentially given me permission to say no to things under the guise of slowing down and not overwhelming my life. However, I’ve recently noticed that a lot of the time when I say no to something, it’s out of fear, not as a means of self-empowerment. Saying no because you are afraid or fearful of something is not a courageous act of self-love — it’s the opposite.

Let me give you an example. Last Friday at work was one of our biggest events of the year. Okay, it was the biggest event of the year. It was meant to have an early start, a late end, and a lot of sunburns (that’s the last time I forget my sunscreen and wear a sleeveless dress in June). I could not have been more tired at the end of the day. Actually, I wasn’t even tired — I was exhausted. So, when an invite came in to socialize for the first time with some old neighbors, my normal gut-instinct of no kicked in. Frankly, I had every right to not want to go. I was so tired and all I wanted to do was curl into a ball and sleep for 12 hours straight. This was one of the few times in my life that I felt a no would be justified.

You can imagine my surprise, then, when I heard the word yes escape from my mouth.  To be exact, I said, “Let’s hang out and grab a drink. We’ll bring the snacks – see you in twenty minutes!” I don’t know who was more shocked — myself or Mr. TA (my partner). I am not a socially inclined person on the very best of days, so to have committed to a social outing on this day, when I felt like gum being scraped off of a shoe, was a major achievement. We had never socialized with this group of people before, so I didn’t really know what to expect. It could have easily been the worst decision I’ve ever made. And just thinking that it could potentially be the worst situation ever would have been enough to normally convince me to say no and pass. But, you know what? It was freaking awesome. Yes, I was exhausted. And, yes, sleep is something I really like to do. But, it was equally enjoyable to hang out in a new friend’s backyard, stuff our faces with chips, and enjoy a cool beverage. It was one of those evenings that you didn’t expect. And one that I wouldn’t have experienced if I stuck to my old ‘”no, thanks” standby.

Maybe it’s because it’s so freaking hard to make friends as a working adult. Or maybe it’s because I could just sense these new friends were going to be awesome. Either way, I decided to go for it. I decided to stare my fear of socializing (and my social anxiety in general) and exhaustion in the face and say, “you know what? This is what I need right now. Even if I end up making a fool of myself and we never see these people again, I will know that I put myself out there and tried.”  That might sound melodramatic to you if you’re a social person. But to me, socializing has a ton of anxiety built into it that is often paralyzing and disempowering. What if I say the wrong thing? What if I spill wine on my shirt? What if we don’t have the same taste in music? These kinds of questions play on a loop in my brain until I’m convinced that socializing is some sort of evil plot to make me make a fool out of myself. Saying no to that consistently saves me from having to deal with any potential pain, rejection, or embarrassment.

The saying no movement gave me permission to do that. And, for a while, it worked, and I was a perfectly happy non-socializing turtle. But, the problem with “saying no” is that, if you’re saying it out of fear, you’re closing yourself off to all kinds of wonderful experiences and opportunities. Are you saying no to a promotion at work because you genuinely don’t want the responsibility (and stress) that comes along with that promotion? Or, are you saying no to it because you are afraid of failing? Those are two very different scenarios. The first one is absolutely valid. Maybe you have enough on your plate already and really enjoy working with your team. Saying no to a promotion (or added responsibilities or an overseas transfer) in that context might very well be the right decision for you. The second one is holding you back from achieving your true potential (of which I’m sure you have a lot). Making that decision driven by fear is a sure way to make certain that you never have to find out if you’re capable of handling it.

So how do you know if you’re making a decision (aka saying no) out of fear?

For me, it starts with the negative self-talk. Like, “oh, I’m sure they wouldn’t be interested in what I’m saying anyway. So we don’t have to bother going.” Or, “I’m sure I wouldn’t be any good at that job, so I won’t bother accepting their offer.” If you’re approaching a decision from that kind of negative place, it’s a sure sign that fear (rather than self-love) is playing a role. The next time you feel your gut instinct of no kicking in, it may be worth it to take some time to interrogate if you’re saying no out of self-love, or out of fear.

If it’s out of self-love and maintaining your boundaries, all the power to you. Stick to your no firmly. But, if you’re saying no out of fear, it may be time to wrestle that fear. How else will you make sure cool new friends or accept an awesome promotion or start a blog (etc, etc) if you never put yourself out there?

Have you ever said no to something you know wanted deep down, out of fear?

Tiny Ambitions is the online space where blogger Britt shares her tiny, but wonderful, life. Britt is a minimalist, a simple living advocate, and a tiny house enthusiast.