How To Start Treating Your Spending Habits Like A Profession 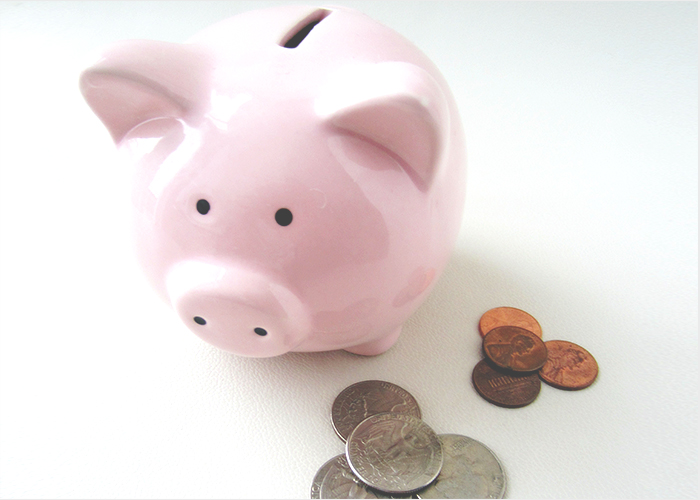 I was always a great saver as a child. I put away piles of money like a squirrel hoarding seeds for the winter, carefully planning what I wanted to buy and saving until I could afford it. When I was eight, I put aside my $2 pocket money every week for two months, until I could afford the $16 singing unicorn snow globe I’d seen at a gift shop. Two months is a long time for an eight-year-old, but I had a goal and I achieved it.

Even at that young, it was one of the ways I most strongly identified myself, a saver, and I pictured an adulthood full of bright financial stability (probably achieved while living in a really awesome, really huge, unicorn snow globe house).

As I grew into adulthood, I still identified as a saver, but somehow I didn’t have any savings to show for it. There were many things I could, and did, blame; I work in the arts so my pay is low; I’ve always worked hard to pay my own way and not rely on others*; I like to eat healthily and healthy groceries cost more; public transport prices are exorbitant and beyond my control, as is fuel, but getting to and from work is necessary.

The one thing I didn’t blame? My attitude to money. After all, I was a die-hard saver, I knew the value of money and I had clear, long term goals for what I wanted to achieve financially. But the day before pay day when I realized I couldn’t afford the bus and had to walk home, or the fact that I hadn’t travelled overseas in years despite it being one of the goals I talked about most, made it apparent that there was a problem. Despite all of my rational arguments to the contrary, eventually I had to admit that the problem was me.

It wasn’t that I was no good at saving anymore, or that I’d lost sight of my goals. But in the years between receiving tiny amounts of pocket money and earning my own money, I’d developed terrible spending habits, which decimated any good intentions I had made for saving my hard earned cash.

For me, saving and spending are two very different beasts. Saving is a measured, rational action that is often acted upon in the hypothetical future. I can take time to draw up a savings plans for money I haven’t actually earned yet, and cost out big goals like travel or buying furniture, but I can’t act on any of it straight away. I have to wait for the money to come in so I can transfer it to a savings account, and slowly watch the balance grow.

Spending, on the other hand, can happen as quickly as I can draw out my card, or type its number into an online form, and in no way needs to be rational. Bad habits I’ve developed around spending vary, from telling myself I deserve a splurge because I’ve had a good/bad day (either excuse will do just fine), buying something because it’s pretty and someone else might buy it first if I don’t get it straight away, or buying a fancy dress for an event so that I can mask my nerves about going with the excitement of wearing something new. Embarrassingly common is my habit of buying something because I’m hungry, and this doesn’t always just relate to food based purchases.

Identifying these bad habits, I was confused by how common they were. These were the same problems bought up by every friend I talked to about money, and came up in every article or interview about saving. If I was a “good saver”, why was I struggling with these same problems? That’s when I realized that I needed to reframe the conversation I was having in my head every time I thought about money, from focusing on saving, to focusing on spending.

Saving money is only something that’s attainable when spending is under control. As a person spending her last dollar every pay, I didn’t need to worry about saving plans or travel goals, because I had no money left for that. First I needed to fix my spending habits. I learnt that I couldn’t hold the title of “good saver” again until I could be a good spender.

So, I’ve stopped thinking about saving for now, and started focusing on spending. I’ve developed habits like writing down every single extra thing I’ve wanted to buy and giving myself one spending day each month, and spending limit, on which to buy the things that with some time and perspective, I actually want. With a hard dose of humility, I’ve asked some close friends if I can call them when I feel like I really want to make an irrational purchase and tell them what and why I want to buy, and talk it out with them first. I’ve stopped going to shops unless I have a list of things I need to buy, because as my mum likes to say, “if I don’t see it, I don’t want it”, and I try to read websites in reader view as much as possible, to cut out sidebar ads.

Contrary to everything I had previously thought about money, becoming good at spending has freed me up to become good at saver again. Now, funnily enough, at the end of each fortnight, I have some extra money left that I can transfer to a savings account. I’ve started realistically planning an overseas trip for next year, and best of all, thinking about my bank account no longer gives me a gnawing feeling of dread, because I know it’s not emptiness that I’ll find there.

*which, in the name of honesty, isn’t even exactly true – I currently rent an apartment from my parents at well below market value.

Lauren Sherritt is a playwright, director and freelance writer from Brisbane, Australia. You can find her on Instagram.