How You’re Supposed To Love Someone In 2015 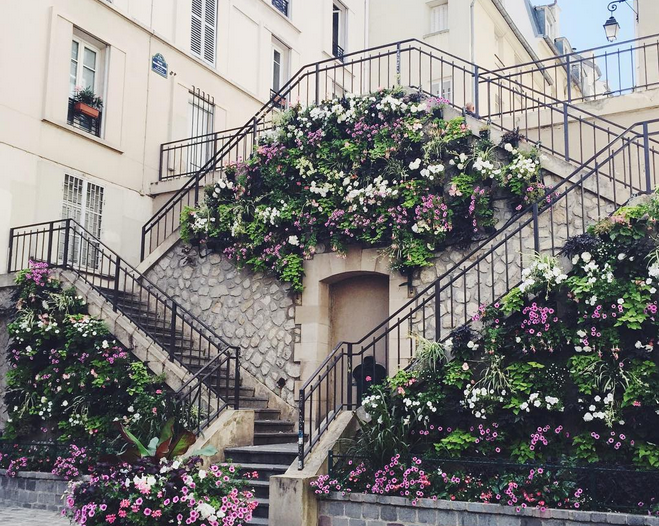 This weekend, four people on my social media feeds either got married themselves or attended weddings. For a few hours, more photos on my Instagram than not were pictures of dresses, cakes, flowers, and elaborately done-up selfies, all bearing the cute, cheeky hashtag the couple had chosen for the day. So-and-so was getting hitched. What’s-her-name said yes. I saw photobooth shots of couples who were only dating, but who wore that “maybe this will be us someday” glow that dating couples tend to have at weddings. In total, I saw about 30 photos of people’s most important romantic moments, people I either didn’t know at all or only knew very vaguely.

Immediately, I wished I hadn’t seen them. It didn’t feel right for me to have such an up-close-and-personal view of these events, to see The Dress and the elaborate venue and know how much they shilled out on booze from a label on a bottle of champagne. Sure, I always love to see a picture of the person I know all dolled up for an event, but to see such intimate portraits of a couple I don’t even know? Why am I seeing their first dance, or the tears in the bride’s father’s eyes as he walks her down the aisle? It felt more personal and intrusive than if I’d seen a picture of them naked.

My friend Crissy, who is always my wonderful cynical touchstone about things like this, was telling me about how some of her friends from home will attempt to reassure her every now and again by telling her not to worry, because “he’s out there.” She will find “him.” She will get her rock, and her big wedding, and her happily ever after. I don’t know if she has the heart to tell them how abrasive that is, and how much it fundamentally misunderstands her. But they imagine her as one of them, on the lookout for the person who will complete and validate her, who will take all that she’s accomplished and put the rubber stamp of “taken” on top of it.

“I’d never wear an engagement ring if he wasn’t wearing a ring, too,” she said. “I don’t want to walk around like some animal with a tag on my ear, when he looks just as single as he was before, like it’s just a maybe for him until the wedding actually happens.”

I thought about what it means to show that you are taken, to not only wear it on your finger and put it in your name, but to parade it around with a hashtag, so taken that even people you’ve never met can see a hundred photos of the day you chose to commit to someone for life. So taken that, if anyone had a doubt about who you belonged to, you could point them to the forty different angles of the moment they put a ring on your finger and recited a vow. Why do we want this? Yes, of course, there is the convenience of not having to reach out to people individually for pictures, but is that really an admirable goal? Wouldn’t you want to ask people to send you their favorite shots so you could collect them, without them being paraded in front of the extended network of thousands of strangers? Is the extra step of emailing some that much of an obstacle? If it is, why do we even want the photos in the first place?

It’s not just this, of course. It’s not just a dumb little phrase that starts with a pound sign. It’s the commercialization of love, the “In A Relationship” statuses that litter our social media, the announcement that sHe SaId yEs, the ring shots, the packaging every bit of our love in its most shareable, like-able, and consumable form. It’s an acquaintance from high school who I haven’t seen in over five years, but whose entire relationship and recent wedding I saw play out in real time over the course of 500 photos. They are indeed as Taken as Taken can be, and share more about it than every other element of their lives, combined.

Maybe this is what Crissy’s friends are really picturing when they say that “she’ll find him.” She’ll get someone to show to the world, to live out romance in real time, to disseminate to total strangers. She’ll get the rock, and the big party, and the pictures so that everyone can know just how incredible it was. It doesn’t matter that she has an amazing career doing something she loves and a life on two coasts she enjoys thoroughly, because those things just don’t translate very well under an Instagram filter. There needs to be that big fairy tale moment to make it all real, to make it all mean something.

Sure, these traditions all still existed in our parents’ generation, the dress and the flowers and the agonizing over centerpieces that no one cares about. But at least these things were reserved for the consumption of those closest to us, and we couldn’t parade around our relationship status to everyone we’ve ever known long enough to hit “accept” on a friend request for. There were certainly material aspects to love, but it wasn’t so much about the appearance of it to the widest audience possible. Now, our love happens on a stage, and if we don’t play it out in the right way, we’re taught to feel that it means just a little bit less.

The longer I see love around me play itself out in this way, the more I see the breathless engagement photos with the hundreds of likes and comments or the baby announcements that feel more like a competition to elicit the most “awws” than a moment of joy, the less I want to share anything intimate or romantic. The more I learn of a friend’s huge life decision via status, along with the random kids from their 7th grade math class, the less hopeful I feel about maintaining profound connections with people. It’s no longer even limited to the hundreds of people who get an actual invite to these events, it’s now extended to the thousands who have the ability to see what they post. What is left of intimacy if even the exchanging of rings is out for everyone to see?

Even if that means I’ll be missing out on a lot of potential likes.