The Huge Financial Mistake I Made With My Car, And How Much I’m Paying For It 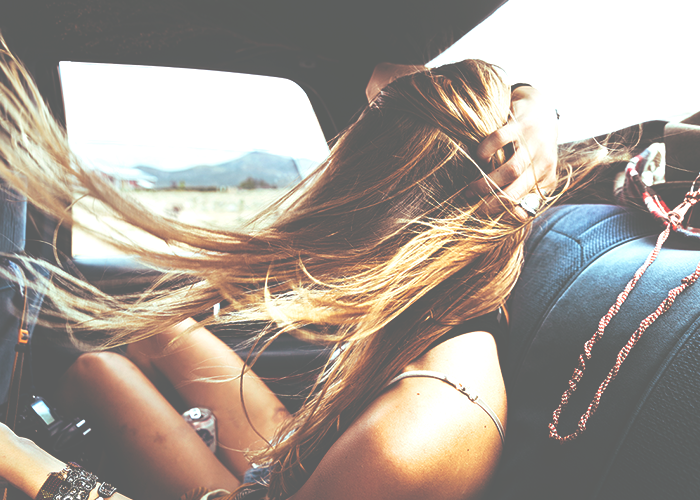 I hate cars. But at the very least, I had one that was fully paid off, and now I do not. Let me try to explain: I enjoy being a passenger in a car, and I have enjoyed driving cars, but I’ve also driven one specific 2003 Volkswagen Jetta into several objects and other moving vehicles. Yeah, I am what you might call a “bad driver.” And fine! I used to try to deny it — and I do think I’ve improved a bit from age 17 to age 25.5 — but now I just shamefully embrace it. I’m a bad driver who would rather not drive. So I got rid of my car, and maybe the way I did it was a little bit because of my anxieties about driving. Or maybe I’m just an asshole. You tell me.

So, here we go. As we just discussed, my history as a driver isn’t great. I had bad luck, I was irresponsible, I’m lucky to be alive, and automobiles give me anxiety because they are of the past and I believe that there should be less of them and yeah I know how this sounds as I am typing it, okay?! But I studied urban planning. I believe in public transit, new forms of energy, self-driving vehicles, and, in general, the need for human beings in America to rely on cars less. They irk me, okay? I can at least say that part of the anti-car sentiment is somehow ethical in nature.

Maybe you, too, hate cars. Maybe you’ve lost someone in an accident, been in one yourself, or just seen cars be destructive. Or maybe you love them! I still would love to own one, because I live in Los Angeles and it’s good to have a car to get around, if only to get out of the city if need be. But I have no day job (full-time freelancer), I don’t want to *really* use a car, and ride-sharing apps like Lyft and Uber cost less for me per month than fuel, car insurance, incidentals, and car payments* combined.

But still. I had a car, and the way I got rid two weeks ago of it was awful.

A bit of background on it: I would receive the car for my 17th birthday, graduate high school and graduate college, and when I completed those things with flying colors, I would receive the car in my name, paid in full. If I didn’t graduate college, the car would still belong to my parents, and I would be forbidden from driving it. It was a sweet deal. It was, to date, the most beautiful gift I have ever received. I didn’t realize what I was getting, even with the stipulations. In my dumb teenage opinion, my parents were forcing me into being beholden to them with this car and its implications, but I took it, like a brat. I was a shitty driver. I was ungrateful. It makes me more than a little sad to look back and think about how blessed I was, and how much money was invested into my happiness and future, only to honestly be squandered throughout the years as I treated that car like shit.

To be clear, I loved that goddamn car. I’m writing a bit of a love letter to it here, I think. I loved it, and yet I abused it like it didn’t matter — a recurring theme with financial stuff in my life, and I would imagine the lives of many equally-dumb teens/young adults. And as we all know, one of the most dumbass, infuriatingly-untrue sayings in the English language is such: if you love something, let it go…if it comes back, that’s how you know. I realized in typing that it’s actually a Christina Aguilera lyric from What A Girl Wants? Right? Great song, but why does anyone like, live by that? God fucking damnit.

Okay. I’m ashamed so I’m rambling. Here we go: two years ago, I moved to Los Angeles and paid $1,200 to ship my car to follow me. I wanted to sell it and move on, but my parents said “Hey, the car is paid in full and you just paid to repair it, don’t you want to use it?” and I said “Okay, sounds easy.” Surprise! It was a bad idea. Shipping a car can be a nightmare. If anyone knows of a decent, non-predatory and sketchy car shipper, please comment or email me. They deserve the promo.

Anyway, I had my 2003 Volkswagen Jetta for two years here, to mixed results. I didn’t get into any accidents, knock on wood and bless up. But I did have some minor cosmetic issues and unfortunate happenings AND my car’s internal operations just absolutely went to shit. Like, engine failure every month. Like, a mechanic told me last summer that it would cost around $2,000 to make my car driveable for long distances, safe for city driving, and basically reliable as a car at all. At this point, if you’re doing the math, my car was a very shitty investment. I decided not to fix it. I should’ve sold it in June of 2015.

Well, one year later, here we are. My car broke down in April and I paid about $175 in parking tickets (fully avoidable) and around $300-400 in repairs to be able to drive it off a repair shop lot in May, convinced that I could still sell this thing somehow and turn a profit. Sigh. I lost a lot of money. And time. And paid a lot in Ubers. And was lazy. And, well, I sold my car for cash on the day of my flight from Los Angeles to New Jersey because I was leaving for one month and was stressed out and just… I googled “cash for cars” and I sold the car for $400 cash to a shady dude who had papers. I gave the title. The title was still in my parents name. I’m hoping against all hope that it was legal? I think it will be fine.

This is one of those posts I’m truly praying my parents don’t read, but here we are.

Is my privilege showing? Yes. Am I sad at all the money sunk into that car? Yes. Did I barely break even on it? For sure. Do I regret it? Kind of. Maybe I could’ve traded it in for a downpayment on a new (pre-owned) car, but then the price of the new (lol, never new) car would’ve gone up anyway, I think. I really do not know. I’m ignorant about cars, can you tell? It’s shameful. But it’s done. I hate cars. And now that I don’t have one, I’m genuinely excited to learn to budget my life around not having one, and to appreciate the next one, if I ever do choose to get one. I’m paying for my car mistakes in really letting my family down, and in a lot of money, somewhere in the thousands, that I spent on the car I’d sell for $400 anyway.

As I sometimes do when I am upset and have nothing to say for myself because I know I fucked up, allow me to Carrie Bradshaw this one. She was a monster with very little self-awareness, but like, it amuses me, okay? I hope I am not like her. I’d love to be none of them. Anyway.

Maybe one day I will love a car again, but for now, I need to be single: no strings attached, no accidents, just me and the open road.

And like, maybe some money? I’d love to hit the road with some money. Sigh.