I Am In Debt For A “Useless” Degree, And I Don’t Regret It 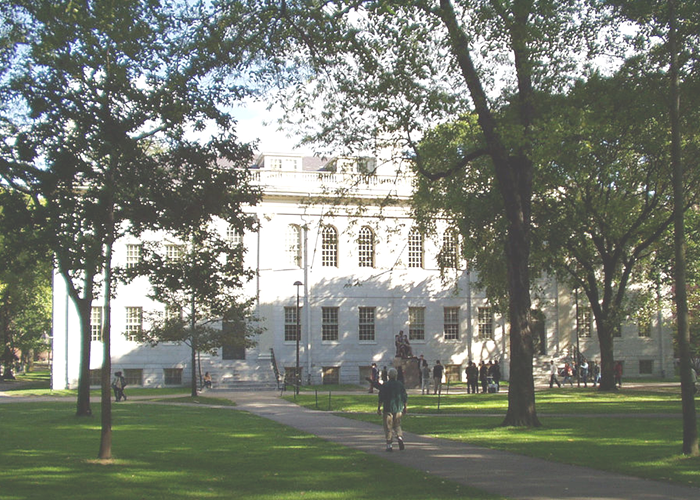 I will never forget the day I got into my dream school. It was a Tuesday afternoon, and the one day in weeks that I hadn’t rushed home to frantically check the mail, because I had to go to a friend’s house to work on a group project. My mom actually opened the letter herself, because she was too excited for me, and she called in tears apologizing for “ruining my moment,” but I was just so happy that I didn’t care. I got into the very good, small liberal arts school of my dreams. I would be able to be my weird, book-loving self, be around people who preferred winter over summer, and get my philosophy degree from passionate, dedicated professors.

My parents are both college educated themselves, which meant that they always encouraged me to do the same, and to pursue what I really loved. Neither of them are working in their field of study, but they both always told me that, aside from the pure benefits of having a degree, the experience of higher education for them was a huge part of who they are. My mother was the first woman in her family to go to college, so the fact that I was a woman made my education and self-determination all the more important to them. They knew that college would be expensive (much more so than for them), but that never stopped them from encouraging me.

They also knew that I would be much happier at this school of my dreams than at the big state school where, I admit, I would have paid less money. We had a very serious discussion where they explained that they would be able to pay approx, $10,000/year towards my education, which meant, after grants and scholarships, I would be taking out about $15,000/year to cover the rest, for a total of $60,000 in loans. My parents did their best to explain to me what that entails for an adult to pay back, and warned me that philosophy would be something that I would have a hard time finding a “good” job for after. But they also trusted me enough to make that decision.

Five years later, I am currently paying that debt back as I work two part time jobs, one doing research for a non-profit and one waiting tables. Yes, the cliché of the philosophy student becoming a waiter came true for me, and like many others in this cliché, I also plan to go to grad school eventually, but that is something I’ve promised myself I will not take on debt for, unless I am going to law school, so that is probably going to have to wait for a while. I admit that sometimes being this cliché bothers me, even though I am lucky in that I have a part-time job in a field I love (that will hopefully soon be a full-time position). No one loves feeling like they’re fulfilling a negative destiny, but I still do not regret my choice.

I loved my school. I loved my professors, and my classes. I loved my roommates. Everything was what I thought it would be, and more. I had hours-long conversations every evening with people wildly different than myself, and got to be immersed in the books and ideas and discussions I always used to dream of. I got to vigorously debate my peers nearly every day, something that I reflect on with even more nostalgia than the wine-drunk parties I went to (which I also reflect on very nostalgically). The friends I made, the things I learned, and the people I met are so incredibly precious to me. I can’t imagine myself without having that experience, in that way.

I could have gone to a different school for less money, or gone to a two-year school at first, or even forgone college altogether until I was ready to major in something more “serious.” And I know that some people might say I was a burden on my parents when I didn’t need to be, or that I burdened my current self. But my parents are incredibly happy for me, and I honestly feel that my monthly loan payment of $410 is a small price to be for the experience I had and things I learned.

I was the loner in high school who never really fit in, and never enjoyed what everyone else did, which made me incredibly insecure and unhappy. After four years of getting to be around people like myself, and understand better who I am, I am almost completely free of my teenage anxieties. I have become the person I always hoped I could be, as cheesy as it sounds.

I don’t think that everyone feels as grateful as I do for my experience, and I don’t mean to say that everyone should be casual about taking on debt because they are going to never regret it, because I know that many people do. I think that I benefited from having parents who really taught me all the pros and cons of my choice, but ultimately let me make it for myself, which many people don’t have. But I want to say for myself that you can be someone with a lot of student debt, even for something that people will tell you is a “useless” degree, and you can still be happy with your choice.

In my case, I needed the experience to really become an adult, in my own way. I don’t know if I will ever be able to directly measure the “value” I got out of the degree in terms of earning, like a doctor or a lawyer can, but I am okay with that. I don’t need to justify it to myself, because I have already gotten what I wanted from it, and I know for a fact that my life is better for it, just like it was for my parents. Maybe that won’t be your case, but the scary stories they try to tell us about how everyone regrets having to pay loans for their adult life because of their liberal arts degree are just not true. I am living proof.

Rachael is a marketing professional living in a big Northeastern town that isn’t New York City. And she’s ok with that.