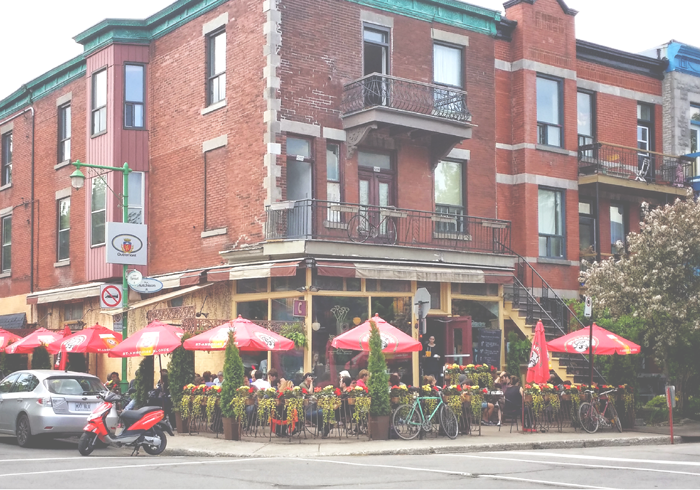 I was recently in a restaurant situation where it was very, very clear that one of the people at the table had never worked in the restaurant industry. Few things get the hairs on the back of my neck up like people being rude to or expecting insane/impossible things from their servers, for a few reasons. Obviously, it’s the worst manifestation of shittiness to be shitty to someone who can do literally nothing to defend themselves/fight back, but it’s also a pretty big demonstrator — especially in the case of serving and not, say, retail — that they expect a waiter to essentially be a butler. (No, your 12-dollar tip doesn’t pay you two hours’ worth of butler service, that would be much more expensive.) And the general expectation of your server to do things that are just not an option, or punishing them for things that aren’t their fault, are the unique territory of people who’ve never held the job themselves.

And because of this, I find myself automatically judging people who haven’t worked in food service. Because while other entry-level/service jobs can be shat upon, few are so thoroughly punished during such a physically exhausting task. If you’re a woman in the restaurant industry, for example, you can expect to be a) sexually harassed, b) yelled at for things you had nothing to do with, and c) underpaid out of ‘principle’ by half your clientele. And it just comes with the job! But for people who rely on those sweet, sweet tips — inarguably better than most wages you could get at a job with similar requirements — accepting all of those terrible side effects is well worth it.

On the bright side, once you’ve worked in those conditions (and seen the way average people feel entitled to treat you when you are bringing them food/alcohol/coffee), you are almost guaranteed never to be an asshole to a person in the same position. You will always tip above and beyond for solid service, and even go back to compensate for a tablemate who thought 15% was appropriate. In this way, you’ll always have your shit together in restaurants and generally can expect not to be silently resented  by the people waiting on you/making your food.

But more than this, I feel pretty convinced that the act of working at a restaurant is hugely important to being an all-around better person in the world. This is pretentious, of course, coming from someone who spent several years in food service, but I think it’s stood pretty true for pretty much everyone I’ve met who fits this description. The truth is that food service is the industry where people truly let their worst colors fly, and show you just how much they believe a person they are paying a few dollars to for service should behave like their personal entertainment monkey. Restaurant work humbles you in a way that little other work does, if for no other reason that it almost certainly removes you from polite society with its crazy working hours.

And while having this experience is hugely defining for someone’s personality type and worldview, not having it is probably the more extreme marker of character. Because pretty much universally, people who have been shitty to service-industry people are people who’ve never done it themselves, who look at the work as “just a job,” because they have no idea, on a day-to-day basis, how draining that shit can be. Anyone who has worked food service, and then gone on to work a 9-to-5, can say with conviction that the service job was harder in many ways. At least, in most “real” (ugh) jobs, people treat you with a baseline level of respect and you are not forced to be on your feet carrying hot, heavy things while getting lightly sexually harassed several times per day.

The thing is that most people who allow themselves to hold the dichotomy of “real” vs “not-real” jobs are people who’ve never really experienced the former. There is a whole class of society that won’t tip a good amount, or make dumb proclamations about how “only students should be working these jobs, they shouldn’t be a career.” And those people are, sadly, some of the most frequent customers. The only way to change this mentality, of course, is to be a part of it, and to see what the world looks like from the other side of the cold, tip-dependent glass.

I automatically judge people who have never worked these jobs because I know, on some level, that they haven’t experienced these things, and they will always have an easier time making requests that aren’t feasible, behaving in a way that isn’t acceptable, or figuring that something is “not a big deal” when it absolutely is for the person on the other end. (They don’t know, for example, that in a lot of restaurants, if you send something back for no reason, it’s often taken out of the staff’s pay.)

Not having worked in food service doesn’t make you a bad person, nor does it mean that you will be a universally shitty patron. But it means that you’re much more likely to be one of the people that servers/hosts/runners will complain about in the kitchen because you simply Don’t Get It, and are expressing that ignorance on the people who have no choice but to wait on you. If it’s not too late, and you’re looking for a job (side or full-time), I’d encourage you to check out the restaurant industry at least once. If nothing else, you can guarantee yourself that after six months working one of those jobs, you’ll never look at people the same way again.