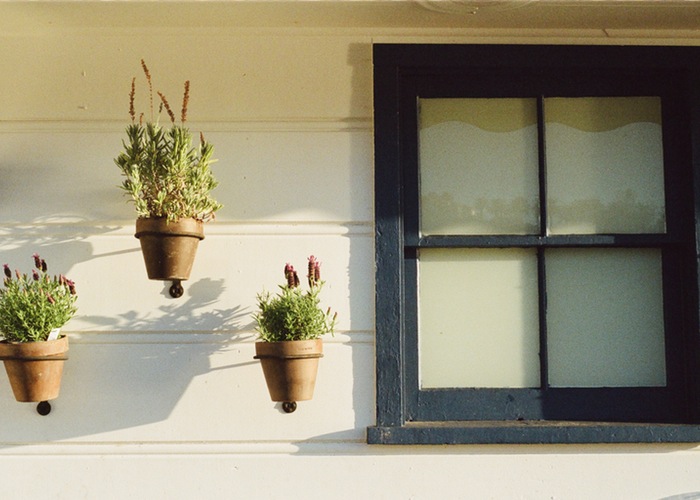 I’ve realized that in this generation, where we use the Internet as a window to look into our friend’s (and random acquaintances’) lives, we have developed a problem with comparison. Psychological studies have been done on the jealousy and insecurity that stems from scrolling through feed after feed with glamorous shots showcasing our friend’s accomplishments and life milestones. Be that as it may, I feel the need to point out a broad difference in idolizing someone’s seemingly perfect life and feeling inadequate because of it, versus admiring our peers who hit the big adult moments early on.

Some of my greatest role models are in their late 20s and early 30s, and still don’t own their own home. And you know what? That’s okay. Some people don’t want the responsibility and the stress of owning a home. It’s not a cakewalk. There is no landlord, when your heat breaks in the middle of the winter, and the repair bill can make your bank account drop a figure or two (maybe three). Some people don’t have the time to dedicate to home care, and can’t afford to pay someone to do it. Some people travel so extensively that it’s not practical to own a home. There is nothing wrong with taking one of those paths instead of the one I took.

Yes, there are people with degrees, nice cars, no debt, or houses that were either given to them, or that they got help paying for. It is part of many parent’s dream to be able to pass on financial stability, wealth, or significant possessions to their children and grandchildren. But faulting someone, or undervaluing their accomplishment, regardless of how much help they had in achieving it, is something I find to be petty.

In August of 2014, my husband and I bought our first house. He was 24, and I was 20. I signed mortgage papers before I could even legally drink. Neither of us came from wealthy families, nor did we have down payment assistance from parents or grandparents. We’ve both been working since we were 14, which was the legal age to apply for a worker’s permit in our states. He joined the military straight out of high school. Our entire lives have been focused on accomplishing great things and defying the odds of a lower-class family where no one had a college education. We were able to secure a wonderful interest rate through a credit union, and for us, it was just another step. For many other people, it is just a step. An exciting one, but a part of life that we had already spent several years planning for, both financially and mentally.

You do not have to have a 401(k), a 15-year career, or a credit score of 800 to buy a home. We found out about two months before closing (VA home loan closing processes take forever) that we didn’t quite qualify for our mortgage by about $3,000 per year. Since we were married, the bank took my debt into account, but refused to take my income into account because I had no credit history (a byproduct of a well-meant but sheltered childhood). We were floored. This goal we’d put everything into could suddenly end. We wound up asking the sellers for an extension, moving in with close friends who graciously accepted help with bills and groceries, but didn’t charge us rent, and we started working overtime to pay down every last bit of debt we had in order to qualify. My husband was working 80+ hour weeks and for three months we barely saw each other. I was working your typical 8-5, with a side job from 6-10 PM. It was one of the most stressful times of our marriage and lives.

As a result of this incredibly grueling grind, however, we are now the proud owners of a beautiful, expansive house with plenty of room to work with. My suggestion is not to rush out into the world and buy the first house you lay eyes on, nor is it to pine over one until your retirement creeps up on you. Remember that there is a middle ground. It becomes easy to assume (from what we see on Facebook) that people either have a house handed to them, or must wait until their mid 30s/early 40s to buy. But with the right choices, a good amount of hard work, and fate smiling on you, being an exception to the standard is possible. And it feels damn good.

However, we faced enormous criticism from acquaintances we barely knew – snap judgments fraught with phrases like “silver spoon” and “undeserving.” This didn’t hurt so much as it irritated me. They were ignorant comments founded in, what I would later realize, was probably jealousy and their own personal insecurity.

Because, in my opinion, it really doesn’t matter how any of us got to where we are. What matters is evaluating whether or not it is a good fit for our lives at this particular time. Don’t feel pressured to live up to someone else’s goals, and refrain from immediately tearing apart someone’s story just because you think they had it easier than you. When you choose to view someone else in that light, you’re automatically convincing yourself of three very dangerous things:

1. You are a failure, or you have failed, by not being “as good” as that person or their accomplishment.

2. That person is not talented, hardworking, dedicated and they just “lucked out” in life. You are doing them a great disservice and labeling them as entitled or lazy (whether intentionally or not), when you say things like “well they had better opportunities,” but brush aside their effort.

3. You assume you could never do something like that. You are doing yourself a worse disservice by underestimating and putting yourself down. It’s a self-inflicted blow to your self confidence. Stop judging yourself based on someone else’s accomplishments. Your path to the same success will be different from everyone you meet.

So the long and short of it is, you can buy a house in your 20’s. You can do extraordinary things before your 30th birthday. You can be amazing and accomplished, so long as you push yourself to YOUR best potential. Don’t let anyone tell you that you’re too young for such an endeavor, and cut out the toxic people in your life who hold you back, bring you down, or discourage you from trying. There’s no time for bullshit when you’re building an empire.

Adriana has been called a “Leslie Knope,” because her idea of fun is critiquing her budget and working on her startup. You can find her on her website, Twitter or Instagram