I Didn’t Quit My Job To Travel The World, And It Was The Best Decision I Ever Made 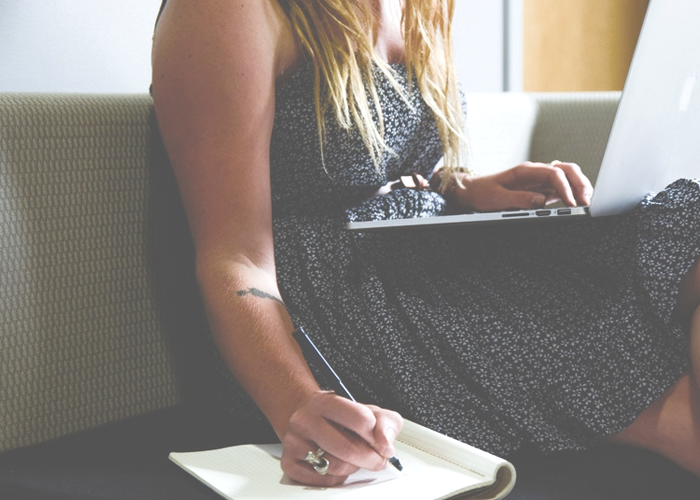 My best friend and I went to high school together, and then college together. For those eight years, we were almost never apart, to the point that everyone used to address us by a combined version of our names. And when she told me she wanted to take her first trip to Europe in the summer of our junior year of college, it was obviously an invitation for me, too. Of course I said yes.

We spent most of our spring semester that year working and saving all of the extra money we could. We took babysitting jobs, dog walking gigs, temp positions — whatever we could get. The goal was to have $3,000 each for the trip so that we could comfortably spend six weeks backpacking

across Europe, staying mostly in hostels and occasionally with friends. Working to save up for that trip was, to this day, the most challenging thing I’ve done in terms of work, because all of that money had to be saved while I was going to school full-time and working an unpaid internship “in my field.” But we both made it happen, and it made our trip together that much more amazing.

I can’t say anything about that trip other than that it was perfect. It sometimes feels as if we learned more in those six weeks than in our whole four years of college. I will always look back at that summer as the one we truly grew up, and promised each other that travel would always be a part of our lives.

Today, we are both 26, and this summer marked the fifth anniversary of our incredible trip together. And as I am typing this, I am sitting in my office on Manhattan’s Upper West Side, delaying my evening commute to Astoria. It’s 6:30 PM and I’ve just now finished my day’s work, and I honestly consider that a pretty good day, as sometimes I am stuck in the office until way past dinnertime to meet a deadline or finish a project. And right now, my best friend is living in Prague, where she is teaching English, and it is the third country she has lived in in two years, because she is determined to spend her 20s traveling the world.

When we graduated, we were both on the “career” track right away. I am currently a marketing director for a small nonprofit involved in women’s advocacy, and started out as an assistant at another nonprofit. My best friend secured a job as a junior account manager at a well-known ad agency her first year out of school, which is something we celebrated at the time with Cupcake prosecco and actual cupcakes. She seemed thrilled, for the first year.

But soon it became clear that she didn’t want to stay at her 9-to-5, and was feeling the itch to travel again. “We always said we would travel,” she would tell me. And when I tried to explain that I definitely was going to travel, but had to do it in the limits of my paid vacation time, I felt like an idiot. Like a sellout. Here was my best friend, seriously considering leaving her good agency to go “make it work” in some faraway country, because she took her promise to her 21-year-old self seriously. At first, I didn’t think she would follow through with it. But when she moved in with her aunt in Brooklyn so that she could start saving 80% of what she earned, and took on extra jobs on evenings and weekends to sock away more cash, I knew it was real. She was doing the grown-up version of what we had done in college.

The day she left, I wanted to be happy for her. And I should have been — I had just gotten a promotion at my job two months prior, and had fielded an offer from what is my current company. I had everything to be grateful for, and I knew that. But inside, I felt jealous and threatened by her decision, and all I could think was “why don’t I have the courage to make the same choice?” I felt like an addict, hooked on the comforts of my office and my status and my increasing salary. I felt like I loved my job, but maybe I was just comfortable, and maybe it was just what was expected of me. At our goodbye lunch, I couldn’t help but make backhanded comments and little digs, and after she got on her plane, I cried the entire night. I felt like shit, for so many reasons.

For the next year, I would cringe every time I saw one of those articles about “these millenials who quit their jobs to travel the world,” and there seemed to be an entire genre of them! It felt like the story was following me, and mocking me for not being able to do it myself. And yes, I realized that it was technically within my power to make that decision, but something was holding me back from it. I was never able to pull the trigger, or even make a concerted effort to save up and have the option. So when I read the articles and interviews making it all sound so easy, not to mention saw the photos of my best friend smiling on a Thai beach, I found myself feeling even more judgmental of my own decisions, and resentful of theirs.

That fall, my boss at the nonprofit called me into her office for a chat. It turned out that our little startup had nearly doubled its outreach budget over last year, and would need a marketing director to help manage it all. I wasn’t even 25 yet, but my boss had chosen me. I’ll never forget what she said:

“This is going to be a lot of responsibility, but if you are willing to rise to the challenge, we can make something amazing together.”

In that moment, my heart swelled like it never had for any plane ticket or foreign language. I was going to be able to lead something, and create something, and dedicate myself to a job that I really cared about, doing something I’m genuinely good at. I felt appreciated and understood, and so excited to start my new job with a vengeance.

A year later, and I’ve grown the position enough to hire a full-time person who works for me, and am looking at hiring a third on our team by the end of the year.

I have realized over this year that the reason I never wanted to quit my job and travel was because I really love my job, and more importantly, I love working at something every day, and having coworkers who become like family, and building something little by little as the months and years go by. It’s not for everyone, and sometimes when I’m eating Chinese takeout in front of my computer at 8:30 PM on a Wednesday, I can feel exhausted with it all. But just because a job is a “typical” 9-5 office position doesn’t mean that you’re some drone for working there. There are plenty of people who find vibrancy and meaning in what they do, even in some boring Manhattan office. Yes, life looks beautiful in Europe or Southeast Asia, but it also looks beautiful from my little window, doing what I love.

I’m going to see my best friend in Prague this November, and I genuinely can’t wait. I’m using my paid vacation time to go see her, and it might not be running off into the sunset, but I’ll know the work I love is waiting for me back home. And most importantly, I know that I’ll be able to be happy for her, genuinely, because I no longer think I want what she has. And I no longer think that her “bravery” to quit her job means I’m somehow lesser for not doing it. Because staying at something you love, and working hard every day in the hopes of building something better, is “brave” in its own way. It’s not any better or worse than leaving it all behind to travel, but it’s an important decision that I’m happy I made.

Naomi is a NYC-based marketing director for a nonprofit. Jackson isn’t her real last name, but it is her favorite Johnny Cash song, so it might as well be.