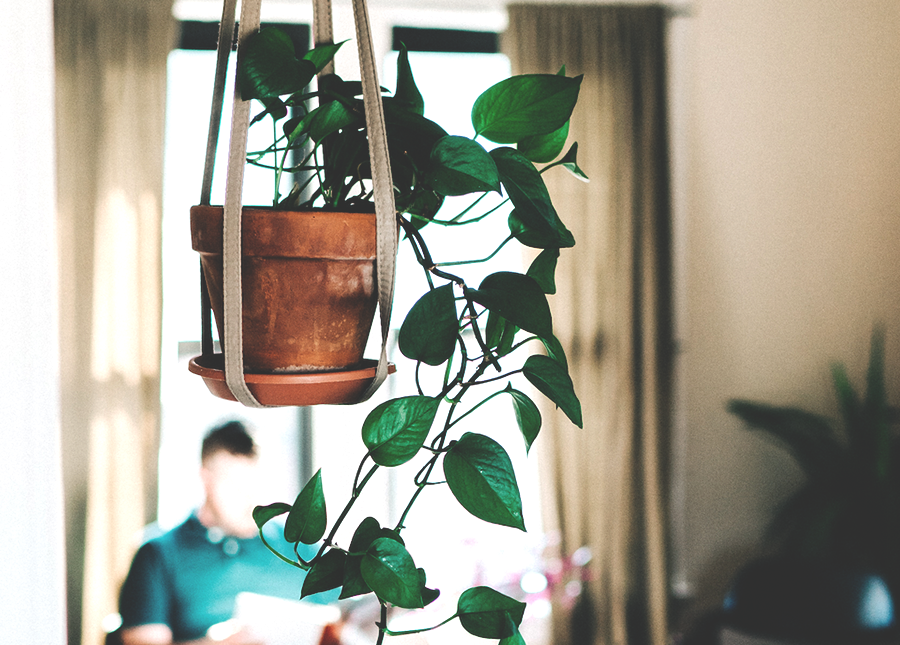 Warning: this article deals with the topic of abuse. Please only continue to read if you believe it would be healthy to do so.

Before I jump right into the labor of dredging up past trauma for a paycheck, I want to preface by saying I’m not embarrassed by having been traumatized. I stand by my decisions to heal and all the roads I had to take to feel safe in my own body again. In order to do so, I had to humble myself deeply. I had to ask for help. I had to burn some bridges and diligently avoid others while I simultaneously built the strongest bridges I’ve ever had the privilege of standing upon. But a preface is nothing without a story to follow it, so here’s the story.

After finishing college in May 2015, I had plans to move back into my mother’s house. We had a “rocky relationship” — one I now consider to be abusive — for so much of my childhood, but while I was away at school, my mother and I developed a superficial bond. We’d go to movies. I continued to open up to her about my life’s happenings, and it was the first time she had reliably answered her phone when I called. She didn’t exactly have much to say to me at any given time, but compared to her violent and unpredictable reactions to my need to share when I was younger and living under her roof, I considered this progress. I had always hoped for a best friend in my mother and I felt like this was the closest I was going to get.

But when I articulated my desire to come home, my father feared that my mother and I would fall into the same volatile patterns that plagued my childhood. He felt that if I moved back into her house, I would be living at his house within two months, not that I wasn’t welcome. Growing up, my mother would routinely start a fight over something like the trash cans not being taken in, and would kick me out for the indiscretion. During times like this, I would go to my father’s house and spend the entire time miserable and uprooted. In an effort to avoid jumping back into harmful dynamics, he convinced me to get my own two-bedroom apartment in my hometown and start my own life on my own two feet.

My first hometown apartment was no more than a stone’s throw from the house I grew up in. My mother could stop by whenever she wanted to “check on me,” and I even gave her a key. Less than two months in, my mother severed whatever superficial bond we had created by returning to the mother I had for my childhood. She’d come over to vent about something going on in her life, usually a fight with whatever deadbeat she had recently decided to invite into her house, and when I’d talk to her like I’d talk to anyone I love, by gassing up her self-worth, by asking her to interrogate her motivations, thoughts, and feelings about herself, all I got was a punch to the face, my hair pulled, and a voice raised to me louder than any I’d ever heard.

Despite my mother making it very clear that this is the only relationship we could ever have, that she would come over and hurt me at any point she felt like she could, I lived in that apartment that she had a key for without changing the locks for two years. I told myself that any change I made to protect myself while I lived so close to her would only make matters worse. We’d never have any relationship if I took her key away, I remember telling myself. And that felt worse than getting hit. I convinced myself I could take it, and that I would, because if we got two weeks of her being there for me, of us sharing laughs, of me having the mom they seem to only show in movies, it felt worth it.

But after two years, I got an offer from a landlord friend of hers for a much larger and cheaper apartment–$1300/month with utilities and washer and dryer in unit compared to $1800/month without utilities and coin-operated laundry. It felt like a real shot at adulthood — a little further from home, two floors, dishwasher. I’d be nuts not to jump at it. My father had picked out and set up my last apartment for me, but this one got to be just mine. During a period of relative peace, I asked my mother if she would help me move. She said yes, but what she meant was only on her terms.

I had been asking for help getting some less necessary stuff to my new apartment for more than a month before my mother let herself in one day to find me smoking weed on the couch, deeply stressed about whatever word count I was trying to meet for a copywriting client. She had been historically disappointed in my decision to be a writer, and it hovered over all our interactions. This was usually enough cause for her to hit me, but she exercised an ounce of self-control by moving some boxes to the car instead. When she saw me still furiously typing, now nearly shaking with frustration tears, so not ready for a fight when I was on deadline, this angered her more. This is often how I reacted before I had to have any kind of confrontation with her, paralyzed with fear of actually telling her no. When I told her I couldn’t get up from my computer right now or I might lose my place or worse, lose the client, she pulled my hair so hard that I fell to the ground in tears. Standing over me, she told me this was the only time she had to help me move.

Reluctantly, I got in the car with her filled with some of my stuff. My new apartment was less than two whole miles away, and the second we pulled out of the driveway of my old complex, my mother launched into unsolicited lecture about my lifestyle, how she was going to forcibly commit me if I didn’t go to law school as once planned, how I had so much potential and had elected to waste it doing what I loved. When I ignored her and silently sobbed into my t-shirt, she demanded attention by hitting me in the face, chest, and legs.

I grabbed the steering wheel and turned it toward oncoming traffic — a last-ditch effort to put her attention on something other than me. She yelled and yelled until she eventually pulled over on the side of the road. I was shaking through a panic attack at this point, but chose to dial 911 and ask for police assistance — something I will never do again, but I was desperate for anyone to make to the assault stop. When the police arrived my mother denied that anything had happened and claimed that I had just launched myself into a panic attack and had a propensity for overreacting. Naturally, these cops believed her, because I was the one sobbing, shaking, and begging for safety in what looked like an already safe situation to them.

They gaslit me until I agreed to let them drive me to my father’s house. I never made it to my new apartment that day, and I never went to it again after that. I paid movers to take what I didn’t immediately need to my glorified storage unit of an apartment. I asked my father if he could store the rest. I blocked my mother on all forms of contact. I decided on that day that I would break our cycle. I camped out at my dad’s for two weeks before I figured moving in with my nonna (my mother’s mother) would make me feel safer than the burden of looking after my father during my own healing. This wasn’t the case. I got front row seats to the woman who had a large role in creating my mother, ignoring my abuse for over a decade, and allowing her to continue to go unchecked. Every day I spent there, I struggled through a minefield of triggers as I tried to explain myself to another family member who was never going to make the effort. I started spending more and more time at my partner’s parents’ house, and shortly after that, his mother invited me to live there full time.

I paid my rent to the place I never lived, on time and in full every month. I painfully kissed that money away, but decided the price was right for my mother not being able to find me. When my lease was up this past May, I asked my dad if he would go over there and take inventory of what had actually made it there from my old apartment. Anything I couldn’t live without was already with me, and everything else felt like a ghost I didn’t want to see. I sent an email to my landlord asking if he would keep whatever furniture he could use to furnish the place for the next tenant and to throw whatever else away. I never got a response. I don’t know if I’ll get my security deposit back, and talking to anyone who still has contact with my mother is not in my healing repertoire. I decided on that day that I would be dead to her, and that she wouldn’t see me anywhere as long as I decided to remain dead. I’m out $15,600 plus whatever I paid down, and that’s the first time I’ve done that calculation.

I could have moved somewhere brand new…

I could have taken a long vacation…

I could have made a sizable donation to a cause that mattered.

And I didn’t. Looking back, I don’t know if I would do it any different. It’s hard to look at that number and not feel dumb for “giving that money away,” but I’m doing okay right now. I’ve done a lot of healing in a year, and I don’t know if I would have done that otherwise. I feel like that’s worth about $15,600 and a year of my life.