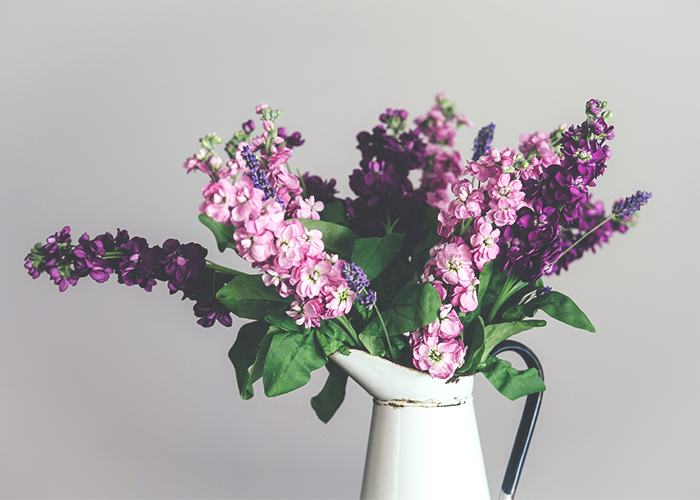 I’m going to go ahead and assume we’ve all heard about SMART goals by now. (Juuust in case you haven’t, here’s a great overview from The Simple Dollar.) So when I say things like “Goals won’t get achieved without habits,” the goals part is (relatively speaking) pretty clear. But habits?

If there was a silver bullet or magic pill available to create or change your money habits, we would all have started using it ages ago. Whether it’s a book-buying habit or a Starbucks-latte habit, I’ve had my fair share of money habits that weren’t in line with my goals. I mean, they were very in line with my “someday have an entire library in my house, like in Beauty and the Beast” goals and my “please give me the delicious caffeine” goals, but not as much in line with my money goals.

Building — or in most of my examples, breaking — money habits is tricky business. I’m sure we all have a favorite example of a time when we totally nailed it, and dropped a bad habit like it was nothing. Mine? One New Years, I managed to establish a regular yoga practice

and ended up in fantastic shape as a result.

And then we’ve got the other examples of habits we just can’t seem to shake. For the longest time, no matter what my income or financial situation, I had a Starbucks latte every day. Every. Single. Day.

So what can you do to give yourself the best chance of establishing killer money habits to support your financial goals this year?

Know What Kind of Commitments Make Sense to You

That came out of nowhere, right? Right.

So here’s the background.

Over the holiday break, I borrowed Better Than Before

, by Gretchen Rubin, from the library, in line with my new “no more spending mindless $100s on books every month” money habit. It is chock-full of amazing advice and distinctions about habits, and it pays special attention to how different people form habits differently based on their personalities and preferences. Your habit formation and my habit formation might be entirely different, even if we end up at the same result.

The best framework in the book — and the one that, like a lightbulb, made it crystal clear to me why any habit I’ve ever formed successfully has worked — is called the Four Tendencies. Basically, there are four kinds of people, grouped by which kind of commitments they tend to honor the most: commitments to other people, commitments to themselves, both, or neither.

As soon as I read this, I recognized myself immediately — I am an Obliger through and through.

That time I was able to establish a regular yoga practice? It was at a yoga studio that frequently sold out for their classes, so they had an online system in place. You could go to their site and reserve your spot in the class you wanted, but careful: if you reserved a class and didn’t show up, you got one strike. If you racked up three strikes, you couldn’t reserve classes anymore, and good luck getting a spot in Thursday night Power Flow class if you can’t reserve your spot. My habit succeeded because I had external accountability for it, which is a much bigger driver of follow-through for me than any goal written on a Post-It beside my desk.

Meanwhile, let’s look at my savings goal: saving half of my income. I haven’t yet had a month where I’ve quite managed to hit that elusive 50% number. That said, I’ve been consistently saving about 40% of my take-home income every month since I started my blog. One of the big reasons I’ve been able to stick with it is that if I were to totally bail, throw up my hands and say “It’s impossible!” and go back to saving 20% of my income, I’d have to tell all my readers about it.

And listen, I don’t even think that would be the end of the world! There is plenty else to talk about in the wide world of personal finance, and I’d keep writing. But like…

I really don’t want to do that.

So every month, my newfound habits of tracking my spending, bumping up my automatic savings contributions, and cutting back on key spending categories like coffee and books, are all still around. If anything, they’ve become second nature after the past  six months. When I hear about a great new book, I add it to my holds list at the library — not to my one-click checkout at Amazon.

This is literally all due to the external commitment I made to my savings goal — and, of course, to the fact that I set a SMART goal instead of just “saving more.” And now that I know about the Four Tendencies, I know that similar external commitments are the key to helping me stick to my habit-forming promises.

In the context of your goals this year, take a second to think of a time when you made a not-insignificant change to a habit, or built a new one from scratch.

Did you have an external commitment to keep? Was it a promise you made to yourself? Do you typically challenge external requirements, like someone telling you how to achieve your goals with no rationale behind it? Let’s take “saving more money” as an example, and look at how this framework of commitments can help give you a leg up on the inevitable three-weeks-in goal fatigue.

Any self-identified Rebels lurking around? Please chime in in the comments, because I would seriously love to know what has worked for you. I’m also super interested — is this the lightbulb moment for anyone else like it was for me.

If you’re looking for further reading about habits, The Power of Habit

is a stellar read as well. It looks at the science behind habit formation, so if that’s more your jam — or if you just want to read a great book — I highly recommend it, and so does Sarah at The Yachtless!