If You Ask People To Pay For Your Vacations, You Deserve To Be Hated 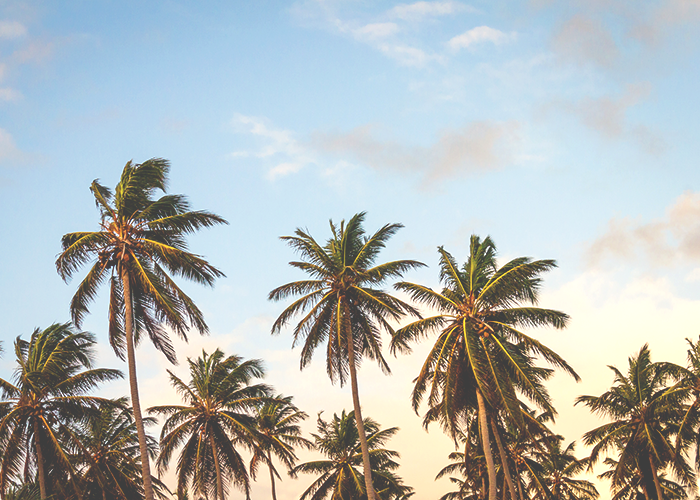 As often happens now with money-related news that makes you want to throw your laptop out the window, a few people sent me this story over the weekend. Apparently, there is a rising trend of using crowdsourcing sites and general friend-and-family nagging to get people to pay for things like vacations, honeymoons, bachelorette parties, recreational classes, and any number of things that your Facebook community should not be paying for. From the article,

“There’s a stigma against asking people for money,” Ms. Chan says, explaining that she is normally a shy person and really broke out of her shell when she turned to the crowdfunding website GoFundMe.com. She hopes to study to be an acrobat.

Now, Ms. Chan is already right about a lot of things here, not the least of which her assertion that “there is a stigma against asking people for money.” Yes, that’s true. There is a stigma against going around to people, usually in your immediate community, and asking them for their hard-earned money (which they could use to fund any number of their own projects) to supplement yours. There is a stigma against that because, as we can all understand, people value their money. People have things they’d like to spend it on, and when it comes to the end of the month, most of us only have a limited amount of discretionary funds for things like vacations, bachelorette parties, or acrobat classes. Those funds, generally, we’d like to use for ourselves.

So the stigma is there for a reason, but that doesn’t mean that crowdfunding isn’t, in many circumstances, an important and useful thing. As someone who is currently a patron of several creative projects I’m a fan of, I’m happy to give those couple of dollars a month here and there to help my favorite podcasts, or educational material, or whatever else it may be. And that’s my choice. But I also know that part of the reason I am happy to give money to these people and projects is because they have always simply made the option to donate available, and have never harassed or guilted their audience into doing it. And it’s also because they have put an enormous amount of their own work forward to create something, and are asking for money as a way to sustain it (and themselves). In these cases, this project is all or part of their livelihood, and they’ve accomplished quite a lot before ever asking for help.

I believe, when it comes to projects and professional things, there is nothing wrong with asking for some help in the way you might ask for an actual investment. Obviously I’m not being offered equity for donating to a podcast, but I do get things in return (such as bonus episodes), and I know that I am contributing to the livelihood of two people in exchange for the work they do, and I enjoy. I am not being promised a swaggy Facebook album of Jenny’s Bachelorette Bonanza in Palm Springs in exchange for having given them 20 dollars to make it the Best Day Ever for Jenny. These two situations are incomparable, and one is profoundly insulting.

Because we’re not talking about people making a living, we’re talking about them doing something fun, such as acrobat classes or a trip to Portugal. These are things all of us want to do, and have limited means to accomplish, so we must pick and choose in our own lives. We’re also not getting anything in return, such as an artistic project or new invention. We’re just getting the satisfaction, I guess, of knowing that that guy on your Facebook is going to take his new bride to Thailand for an all-inclusive resort vacation.

And this is bullshit. It’s bullshit because it’s disrespectful, it’s bullshit because it’s an abuse of the crowdfunding system, and it’s bullshit because it guilts people into contributing to something for you that they might not even spend on for themselves. Honestly, if someone on my social media was asking people to chip in for their honeymoon, I’d probably immediately wish them both food poisoning on a beach somewhere. It’s just so incredibly gauche, and considering that these people are not running a popular creative project that they’d like sponsored, they’re not speaking to an audience. All of this gauche-ness is happening within their community of friends, family, ex-coworkers, acquaintances, people you met at a party, and everything else that makes up your Facebook feed. You are shaking a can at people you know to do something fun, not tapping into the audience you’ve worked hard to build (or asking the internet community at-large to take interest in your idea).

I can guarantee that, if you’ve had the audacity to post one of these requests for Fun Money, a lot of people secretly hate you. They think you are gauche and greedy and disrespectful of their hard-earned money. And they are right to feel that way. Because the only people who wouldn’t be offended by the idea of you begging for money for a fucking bachelorette party (lol) are people you should be asking individually, by phone or email. These people are called your family, and people who are actually participating in the event. Most of us have been to bachelorette parties, and they’re already a form of crowdfunding in themselves, in the sense that you’re contributing a bunch of money for the collective greater good of a dozen-plus screaming women you barely know. The idea of doing the same and not being able to at least get drunk out of it is nothing short of an insult.

So if you’re thinking of pressing “publish” on your request for a bunch of people to chip in so that you can go learn the art of masquerade in New Orleans, or create a giant glass sculpture of Jeff Bridges at Burning Man, reconsider. No amount of money you might gather from the month-plus of digital begging is going to be worth the shame and ill will you will accrue from your social circles. Leave your Facebook friends alone, and respect their money. And if you want that badly to go on a trip to Hawaii, pay for that shit yourself. And once you start saving in earnest, I guarantee you’ll realize how much it would piss you off to have to contribute 20 bucks to someone else’s dream vacation.