If You Don’t Have Savings In Your 20s, You’re A Fucking Idiot 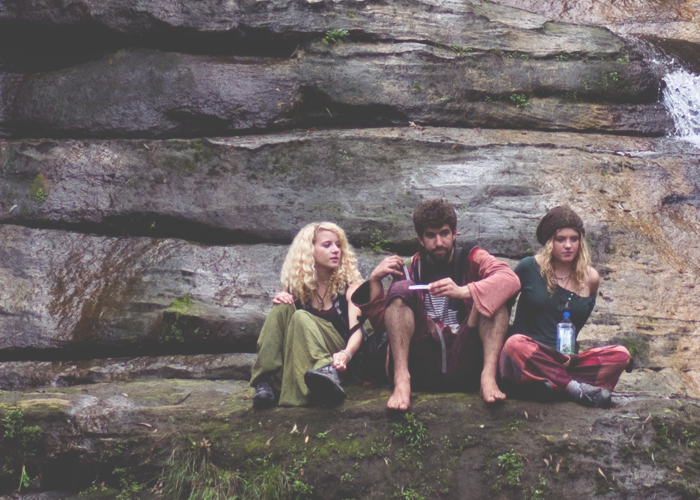 From the time I woke up this morning, to the time I am writing this (around 2:45 PM), approximately 50 people have sent me this article, titled “If You Have Savings In Your 20s, You’re Doing Something Wrong.” And I must say, I’m impressed with my own ability to curate a personal brand here — now people come to me with all of their personal finance tidbits, in addition to news about Jeff Goldblum. But onto the article in question: aside from the obvious assumptions we can draw from the title and accompanying photo of several attractive young white people YOLO’ing it up on what appears to be a safari (?), let’s take a moment to read some of the nuggets of wisdom in this millennial monstrosity:

This goes back to a piece of advice a very successful friend gave me: “Don’t save money. Make more money,” he nonchalantly stated, pushing me into a taxi.

Unlike most things people tell me, this advice did not go in one ear and out the other; it stayed with me and changed the way I look at everything from my career to my savings.

Before this piece of advice, I was frantic. I was always doubting and always feeling guilty. I lived in the most exciting city in the world (also the most expensive) and had yet to experience it.

I was trying to save, which meant trying not to eat. I wasn’t going out with friends, had yet to go to a club and had never seen the inside of a taxi.

Now, take a moment to suppress that gag reflex and let’s break this down. Because, no matter how trolly this particular article might seem — and we shouldn’t discount the troll factor here, it’s quite possible that this was concocted at least in part for the hate clicks — it echoes a fairly popular sentiment in our culture that needs to be addressed, and then promptly destroyed. We are, in many ways, the YOLO generation when it comes to finances: started off on the worst possible foot with mountains of student debt

and a recession-destroyed economy, we are left to fend for ourselves in a world that still thinks we yearn to own McMansions and drive a leased luxury SUV. We have been left with our parents’ framework for adulthood, and neither want what they had, nor have the security they took for granted.

So instead, many of us have refused to participate in the system altogether, using the idea that we might not be settled down and property owners by our 30th birthday to excuse the idea that we shouldn’t take care of our basic responsibilities. We all know the guy (or girl) who is too busy attending Burning Man and posting 200-photo Facebook albums of the event to worry about a 401k. We all know the mentality that says “We’re young, the economy’s fucked, so who gives a shit??  We’ll make money eventually.” And given that our generation’s business icons are the #disrupters who launch their #startups in their #20s after #droppingout of college and have gone on to become child billionaires, it always feels on some level like we’re one idea away from being the next, less-clammy Mark Zuckerberg.

And so even if this article is trolling — and again, it very well might be — it taps into a very real set of ideas and beliefs that are actively damaging our generation. I know this, because I was one of them. When I started TFD, I was YOLO’ing my way through my 20s, with nothing to show in my savings account, despite having a good job, benefits, and all of the right ingredients to setting up a good safety net and start putting away for the future. I had no excuse to be where I was, except that I loved instant gratification, taking taxis instead of the subway, and imagining that some far-off, smarter version of myself would come into a lot of money through some as-yet-unknown method. I was a fucking idiot, basically, so I started this blog, and have since gotten much better about money.

And I know I’m not alone, because hundreds of people have since written here, saying that their mentality was essentially the same — and that until they accepted their responsibility in creating their own future, they were doomed to live a shitty one. Obviously, if you are a dire financial situation and are totally unable to accrue any savings, you are not a fucking idiot for not having any. But if you are like many millenials and just haven’t been super smart about money, because you subconsciously believe the financial world is above your understanding or participation, you have no one to blame but yourself for going throughout your 20s without, at the very least, an emergency fund in case something goes wrong.

Because here’s the thing: there’s a very good chance that we’re going to live past our 20s, and unlike the human Anthropologie throw pillows that write these articles, we’re probably going to want to enjoy the rest of our lives. We don’t want fun, spontaneous adventures to come to a hard stop the second we turn 30, we don’t want to accept that our days of going on photogenic safaris with our friends are over, and commence the slow, grey descent into the sweet embrace of death. We want to live! And in order to do that — in order to have the freedom to pursue our dreams, to travel, to try new things and take risks — we need to have the cushion that can only come from savings. A little bit of delayed gratification today means that we can spread our fun out throughout our whole lives, instead of using up all of our “wild ‘n’ young” chips in our first decade as legal adults.

It’s just a little bit of delayed gratification, too. It’s not that you only have to save, or only have to ~live ur best life in tha big city~. It can be a little bit of both, and if we’re smart about how we utilize side jobs, speciality savings accounts, and reasonable investments, our 30th birthday won’t have to be a day-long anxiety attack accompanied by a cake. It can be something fun, and a chance to look back on all of the good decisions we made in our 20s (while stilling allowing ourselves to be human, and make mistakes). Because, yes, we were dealt a shitty hand by the economy and the college industrial complex, but that doesn’t mean we have to double down on the shittiness and treat our entire young adulthood like a hotel party where we don’t plan on getting our deposit back. We can take care of ourselves, and fight against the obstacles we have to deal with.

We don’t need to end up in a McMansion with a diversified portfolio and a polo shirt-heavy wardrobe by the time we’re 30, but we also don’t have to end up destitute and covered in Mardis Gras beads, either. And if you want to learn how to actually save while still living a relatively sweet life, enjoy this shameless plug for a video that will show you how we did it at TFD. It’s not that fucking hard. Promise.