If You Think You’re Too Good To Work For Free, Get Over Yourself 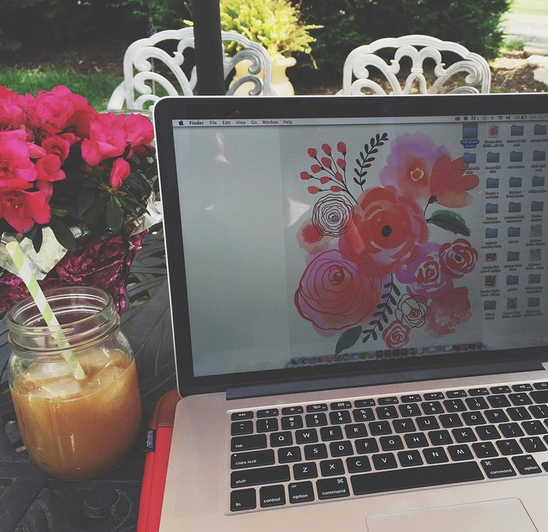 There’s a common debate in many creative and “aspirational” industries, one that flares up from time to time and never really gets resolved, no matter how convincing the arguments are on either side. The jist of the argument is: should a _____ do _____ for free? (Or for “exposure,” or “for the byline,” or “for future opportunities,” all of which boil down to “for free,” when there are bills to pay.) Since I’m a writer, I am most often aware of this debate when it happens around the act of writing, and I know many fellow professional writers feel passionately one way or the other on the subject.

As you can probably assume by my hyperbolic (but not insincere!) headline, I feel that writers (and many people of many industries) should be prepared to do some work for free. But that doesn’t mean that I don’t understand many of the arguments on the opposing side, most pertinently that it drives down the price and value of whatever service is being given away for free, en masse. I get it, and have felt the direct impact of this reality in my own career. Without naming names — because that is never worth it, but that’s a rant for another post — I have written for high-profile publications with money to spend, who didn’t spend a cent on my work. At the time, I was much less aware of how the market worked, and didn’t advocate for myself. But the expectation of free labor cost me directly, and though I probably could have gotten 100-200 bucks for my work instead of zero, I didn’t. And I know that this happens all the time, to people much more vulnerable than I was back then.

In some ways, I can’t fault the publications for not giving me money. First of all, I didn’t ask for it, which is the biggest hurdle that people seem to not understand is in their way. If you are writing for a publication that you can guess has some money to throw around, it behooves you to ask for some of it. Not asking for it means that they get to avoid the question, keep the money, and still get the work out of you. It’s doing you a disservice, and the worst thing they can say is no. So I get why the publications didn’t pay me back then for that reason alone, but even if I had asked for it, I’m not sure that they would have deemed me worth paying for, because I hadn’t demonstrated much value. And that is probably the most important thing, in any industry.

The truth is that, to demand money from an employer or client, you must prove to that employer or client that you can generate some value for them. Many times this is rather clear-cut, and for professions that have a more streamlined and straightforward certification process, it’s easy to go to someone and say “Look, I can do this job! And some institution has signed off on the fact that I am qualified and capable!” (And I would argue that even in those situations, whether you’re a teacher, doctor, lawyer, or any number of technical jobs, you have some period of apprenticeship where your labor comes in exchange of the privilege of learning the job.)

But in industries where qualification is not clear, and value is more vague, it’s up to you to determine how you can make yourself a desirable candidate. You can’t just walk into a prestigious ad agency and say “Hey! I have a degree in advertising from Don Draper University. Give me the job!” and expect them to give it to you. It’s much more complicated than that, and the job may well end up going to someone whose formal training is not in anything to do with advertising. They just might be an incredible graphic designer with a robust portfolio, and perhaps no degree at all. (A Creative Director friend was poached out of college based on an extremely strong portfolio.) Is this unfair on some cosmic level? Maybe, but the universe also doesn’t owe you a job, particularly in a field that is so competitive that many people will spend their whole lives trying, unsuccessfully, to get one foot in the door.

Which brings me to the reason the “should you work for free” debate seems, to me, a little misguided. To me, it’s not “should you work for free,” but rather, “how and when should you work for free.” Because I do think, first of all, that everyone should work for free at some point, at the very least when they are just starting out and something like “exposure” or a “byline” is actually something of value. But more than that, I think that there is a time and place for everyone to do free work, at every part of their career. It’s just a question of balancing it out with profitable work, and figuring out when and how it will benefit you the most. But doing work for free can be a really useful way of “demonstrating value” in an industry whose qualifications are more abstract.

Having a blog, for example, can be a great way to not only experiment with and ideate content, but also a way to gather a small following of your own that can eventually follow you other places. Same goes for a robust social media presence. Yes, these are things you’re doing “for free,” but they’re very much in your own interest, and can often get you off the ground into your first step of “having someone notice me enough to allow me a bigger platform.” At first, yes, the jobs you get will likely not be paid, and it’s important not to get into a rut of never being paid for them, but there is going to be a time when “awareness of your existence” is compensation enough.

And even when you’re more established, if you’re looking to change gears or go freelance instead of staffed, you may have to start doing unpaid work again to change your career direction. This site, for example, is something I was doing “for free” for the first six months, until monetizing it, and even now it will be a while before I’m drawing a salary comparable to the one I had when I was a staff member of a bigger operation. But the “free” aspect of it was about building a brand, establishing a presence in a field, and creating a body of content. If I wasn’t prepared to do a lot of work “for free,” I would never have been able to have my own site. It’s not something that the world owed to me, but it was certainly something that I wanted to build for myself. And, barring a sizable trust fund which allows you to experiment risk-free in new career paths, this is what’s required.

You must establish your own value, and your own qualification. You must be able to go to any employer or client and say “This is what I am worth, this is what I can give for your dollar, this is why I deserve it.” That could be anything from the audience you bring, to the tested performance of your work, to a niche and specialized perspective or expertise you bring. Value is totally variable, and while one client might be looking for prestige and brand quality that comes with working with you, another might be looking to tap into the sheer scope of your audience. But all of these things — reputation, audience, brand — are things that cannot be bought and paid for. These are things that you must create yourself, starting from zero, sometimes by doing free work, because at that point you are not measuring your compensation in dollars, but in an unquantifiable notch on your belt.

No one is too good to work for free. Even the biggest and most respected artists sometimes give their stuff away, if only for charitable reasons or because they really, really like someone. But there is never a point at which your stuff is so good that, even for opportunistic reasons, it’s beneath you to be compensated in something other than money (even if that compensation is as simple as exposure to a big new audience). Free work is something everyone can use to their advantage, and can in many ways make up for the lack of distinct certification in so many industries. While you may not have a degree in whatever it is you’re looking to do — in fact, they may not even offer a degree in such a thing — you can build up a body of work that allows you to say, “I know how to do this, and I’m good at it, and this is the proof.” And though it may not seem like it at first, take it from someone who has worked for free and for a lot of money: sometimes that body of work is better than a paycheck.