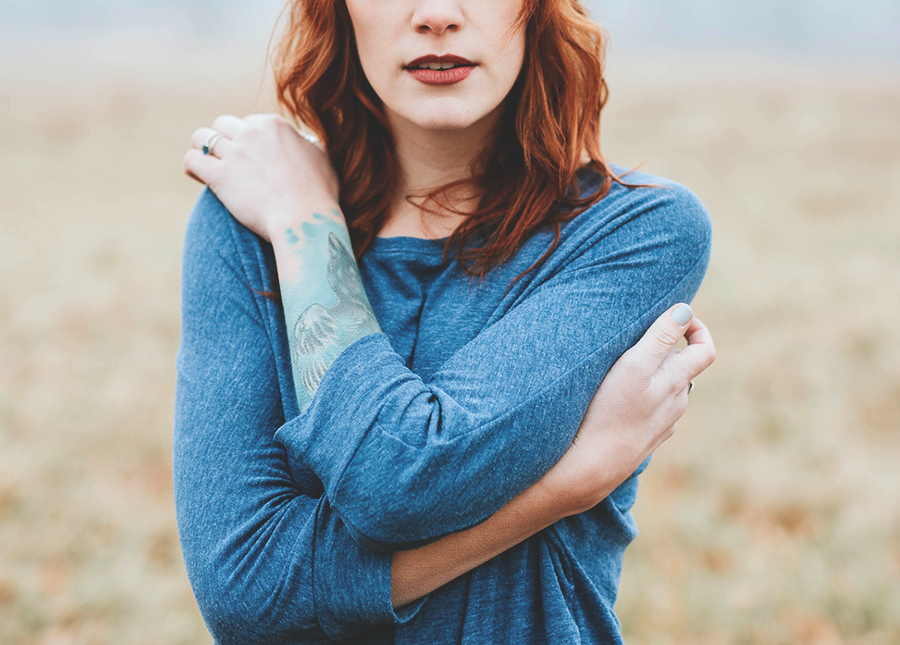 I was going to start this post off as a quick recap of my goals for the new year, and turn it into a bit of a how-to post, but every time I tried to sit down and write it, it didn’t make much sense. I was trying to shoehorn why these were my goals into like, a paragraph or two, but without the context of the past year, it was kind of jarring. See, this past year was a big one, which makes sense when you look at what my goals were. I was all about…

Those were my main priorities, and because they were my priorities, they got done. To the point that when we finally moved into our new house, and I took two weeks off of everything to focus on moving in and relaxing a bit, it pretty much broke me. Behind the scenes of my posts about the home-buying process, I was working with multiple freelance clients, delivering anywhere from six to ten articles a week, managing client calls, keeping track of deadlines, running my own blog (which was doing two posts a week in the lead-up to the move), and more. All of that was on top of the small tasks of having a full-time job and trying to feed myself and be a functioning adult who still had clean laundry sometimes.
That all felt fine at the time…until I stopped doing it all for two weeks and realized how truly, deeply unsustainable it was, and how stressed and tired I had been. My typical day was to wake up, walk the dog, go to work for eight or nine hours, come home, scarf down some food, sit back down at my laptop, and crank out another four or so hours of work. I’d close my laptop when I had too bad of a headache to continue, and call it a night.

Every day.
Now it’s not like I was doing that for months, but for the few weeks before the move, that was my entire life and my entire focus. It had ramped up slowly to that point, but I somehow missed the turnoff to “sustainable work-life balance” and went straight into “wow, you need to quit everything because you’re so burnt out.”
So that’s kind of what I did.
Luckily, the summer is a slower season in personal finance (everyone is more interested in drinking on patios than budgeting, I get it, that’s fine), so it’s not like I was turning down huge projects or gobs of work or anything. But when things did start to ramp back up in the fall, I was also starting a brand-new job, and I was really conscious of not ever wanting to go back to that volume of work. I wanted to be able to rest, so I could bring my A-game when I was at work (and when I was working on the projects I did decide to say yes to).
So I got pickier, and I’m glad I did, because some truly amazing projects came my way in the fall, and I had the bandwidth to say yes to them. Plus, my priority was always to make sure that I had the time to keep posting on my blog on a regular schedule, because my favorite part of all of this is connecting with readers — by email, on Twitter, and on Half Banked.
And it’s hard to write about the behind-the-scenes burnout without making this sound like I had a bad year, so I want to clarify that last year was amazing, in case that got lost in translation. It was a year full of things I never thought I would achieve or do at the beginning of the year — it just happened to be a bit too much at one point, and I didn’t figure that out until I was in the middle of it. And aside from a tweet here or there joking about 2017 being the year of hustle-slash-burnout, I never really shared what was going on with me. Or what wasn’t going on.
Here’s what didn’t happen last year.
Aside from completely burning out, and doing amazing work with fantastic companies, I also fully stopped going to the gym for most of the year. Yes, even after I got better at making intentional choices about my workload. Let me tell you, it was super fun times when I decided to get back into it by doing what was a “good leg day” for me at peak fitness. Long story short, I couldn’t walk for three days. And in news that will surprise no one, I also ended up at my heaviest weight ever. Whoops.
Was any of this intentional? Of course not. But while I was busy focusing on my priorities — working more, earning more, and buying a house — I had to let other “priorities” drop, hard. Like my health. What I learned is that if you really focus on a priority, because it really matters to you, you can do a lot in a year. A year is a heckin’ long time, and because I focused so intently on those three things, I was able to exceed basically every goal I set in those areas. (Except the house — it’s not like I bought three houses instead of one. Three is too many houses.)
But this year, I don’t want to focus on hustling harder, making tons more money, or buying a house. Partially, I’m just tired. I just need to have a weekend every now and again, and I understand what that will “cost” me in terms of earnings. I’m cool with it. Consider it my two-day early retirement every few weeks or whatever.
But I also want my main focus and priority to be my health.
Luckily, that doesn’t mean I’m going to go off the rails with my money. I’ve got projects lined up that are reasonable to tackle alongside a full-time job, and I’m learning to say no more and better. My personal money situation is basically on autopilot: I’ve got all my automatic contributions setup to work behind the scenes, my investments are totally hands-off thanks to Wealthsimple, and my tracking-my-spending game is still on point.
Now, when I look at how I’m spending both my time and my money, I have a new true-north: Is this helping me achieve my health goals?

Non-money goals are still money.
And even though they aren’t specifically money goals, I wouldn’t be a personal finance blogger if I wasn’t still aware of how much my health goals are going to impact my personal finances. It’s already shifted what I’d consider buying and has led to a few key purchases. Specifically…

Total spending on health stuff so far this year? $332.06. I’ll (obviously) keep tabs on my health spending and update you guys on how it’s going over the course of the year, and it might even work its way into a post or two. Of course, there are ways you can be hella frugal with your health, and you don’t need any expensive gear or plans to get started — this is just me recognizing that it’s an area I want to invest in, and I’m making purchases based on what I know will keep me happy and motivated to keep moving my body (and feeding it well).
Plus, I’m making them instead of other purchases, and all of it’s either coming out of my general “fun” budget, or it’s covered by my work benefits. (I’m very lucky to work for a company that gives people flexibility in terms of what kind of benefits they choose to claim, and how they want to use their benefits account. We use League, which is pretty much the coolest platform ever.)
I’m also eating way more vegetables, and I’m doing a modified Dry January, both of which have overall positive impacts on my spending. If you’re interested: I’m not drinking until my birthday (January 26th, you should send me cute dog photos on Twitter, it’s A Thing) and then when the nutrition course kicks off on January 29th, I’m back on the Dry-End-of-January-and-most-of-February train. I’ve always found that Dry January, which I’ve done for four years now, is a good reset to help me be more intentional with alcohol, and I think that this is a great manifestation of that. I’d love to celebrate my birthday with a glass of wine, and it’s no big deal to me to commit to another few weeks without alcohol.
So if 2017 was the year of hustle, 2018 is the year of health.
I can’t wait to see how it goes.
Desirae blogs about money at Half Banked, and spends altogether too much time on Twitter. She takes “money nerd,” “no chill” and “crazy dog lady” as compliments.