I’m The Taylor Swift Of My Office, And I’m OK With It 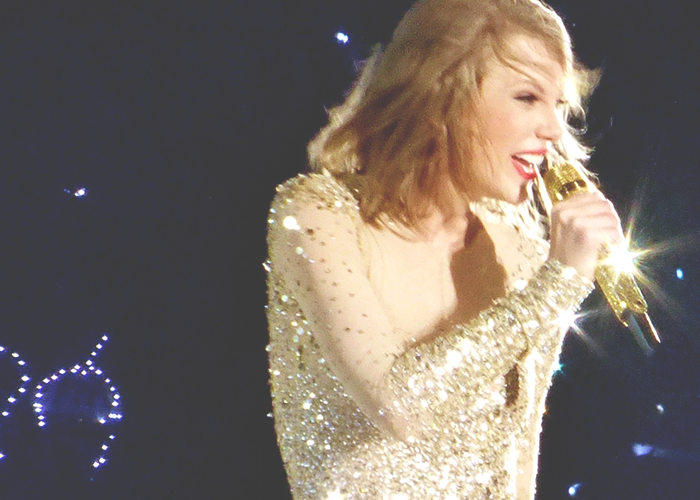 I always give restaurants, TV shows, and full albums three tries before I swear them off. I figure that I can’t truly say I don’t like something if I’ve only tried it. But someone I never gave second thought to was Taylor Swift. Her constantly bubbly personality seemed so fake to me, and something about her voice just irked me.

Yesterday, in a conversation with a superior in my higher-education institution where I’m employed, I was told (not for the first time) that my persoInality rubbed some folks the wrong way. How could I actually be that happy or laugh that loud in an office environment so regularly? Who likes their job enough to have such an open-door policy? Why do I just pop into someone’s office rather than sending them an email with a request?

This morning, while on my second try of listening to Taylor Swift’s “1989,” I had a mix of emotions. Secondhand embarrassment that I felt like I so intimately knew who this woman was based on celebrity gossip and speculation of what songs were about who, annoyance in the relatability of the bubblegum-poppiness of it, joy in the fact that it sounded a twinge 80’s…and then “Style” came on. I was low-key bopping to the song and suddenly it hit me: I’m the Taylor Swift of my office.

I am seen as young, fun, happy, and excited about the work that I’m doing. I believe in the major strides my department is making in the world of education and I really enjoy spending time with my colleagues. I have a pot of coffee that brews all day long so that I can get to know people who are going to use the Keurig by inviting them in for my more eco-friendly option. And this is seen as so many things by others in my environment. No, not negatively, but as something completely different.

All organizations and businesses have dark moments, and anyone working in higher education can look back on a time when the school was seeing hard times. For many of us, those hard times were just a few years back, when our country went through a financial crisis and student enrollment, especially in graduate and PhD levels, dropped drastically. For me to come into this position with such joy came off to others as rude. There are departments in my institution that are still healing from layoffs, from walkouts, from people being fired, and from less student enrollment meaning potential shutdown of their work.

Though this has not been my experience as I have entered my job at a time of slow abundance, for me to not recognize how my attitude can come across to those who made it through really dark times is hurtful. I had always read animosity toward me as a dig at me being a young professional, but now I’m learning that it comes from a place of caring by colleagues who saw people with my same attitude get shoved right out the door.

After this pop-culture recognition of my personal self against that of someone I found to be insufferable, I’m seeing her in a new light. Little lyrics that I can assume are about a breakup now relate to my interpersonal relationships with those across departments in my career. I am now going to be aware without being wary – I don’t plan on stifling my unapologetic exuberance for my work life and personal life while in the office, but I could stand to be more mindful of what it looks like to those who may be struggling in their positions, getting things done behind closed doors that help the cogs of my office function like a well-oiled machine.

I’m going to think before popping into someone’s office for a quick question and ask myself: just because I’m comfortable in getting things done quickly and relationally, does it mean that _____ feels the same way, or would they prefer to work through their email as their to-do list for the day? If I can’t answer that question, I should probably go the safe route and check in digitally.

Being an extrovert who works relationally is becoming more commonplace for twentysomethings like myself who have been taught to do so in our households growing up, in our educational systems, and in our personal lives with our lovers and friends, but it may not be the way that those who are institutionally-minded have been taught to function. I could stand to be more attentive, and in doing so I can be seen as more than a “Bad Blood”-esque person, only looking out for my own squad. In also being sure to not cover my own sunshine, I’m keeping in mind that sometimes there are people who just happen to not be in a great place in their lives, both personally and career-wise. Now I have the knowledge that sometimes, it’s okay to shake them off.

Alison Wisneski lives, loves, and writes in Denver, working with graduate students to help them connect the dots for successful careers upon graduation. Follow her on Twitter and Instagram