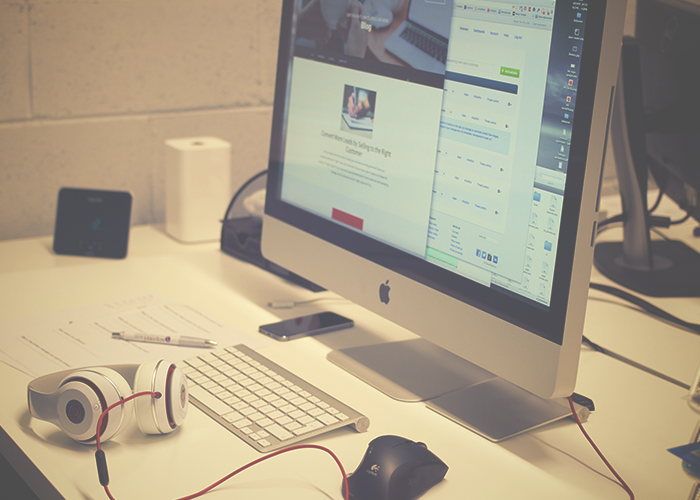 I don’t remember too much about the day I received my Master’s in education. It was sunny—or maybe, was it raining? My parents were there, and they took a picture of me in front of Longfellow Hall, so I know I was too.

The whole year had been a whirlwind—yep, just a single year. I didn’t even have to write a thesis. Two semesters, eight classes, wham, bam, thank you ma’am: I had a degree from Harvard. Priceless, right? Well, yes, but also extremely expensive. I was 22 when I received that degree. I’m 39 now, and I’m still paying for it. The final payment is scheduled to be taken from my bank account a few months before my 57th birthday.

Currently, I owe $37,391.47 in student loans on both graduate and undergraduate degrees, but that figure rounds comfortably past $40,000 when you include my credit card debt, which could be regarded as school debt despite the fact that it didn’t go to pay tuition—more on that later.

(To ascertain the exact amount of my student debt, I had to log on to the website of loan servicer Mohela, which asked me a security question: “In what city is your vacation home?” Believe it or not, Mohela, I actually don’t own a vacation home. Maybe when I’m 57, I’ll consider my options for an investment property.)

With each year that passes, it seems stranger and stranger that I’m still paying $251.62 a month to cover the cost of classes I took when I was 18, of tabbouleh pockets I ate in the dining hall when I was 19, of the roof that was over my head when I split my first six-pack of beer with a friend while we watched The Hunt for Red October.

I was raised in a middle-class family in St. Paul, Minnesota. My dad started college at the University of Minnesota before being drafted right out of school to serve during Vietnam; he never went back. After high school my mom spent several months earning a certificate from secretarial school, then went to work in an office and soon met my dad. Dad worked in housing finance; Mom stayed home to raise my siblings and me, then she took an office job at a local university.

I’m the oldest of the four kids in our family, so when I did well on my PSAT and started receiving letters and flyers from colleges across the country, the mood in our house was both excited and a little nervous. My parents were proud that schools in California and New York were interested in me, but the price tags at many of the schools looked staggering: $20,000 a year for tuition alone. Everyone said there was financial aid, but it seemed hard to believe that kind of education was anything our family could afford—especially with another kid heading off to college in just three years, then another one three years after that, then another one three years after that.

My mom still remembers looking with disbelief at my offer letter from Boston University. They promised substantial grants, to be supplemented by several thousand dollars in student loans as well as a parental contribution that was stiff but—well, not $20,000. “I think this means you can go to Boston,” my mom said with happy surprise.

I recently found the big box of paperwork detailing our four-year history of financial negotiation with Boston University. There were pages and pages of hand-written calculations by my mom, and copies of all my promissory notes—including the very first student loan agreement I signed, in 1993. What, I wonder, did the 18-year-old me think my life would be like in 2015? Did I realize I would still owe that money?

A letter from my mom dated November 18, 1996 appeals a decision by BU to reduce my senior-year scholarship by $2,000, an amount that “will cause a financial burden for my husband and myself if we have to pay it,” wrote Mom. Her letter concludes that “my son will be graduating in May, 1997 and has had a wonderful educational experience at BU. For this I am grateful.”

I did in fact graduate that year—technically, in September rather than May—and went on to Harvard, deferring payment of over $20,000 I’d amassed in student loans over my four years of undergraduate study. In just one year of graduate education, I doubled that debt. For my one-year Master’s program I borrowed nearly all of my tuition money from the government while working a part-time job to pay my rent. By June 1998 I was completely finished with student loans—at least, with the borrowing part of the process.

After a year working as a research assistant, I entered a funded doctoral program in sociology—a program that would take eight years, popping me out at the other end with a Ph.D. and still with $50,000 in student debt. I’d taken an in-school deferment on my loan payments, writing my dissertation as the mountain of money I’d borrowed quietly accumulated interest.

By the time I received my doctorate I’d supplemented my student loan debt with about $10,000 in credit card debt, accumulated during the boom-bust cycle of graduate student funding. My tuition had been covered by the university and I’d received stipends to cover my living expenses, but those stipends came in fat chunks with long dry periods in between, and often with the timing and size of future payments contingent on grant applications.

I started making purchases here and there with the Discover Card account I’d first opened to buy a computer during college, telling myself I’d pay the debt off when my next stipend check came in—but then the stipend check would come, rent would be due, and Discover would be content with just $81 a month, most of which was simply an interest payment.

My parents bailed me out once on my credit card debt, and we agreed I’d certainly learned my lesson. Then, I turned around and racked that credit card debt right back up again. I haven’t added to that debt since I finished graduate school for good in 2007, but it’s not going away any faster than the government debt is, so I’m now paying a total of about $450 a month to service the debts I accumulated during college and grad school. That’s only about $75 less than I pay in rent each month.

That $40,000 obligation is money I owe, because it’s money I spent. I signed the forms and the notes and the contracts and the receipts agreeing to accept that money when I was 18, and 21, and 26, and 29—and now it’s up to the 39-year-old version of me to make good on my promise to pay it back.

Writing from the perspective of my present self, I realize that I’m not really the one who the younger me expected to be making those loan payments. What I mean is that I don’t think I actually realized, when I was signing that promissory note at age 18, that the guy who would be paying that loan off in the 21st century would actually be me—the same guy, with the same Isaac Asimov paperbacks and the same birthmark on my chest and the same phobia about pens that aren’t clicked shut.

Whom, then, did I imagine would be making these payments? I think the answer is that I envisioned the payments being made by an adult: someone with such fantastic reserves of money that it would mean something totally different than it did to 19-year-old me. In short, I don’t think I realized that the $50,000 I was borrowing would ever feel real.

It doesn’t, in a sense—but it does feel real when I cross my fingers and turn the key in the ignition of my rusty Taurus, instead of the new car I could afford if I didn’t have a student loan payment to make every month. It feels real when my shower slows to a trickle because of the janky plumbing in this old building, instead of the newer building I could afford with another couple hundred dollars a month. It feels real when my ass is sitting in a booth at the CC Club instead of in a poolside lounge chair on the vacation I could have paid for with the thousands of dollars in student loan payments I’m making this year.

Was it worth it? That question is impossible to answer, because if I hadn’t made the decisions that involved borrowing that money, my life would be very different. College and grad school were learning experiences, and not just in an academic sense: I learned what makes me happy, I learned how to be more confident, I learned what I don’t want to do with my life. If I knew then what I know now, the amount of money I borrowed would be far from the only change I’d make.

If I could give advice specifically regarding student loans to my younger self, though, it would be this: take them very seriously. That’s real money, and it’s going to be you paying it back. Don’t be misled into thinking that your loan burden is a negligible variable when choosing among schools. It’s a very important variable. Right now, you think that your future self won’t even notice those payments. Believe me, he’ll notice.

This is the part of the essay where I’m supposed to get on a soapbox and say that the current system of higher education funding is unsustainable and, in some ways, outright immoral. I think that most reasonable people already know that. Education is like health care: it should be made freely available to all, funded by collective investment. This is America, though, so I know that’s not going to happen. I do, though, hope that the inevitable changes to come bring more transparency and fairness to the byzantine, brutally unfair system currently in place.

My student loans are a pain in the ass, but at least I got what I paid for: a top-notch education, with fancy degrees to prove it. I even took the luxury of changing careers into journalism, forgoing the additional tens of thousands of dollars I’d possibly be pulling down each year if I’d stayed in academia to maximize my earning potential. Many students start with fewer advantages than I did, then are coerced into debt in pursuit of degrees they don’t even complete, sometimes being so heavily burdened that they’re driven into default or even bankruptcy. Things could be worse—a lot worse—than they are for me right now.

Still, my loans are part of a growing mass of student debt being accumulated by Americans from all walks of life. Tuition at Boston University was about $20,000 a year when I was there in the 90s; now it’s $47,422 a year, an increase that’s way ahead of inflation. Legions of students who are in college right now will end up like me: spending the majority of their working lives making substantial monthly payments on student loans. If you haven’t become one of us yet, think twice before you do.

Jay Gabler is a writer, producer, and co-founder of The Tangential. He is on Twitter.