10 Interview Myths I Always Believed Before Getting An Office Job 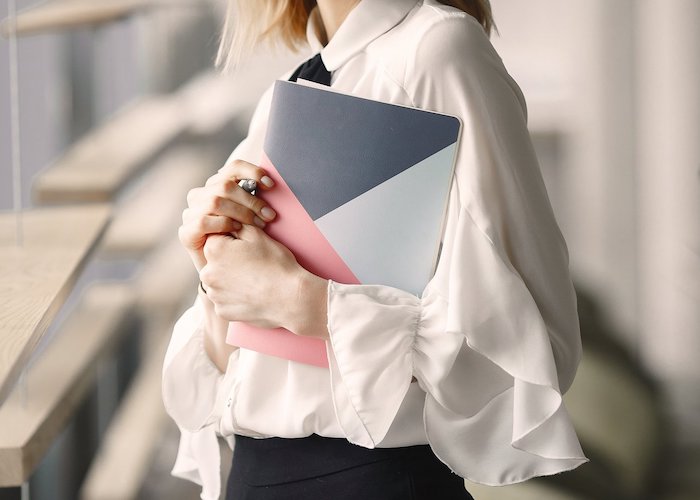 Back in grad school, I was getting ready for an interview for a part-time non-profit position. I had gone through a few interviews before and considered myself “not terrible” at them. I could flip a switch and showcase my most competent, cheery, go-getter self while also authentically integrating phrases like, “I’m a team player,” and “I love a challenge!” into the dialogue. I had a “How To” interview book my sister-in-law gave me years back that I’d meticulously studied and memorized, so I felt confident about answering most questions.

But as far as etiquette went, I wasn’t so sure. I had only ever been interviewed for server and barista positions. Although, right after I graduated college, I worked as an on-call substitute preschool teacher’s assistant and the only interview question I was asked by the agency was, “If you complete this background check, am I going to find out you’re a felon?”

This particular interview was a little bit more buttoned-up, and so I was nervous. I based all my interview knowledge on formal interviews I’d seen in movies and TV — which were always dramatized, so I wasn’t sure who or what to trust. This was in 2012, so times have definitely changed (and some of these “myths” probably had some or a lot of truth to them back then, to be honest). But it’s what I believed.

After about five years of having experience hiring people (and going through numerous interviews myself), I can attest that most of these (in most workplace cultures in the U.S., at least) aren’t true — anymore.

1. Nobody will hire you if you have tattoos.

I got my first tattoo when I turned 21, and my second when I turned 23. Both are pretty awful, but that’s beside the point. When my mom, a conservative immigrant in her 60s, found out, she burst into tears, called me a disgrace, told me I would be the reason for her early demise, and told me I’d never be able to find a job. (She has since mellowed out, but to this day hates that I have tattoos.) It didn’t help that I come from a Jewish family, and in the Jewish culture, tattoos are considered taboo (considering millions of Jews were branded by the Nazis with ink during the Holocaust). It was all very traumatizing for her, given her background and upbringing, but I did wonder: If a hiring manager saw my tattoos, would I automatically be disqualified from the job?

The answer, in 2020, is no — in most cases and most industries. I’m sure there are companies out there that lean more toward the conservative side, but considering so many people have tattoos now (one in 10 Americans have one, according to a recent poll), getting inked just isn’t really a huge factor when it comes to getting a job. Unless you have something like “Hail Satan” inked across your forehead.

Oh, and the same thing goes for piercings. I’ve had a nose piercing on-and-off since I was 19, and it’s never impacted any interviews (as far as I know). Again, it depends on your industry (many upscale restaurants may not allow it, for instance — I had to take mine out when I was a server in college), but piercings and tats aren’t considered as taboo anymore.

I used to be so scared of wearing anything “edgy” during an interview, and back in my late teens and early 20s, I considered black nail polish for ~nonconformists~ and rebels. Before any interview, I’d scrub off my Wet ‘n Wild black polish and either go bare or apply a demure pink, just in case. I didn’t want the interviewer to get the wrong idea and think I was like, an anarchist or something.

2. Your resume needs to be presented in an expensive-looking leather Wolf of Wall Street-esque folder.

I could never afford one of these folders, but I always wondered if I would appear more professional if I presented a copy of my resume in a leather-bound folder. I guess maybe in New York in the ‘90s if you were up for a stockbroker position, but these days? I think you’re safe with a regular Manila folder (fun fact: I used to think these were called “Vanilla” folders up until age 25), or just making sure your resume doesn’t get crumpled up on your way over to the office. TBH, I don’t think any hiring manager will notice what vessel your resume comes in, and they probably already have one printed out, anyway.

3. You should mail a hand-written “thank you” letter after your interview.

Some may push back against this and argue that this kind of personalization and thoughtfulness is key to getting the job, but I have never written or sent out a physical “thank you” letter, nor have I ever received one. I do think it’s important to send an email a day or two after the meeting thanking the recruiter or hiring manager for their time. That simply shows you’re a nice person who’s excited about the job opportunity and are aware this person (or people) did take time away from their day to chat with you.

4. Everyone will read your cover letter.

Confession: I have never really read a cover letter back when I was hiring people. I’d maybe scan it, but I never based my decision to bring a person in or call them up for a phone interview based on a cover letter. A few recruiters I’ve spoken to have told me they just don’t have enough time in the day to read stacks of cover letters and get through their accompanying resumes. It’s overkill! That said: If a company requires a cover letter when applying for a job, definitely put some time into it before you submit it. But also? Don’t sweat about it too much (just please make sure you change the company and position name in the body of the letter, and at least tweak it slightly so it looks somewhat personalized).

5. Trick questions will be asked to purposely trip you up.

I’ve heard some big-name tech companies in Silicon Valley will ask you really bizarre questions to vet your personality. Allegedly Apple asked candidates, “If you were a pizza delivery man, how would you benefit from scissors?” And to that, I would say, “Why are you assuming all pizza delivery people are men? Also, I was a pizza delivery person in high school, and I can speak with authority that you don’t need fucking scissors. Next question.” So, whatever, I probably wouldn’t get a job at Apple.

Mostly though? This doesn’t happen. Recruiters and hiring managers don’t want to waste time. They certainly aren’t huddled up brainstorming weird, brain-twisters to spring on candidates. Hiring managers especially are probably just as nervous as you are, and they probably just want to get back to work. You’ll most likely get asked questions that reveal aspects about your personality, like “If a fellow employee dropped the ball on a major assignment you two were working on, what would you do?”

6. The best answer to “What’s your major weakness?” is “I have a hard time delegating.”

This was my go-to answer for the longest time because I read that you should say that in that interview book I told you about earlier. Hiring managers don’t actually want to hear about your real-life fuckups, but being a little truthful can help, too. And everyone knows everyone makes mistakes at work. Think about a time when you really did drop the ball and explain how you turned the situation around using your amazing, analytical toolkit. Use words like “proactive” and “ownership.” Don’t turn this question into making yourself look perfect, because, by this point, most recruiters and hiring managers see through that.

7. The hiring manager is totally prepared for this interview.

In fast-paced environments, many hiring managers (including myself, not too long ago) are forwarded resumes an hour before the interview. I might check the candidate’s LinkedIn, but sometimes, I just didn’t have the time to fully prepare. And that goes for a lot of managers I know. Of course, I was as present as possible during the interview (I never wanted to be disrespectful of anyone’s time), but some managers might even seem checked out. (Which, TBH, is a red flag anyway.) Just don’t always assume the person interviewing you is as diligent about that process as you are — and that can even help take some of the pressure off. They’re human, just like you.

8. You’ll be asked about your education.

I’ll keep this short and sweet. Pretty much nobody cares where you went to college anymore.

9. You must wear Fancy Person clothing to get taken seriously.

RIP to all the itchy pencil skirts I bought myself at TJ Maxx. I guess interview uniforms are a generational thing. Probably even a decade ago, you were maybe expected to show up in a skirt, slacks, or suit and tie (and in some industries, this is still the case!). But if the recruiter doesn’t specify what the workplace attire is, do a little Instagram- and Google-sleuthing to find out what employees actually wear to the office and level up just a tiny bit more. Even if everyone wears hoodies and leggings, you’ll maybe want to wear a nice pair of jeans, flats, and a comfortable button-up shirt. What usually matters is that you look put-together and that you tried.

10. You’ll get the job if you’re the most qualified candidate.

Unfortunately, so many things beyond your control go into the hiring process, so try not to feel ashamed, angry, or disappointed if you didn’t get the job even though your resume is killer and everyone seemed to love you during your interview. Nepotism, office politics, and other factors weigh in the process, so just think about it this way: You gave it your best shot, you sent a friendly “thank you” email two days later, and the rest is up to the universe. Better yet? You just gave yourself more interview experience, so that your next interview will be even more of a success. 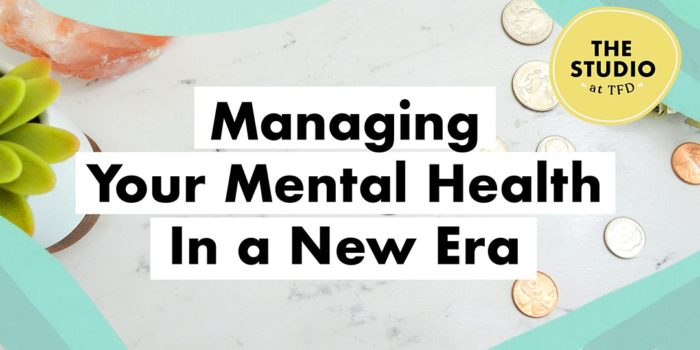